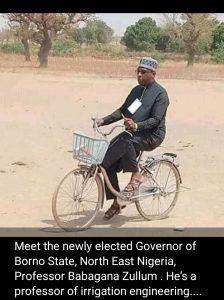 The defeated at the poll governor Bindow of Adamawa state, was quoted as declaring that never again would the “‘yan boko,” interpreted to mean “the elites,” rule Adamawa as governors, even though he was not to lead without the elites as his Chief of Staff, SSG, Head of Service with some commissioners among others and that Adamawa is elites controlled state, as the 2019 added to previous gubernatorial elections have fantastically revealed.

The Adamawa electorates with integrity, would have preferred governor Bindow to build a Zulqarnain mighty wall against Gog and Magog, living no window between corrupt politicians and Dougirei Hill; the Adamawa government house, than threatening to ruin wisdom, knowledge, experience and intellect from ruling or running the state affairs. This however, is now a history. Jump that.

In an action, typical of metaphoric reaction to Bindow’s against the elites position, in a state miles away from Adamawa, though still in the northeast Nigeria, the teeming electorates, joining the elites to break history, elected a university Don to serve as governor in Borno State.

HE Baba Gana Umara Zullum has made a history as the first Professor in the country, not only in Borno state, to be elected governor, the Periscope Global Investigate would reveal.

The humble and easy going Zullum, in some quarters referred to as comrade, known for generosity with knowledge, is a Professor of irrigation engineering with Universality of Maiduguri, Borno state.

Zullum secured the governorship ticket under the ruling party the APC. Added to the acceptability of the party in Borno state, was his popularity, simplicity, fairness and integrity. The composite of all endeared the electorates to the intellectual to be entrusted with a landslide victory in the gubernatorial election held on March 9, 2019.

Zullum’s election as the next Governor of Borno state, is a testimony to his acceptability by Good people of the state.

The Periscope Global, joining the popular call, having commended the people of Borno state for making a professorial history in governance, congratulates Prof. Baba Gana Umara Zullum the governor elect. 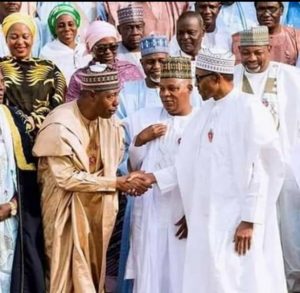 The Periscope Global extends its hearty congratulations to HE Governor Kashim Shettima for clinching the Borno Central Senatorial Zone after having served the two years tenure as the Borno state governor, Senator Abubakar Kyari for being elected as senator representing Borno North along with Sen. Mohammed Ali Ndume for succeeding himself to represent Borno southern zone.

The entire members of the house of representatives and the elected Borno state assembly members, are equally challenged with the Periscope Global congratulations.