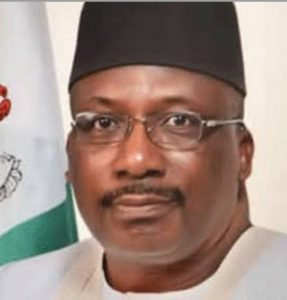 The recent decision by the Ministry of Interior in Nigeria to domesticate the production of the Nigerian international passports has brought to the fore, the remarkable work currently being done by General Abdulrahman Daambazu and his team at the ministry of Interior.

Although many individuals including Dr Mike Uyi, the President General of London based Global Peace Movement International, were of the view that nothing less was expected from a man that once held the topmost position in the Nigeria Army amongst other countless honnours.

Others said they were convinced that the speed, efficiency, discipline and accuracy with which that laudable objective was achieved by the interior ministry, would remain a reference point in the annals of good governance in Nigeria for decades to come.

In retrospect however, it is on records that Nigeria has for more than fifty decades paid out humongous amount of dollars to foreign firms and nationals outside the country to produce the widely required traveling documents, the Nigerian passport.

Nonetheless, with the Memorandum of Understanding that has now been signed for the domestication of production of Nigeria’s international passports between IRIS SMART TECHNOLOGY LTD, an indigenous company, and Nigerian Security Printing and Minting Plc at the Ministry of Interior in Abuja, the production of e-passport would now be done in Nigeria alone and would no longer be contracted to foreign firms.

It is also important to note, going forward, that the domestication of the production of the Nigerian passport in Nigeria and by Nigerians will translate in multipliers effect worth hundreds of millions of dollars for the Nigerians economy.

What this also translates to in the real sense, is that the General Abdulrahman Dambazau led ministry of interior, has saved for Nigeria, now and in the years to come, millions and millions of dollars that can now be ploughed back into meeting the development needs of Nigeria and Nigerians.

This positive development for the country in general, and for the economy in particular, was attested to by the minister himself in his remarks at the ceremony when he attended, witnessed the signing of the historic and nation changing MoU.

According to General Dambazau, the process that led to the signing of the MoU began about two years ago. Before then, the minister said, passport booklets were produced outside the country.

Amongst other numerous socio economic benefits in that regards, the advantages of Nigeria producing the e-passport in Nigeria and by Nigerians include the protection of our national database.

“Producing the Nigerian international passport locally, would provide employment for Nigerians and make us acquire skills in passport production, as well as the technological know-how in the production of high-quality passport booklets.

“We must ensure that we provide Nigerians with the best quality passport booklet because that is what Nigerians deserve,” General Dambazau said.

Speaking in the same vein, United States of America based Healthcare Specialist Dr Queen Enyogai, said ensuring that domestication of production of the passport was achieved would remain one of the greatest achievements of the current administration.

Lamenting the hassles that Diaspora based Nigerians have to contend with in the quest to secure their country’s international passports, Dr Enyogai said what the minister has achieved would go down in history as a recognisable service to God and country.

However, she applauded the minister and the interior ministry for the resourcefulness, conscientiousness, dedication and determination at seeing the project through, saying what was done outside the country could now be done in Nigeria.

On his part, Activist and Human Development Expert, Mr. Sam Okereke, said the achievements of the interior minister was not limited to saving hundreds of millions of dollar and creating jobs and opportunities for Nigerians through the domestication of the production of the Nigerian passports.

Okereke said personal visits to parts of the country revealed super achievements of the minister and ministry, including improving the conditions of prisons in Nigeria.

According to him, personal enquiries revealed that the gigantic project, construction of New Kano Prison complex at Janguza, Gwarzo Road was being carried out by ministry of interior.

That project when completed, would include both maximum and medium prison facilities as well as female wings; courts, hospitals, administrative blocks for the various classes of prisons therein, skills acquisition centres, classrooms, information and telecommunication technology (ICT) centres, rehabilitation centres for inmates with drug related problems and prison commissary.

“From what I gathered, the same prison would be replicated in all the other 5 geo-political zones, while that of the South-South would soon take off in Bori, Rivers State”, Okereke said.

It was also gathered that the project is a fall-out of the memo presented to the National Economic Council by the interior minister on the state of Nigerian Prisons, which bothered on overcrowding and infrastructural decay.

“The new project, when completed would meet the United Nations Standard Minimum Rules for the Treatment of Prisoners”, Okereke explained, adding when put into proper usage, it would bring a lot of employment and development opportunities to many people in different ways in the state and beyond