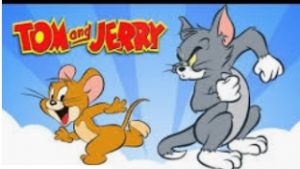 * In Adamawa politics, there’s no permanence either as friend or enemy. There’s however allied forces of the aggrieved against incumbency

MB Mubi, not real name, owing to the preference of the personae for anonymity, met Marrie Ann Jefferson witnessing signing of a marriage contract in Mubi Sunday, expressing his dismay over what he considered as libel machinated by the Finder News, the Fombina and the Periscope Global online media, disgracing the hitherto loyalists to Bindow led government for what in the opinion of the informative media mediators, amounted to betrayal by dumping the principal rather than being assisted in shouldering his cross resulting from what a playwright critic would consider as tragic flaws.

Marrie Ann Jafferson is an investigative journalist with the Periscope Global, MB Mubi met. He conceived the atmosphere would be convenient to put the record straight.

It was not true that the Hon elect Musa Mbororo dumped Bindow for Fintiri like a gold digger as was insinuated, he would say.

“Your news media and the two others, have peddled rumours aimed at promoting dissension, pelting Hon Mbororo and others as lashing them with a rather libellous cane as you remained unrepentant critics aimed at bringing down the Bindow led government.

“What gave you the impression that going to congratulate Rt Hon Umaru Ahmadu Fintiri the governor elect was a crime to be labeled betrayal of trust against Bindow?

MB argued that it was a tough and rough contest that saw to their victory and defeat at the same time at the preliminary poll.

The defeat in the governorship race was attributed not simply to the allied opposition parties but primarily owing to the intra-party wrangling among the disintegrated APC groups, arguing that the sticks that ought to have been packed together to form a befitting broom to sweep away any obstacle to victory were scattered only to be picked by the opposition. 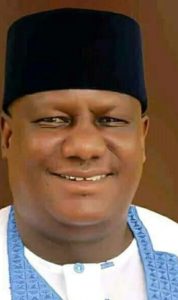 MB said that Hon Mbroro has supported Bindow. They cleared Mubi and he followed Bindow’ footsteps to congratulate the governor elect he would eventually work with as a lawmaker. “So, what’s the fuss?

The Periscope Global Investigate sought to know why the groomed broom was reduced to scattered sticks? Why were the hitherto loyalists to Bindow eventually, turned out castigating him as clueless, financially rigid, selfish and generally stingy?

MB said he could only speak for Mbororo whom he knew has not and would not dump Bindow.

Some of the political analysts who commented, did not see it as anything strange at all, arguing that, politics in Adamawa lacked any principled opposition after election. The defeated candidate and party, would be dumped in favour of the ruling party and the candidate in victory for a sharing formulae and as a means of survival.

“The chief executive will only be antagonised by those who would feel short-changed in the appointments, employments or money sharing for doing nothing,” a political pundit remarked.

Other social commentators contributed that in Adamawa politics, there’s no permanence either as friend or enemy. There’s however allied forces of the aggrieved against incumbency.

However, while commenting, the antagonists to Bindow welcomed the development as glad tiding, liking it to the experience of Bindow against Nyako and the selfish refusal to carry his cabinet members financially along, which resulted in mutual mistrust, the lies, the betrayal of trust, the leadership inefficiency and ineffectiveness, the disregard of education and knowledge, the interference in monarchy with a view to disrupting the established order and the disrespect of elders induced by power drunk. The composite of all translated as digitalisation of leadership and relationship.

Bindow was quoted to have defined the relationship between him and those others as; “suna yi mini kallon biri, ina yi musu kallon ayaba,” crudely interpreted to mean “they regard me as a monkey, I consider them as bananas.”

I once wrote in 2016 a piece with the title: “Tom and Jerry government,” defining the relationship between the chief executive and the supposed superimposed cabinet members.

“The chief executive didn’t trust the members of his cabinet most of whom were being decided to and/or superimposed on him to endorse their appointments, after having been sworn in to form a unity of the antagonists government in 2015.

“The chief executive would therefore, not allow the supposed superimposed on him for the most part, cabinet members, using their offices, to make any gain in the game, rather than inflicting pain, draining them of the would have been political prowess, to the disappointment of those that endorsed them to whom they must remain loyal.

“The cabinet members would conceive the chief executive as a pathological liar, a personification of hypocrisy; with mind full of betrayal and deceit that should not be trusted other than to be sabotaged by any means necessary; chiefly, exposing the weakness(es) of the administration even after having taken an oath of secrecy; that they were only there as rubber stamp to a robber in their cabinet profile.

“They only spelt the figures, held the bull by the horns, and not have the cash or milk the cow, while the treasury is drained lean and the ranch empty of fodder.

“If there’s any way the government could get to be pulled down, the cabinet members could be at one, only at celebrating or in suggesting for it, as they, in themselves, did trust each other but the trust of the fox; at the slightest opportunity, where a fat was smelt good for catch, a cabinet member would take over a colleague’s role shameless, rather selfishly, should there be any gain…”

An excerpt from one of Adamu Muhammad Dodo’s short pieces that remain unwritten about a story one hasn’t dreamt to reflect with incidence one keeps imagining whether or not never would it happen, with characters that maintain the fictitious outlook.

Between Salaried Job And Self Reliance In Media/Communication Practic