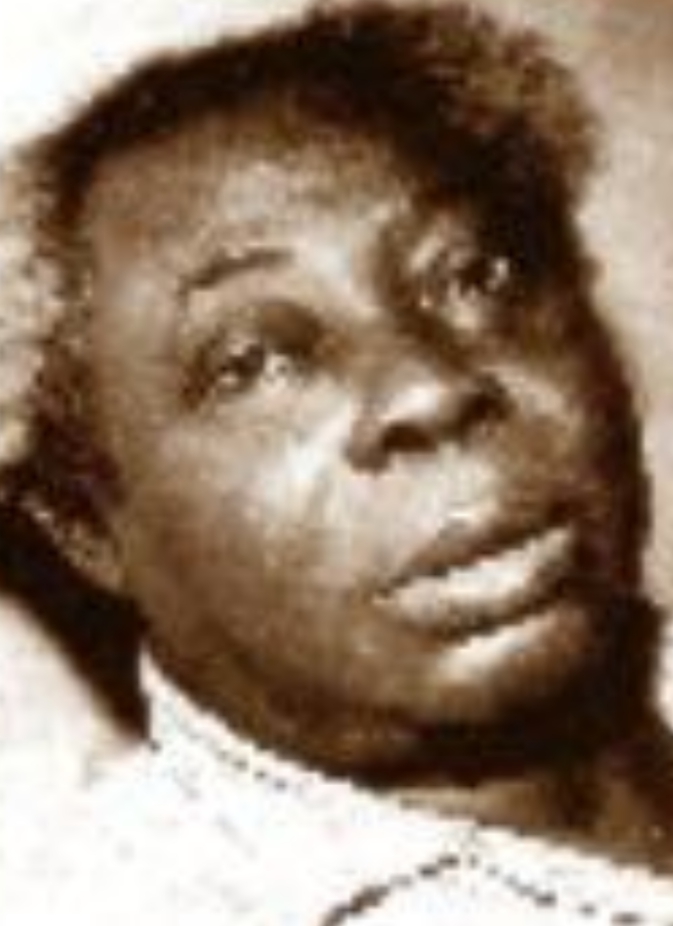 One nationalist that contributed immensely to Nigeria’s independence from Britain in 1960 is Ernest Sesei Ikoli. The patriot, politician and foremost journalist of blessed memory is however, yet to be eminently immortalised by successive governments in Nigeria.

But his peers such as Tafawa Balewa, Herbert Macaulay, Nnamdi Azikiwe and Obafemi Awolowo, all of blessed memory are prominently reckoned with in Nigeria’s Naira Currencies and landmark edifices, for instance civic centres, stadia, roads, universities and airports.

The only attempt to give Ikoli his due regard, was the institution of the Sunday Times Memorial Lecture organised in his honour, by the defunct Daily Times newspaper. But the lecture series could not be sustained.

Another attempt to honour him, this time at home, was the naming of the Press Centre of the Nigeria Union of Journalists (NUJ) at Moscow Road, Port-Harcourt in Rivers State, when Bayelsa was a part of that state.

Although that gesture reechoed Ikoli’s  name and ideals, his image mounted at the Rivers State NUJ Press Centre, was pulled down soon after Bayelsa was created.

This treatment  and the fact of his not being well honoured  by the Federal Government, made the Bayelsa State Council of the Nigeria Union of Journalists (NUJ), to name its Press Centre, along Azikoro Road in Yenagoa, after the Late Ikoli.

The Press Centre built by the regime of late Chief D. S.P Alamieyeseigha, serves as the State Secretariat of the union, and a rallying point for Journalists practicing in Yenagoa, visiting journalists and friends of the press.

This, in addition to the fact that the edifice and the NUJ symbolize truth and justice, also account for why the Bayelsa NUJ named the Press centre after Ikoli.

Born March 25, 1893, Earnest Ikoli hailed from Twon Brass in Brass Local Government Area of the present Bayelsa State. His progress was inspired by his wealthy parents, who were traders and pioneer scholars of the early British missionary education in the interior of Brass.

With the humble family background, Ikoli was one of the few kids from the creeks of Brass who attended the historic Bonny Primary School, and later the famous Kings College, Lagos, in 1909, as pioneer student. At both schools, the gifted Ikoli won academic laurels.

He was Senior Prefect of Kings College in 1913, and was on graduation employed as   assistant science teacher in the school.

But as a born freedom fighter and crusader of truth, he quitted the teaching job in 1919, due to a fracas arising from racial insults and oppression on him and other blacks, by the British teachers and authorities.

With this bold step, Ikoli was set to become one of the foremost journalists, patriot, and politician of his time. According to records, he shortly joined one of the nationalist newspapers, the Lagos Weekly Record founded in 1889 by John Payne Jackson, an American.
There, he served as assistant editor and got his journalistic coaching from the publisher’s son, Thomas Horatio Jackson.

Unsatisfied, Ikoli according to records set up his own newspaper, the African Messenger, at number 24 Odunlami Street, Lagos, in 1921 and became its editor in order to freely attack the colonialists.

The African Messenger immediately became one of the most vocal newspapers, that criticized the colonial government through intellectual and pungent editorials and reports that worried the colonialists.

One reason for his critical journalism   is that as a man from the marginalized creeks of the Niger Delta, and as one of the few journalists who schooled at home, he felt the pains of discrimination and underdevelopment, unbearably.

It is on record, that the colonial masters, especially, Sir Fredrick Lord Luggard disliked the critical and expository style of journalism practiced by Ernest Ikoli and his colleagues who criticized the Amalgamation of the Northern and Southern Protectorates and the final establishment of a colonial administration, haven foreseen the negative implications. Today, the more than fifty years expropriation of the resources of the Niger Delta for the development of other parts of the country, has affirmed Ikoli’s stand against that amalgamation.

Despite censorship and harassment, the press which Ikoli was part of, pressured the colonial government to introduce the  Legislative Council in Lagos, party politics and representative government in the 1922 Clifford Constitution. And that was achieved.

His journalism career came under threat when he exhausted the funds donated to him by a Briton, Mr. F. B. Mulford. Consequently, he couldn’t continue printing the African Messenger at Awoboh Printing Press in Lagos. The newspaper collapsed in 1925.

Capitalizing on this, the colonial government bought up the newspaper from Ikoli at Five Hundred Pounds in 1925. It was merged with the Daily Times, and he was made the first black editor and director in 1926, with an annual pay of Three Thousand Pounds.

Again, an unsatisfied Ernest Ikoli pulled out from the Daily Times two years later, to establish another newspaper, the Nigerian Daily Mail. This second newspaper, also stopped publishing in 1931.

Thereafter, the prolific journalist worked with the Nigerian Daily Telegraph and the Daily Service in different periods.

Throughout his journalism career, he adhered to the cardinal principles of fairness, objectivity, neutrality and justice. He put public interest above personal gains and practiced robust investigative, political and developmental journalism.

The Ijaw-born journalist and nationalist maintained these principles even against his colleagues, notably Late Nnamdi Azikiwe and Late Herbert Macaulay who while writing in the African Messenger insisted on having a libelous article published in the newspaper to satisfy personal interest. Ikoli who though recognized Macaulay as a great force in the country, published stinkers against him (Macaulay), on the matter when they could not settle amicably.

There is no doubt, why a Mass Communication scholar in the Western part of Nigeria, Dr. Daramola Ifedayo  described Ikoli as the only non- Yoruba man, from Ijaw, that commanded very high prominence and authority in the media and political circles in the then Lagos.

Other than his journalistic activities, Ernest Ikoli took part in active politics.  He was secretary of the local chapter of the Universal Negro Movement founded by Marcus Garvey as well as pioneer member of the Lagos Youth Movement in 1934, which transformed into the Nigerian Youth Movement (NYM). Ikoli was secretary of the body when Nnanmdi Azikiwe was president. Thereafter, he served as president as well in 1943.

Under the Nigerian Youth Movement as a political party, which defeated Herbert Macaulay’s Nigerian National Democratic Party (NNDP), Ernest Sesei Ikoli, floored a Yoruba man, Chief Samuel Akinsaya in the 1938 general election, and became a member of the colonial Legislative Council in Lagos.

He was re-elected into the council as an independent candidate in 1946, retired from active politics in 1947, and got appointment as chairman of the Rediffusion Service of the colonial broadcasting service in Lagos.

In appreciation of Ikoli’s monumental contributions to the intellectual and political development of the country, the Queen of England awarded him the prestigious Member of the Order of the British Empire (MBE).

Sadly, not much has been done to immortalize him since his demise.

His not being properly honoured by Nigeria, is sometimes attributed to his minority origin, as alluded by some analysts.

A Yoruba media scholar, lent credence to this assertion, when he lamented that Ernest Sesei Ikoli would have been better styled as the Father of Nigerian Nationalism and not anyone else.

Records also have it that Ikoli’s political associate, Oba Samuel Akinsanya also  described him as one of the foremost nationalist leaders in Nigeria, yet he is not so honoured.

If giving befitting honour to Ernest Sesei Ikoli is politicised and  treated with levity  by Nigeria, then Bayelsa State where he hailed from, should take it as a challenge.

This is more so as not much has also been done to immortalise the patriot   and compensate his family. Apart from the NUJ Press Centre in Yenagoa, as well as an attempt  to name a proposed private university of mass communication along Etegwe – Tombia Road, which did not come to light, no befitting road or government tertiary institution is named after him.

In terms of compensating his family with public appointments, the Ikolis like the Isaac Boro’s, seem  not to have been adequately considered. We hardly see or hear about members of these families in Bayelsa State.

Even  the appointment of  Mr. George Anthony Ikoli (SAN), a grandson to the late Ernest, was said to have being on merit, not political favour.

In view of the unbefitting treatment accorded the journalism and political icon and patriot, Ernest Sesei Ikoli, it has become important to redress the injustice meted out against him and the Ijaw Nation by giving him his due regard in the place of history.

Therefore, the call today is on the Bayelsa State Government to challenge the Federal Government, by first of all naming the State International Airport, after our own Ernest Seisei Ikoli, and continue to honour him in other ways as well. By so doing, the history of Ikoli, will be preserved for present and future generations to emulate his strides.

The time to do so is now, so that posterity will vindicate us for acting properly, even though the spirit of the hero has been angry in the land of the ancestors.

Militant assassins or military excesses, where lies the insecurity in Yola? – The Periscope Global