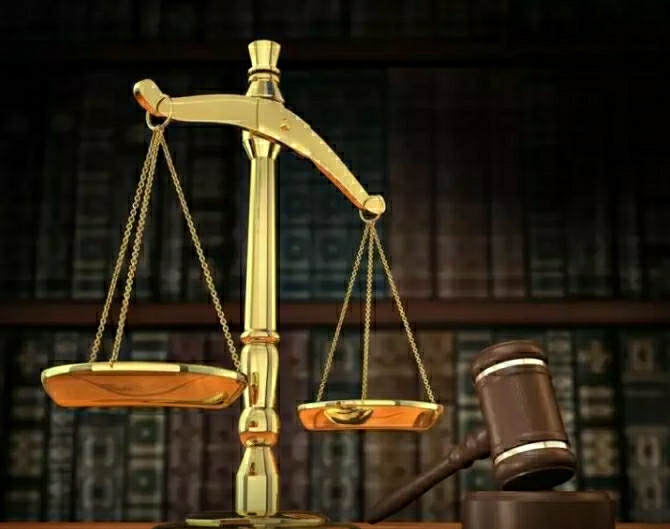 The Election Tribunal sitting in Adamawa has assured petitioners of fairness and speedy dispensation of Justice.

Speaking at the tribunal inaugural sitting Friday, the chairman of the three-member tribunal, Justice A.A Adebara, said there were only three petitions regarding the governorship election won by Alhaji Ahmadu Fintiri of the PDP submitted before the tribunal.

NAN quoted Adebara as saying that the tribunal had only 180 days to determine the petitions from date of filling, hence the need for all involved to be fully committed.

“It is therefore our utmost desire that legal practitioners, having petition to prosecute or defend before the tribunal, should remain committed and be up and doing.

“For the avoidance of doubt, the tribunal will not entertain unnecessary delays as the petition will be treated with utmost dispatch.

“Counsels are therefore reminded to avoid the request for unnecessary adjournments.

“On our part as judicial officers, we are under an oath to administer justice without fear or favour, affection or ill-will.

“The tribunal will afford all parties adequate and equal opportunity within the ambit of the law to present their cases to the best of their ability for adjudication,” Adebara said.

While stating the position of the tribunal on zero tolerance to corruption, the chairman warned against untoward act that might stifle the administration of justice.

“In this regard, any attempt to influence the tribunal in any way or mode should be totally avoided as such attempt shall be severely dealt with according to the law,” Adebara said.

The chairman also tasked the media, which he described as “partners in progress” to report the court proceedings correctly for the good of the society.

“It is our belief that you all know the consequence of doing otherwise,” Adebara said.

Electorates granted interview by the Periscope Global political corner, having commended the tribunal, expressed their satisfaction with the arrangement, praying that the tribunal would keep to its worth, being fair to all parties without undue sentiment.

The APC, APP and MRDD were the three political parties challenging the victory of the PDP in the governorship election concluded on March 28, 2019