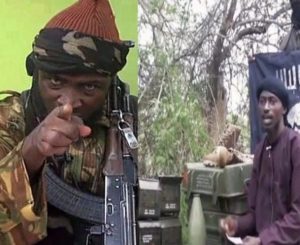 At least 26 people were feared killed and several others critically injured in a Boko Haram attack in Madagali area of Adamawa State, a community leader and a resident said on Tuesday.

It was one of the series of attacks visited on the people of the area in the recent times.

“Scores of unsuspecting villagers fell victims to the attack, I saw corpses of 26 people who were killed. Several others were critically injured. They were taken to hospital,” a local vigilante told the Newshawk.

‘’We’re now living in an atmosphere of despair and agony for this attack.

‘’There is no doubt the attackers came from Sambisa. We experience such periodic attacks from Boko Haram, whose mission is chiefly to rob food stuff.

“Residents are now fleeing for fear of uncertainty as Boko Haram insurgents are not far away from our towns and villages. They may come striking again,’’ Ularama said.

It could be recalled that the insurgents had in the last week, attacked three villages before running into a group of vigilantes on patrol in Kuda village, who engaged them in a shootout, killing two of them.

“I was briefed that members of the Boko Haram insurgents have attacked the village, though I am yet to get the casualty figures but security operatives deployed there, are on the top of the situation,’’ Abubakar said.

The northern senatorial zone of Adamawa state that was hitherto occupied by, was said to have been liberated from Boko Haram insurgents in late 2015.

But attack is still soaring in the northern zone of the state, particularly, around Madagali, which borders Borno state and the Sambisa Forest making the den of the insurgents.

The insurgency began in 2009. It was by conservative estimate, claimed about 20,000 lives and made more than 2.6m others homeless

Senate finally passes 2019 budget, jerks it up by N86 billion