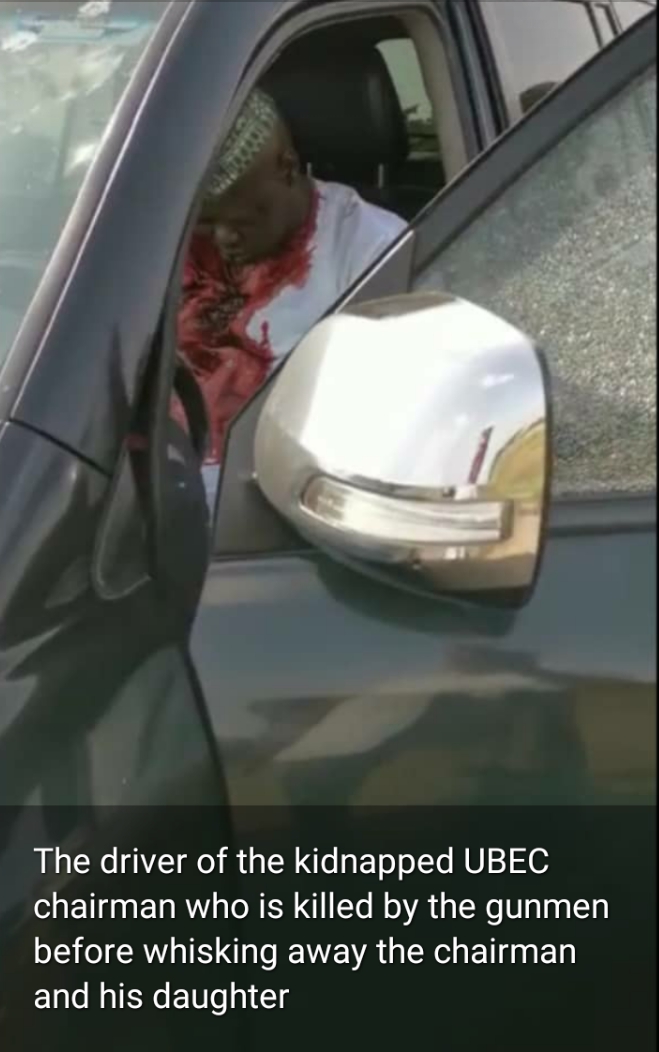 The Chairman of Universal Basic Education Commission (UBEC) Muhammad Abubakar and his daughter have been abducted by gunmen suspected to be kidnappers along the Kaduna-Abuja highway.

Confirming the incident in a statement, the spokesman of the Kaduna state police command, DSP Yakubu Sabo, said the gunmen who were dressed in military uniform, intercepted two vehicles including a sports utility vehicle belonging to the UBEC chairman around Kurmin Kare village along the highway at about 3:30pm on Monday, shot the driver dead, and whisked away with the UBEC chairman with his daughter to an unknown destination.

Sabo said that two occupants of one of the vehicles who were traveling from Kano to Oyo State were injured but rescued to Katari Police Station.

The statement explained that a Combined Team Police Mobile Force , Anti-Kidnapping Unit of the Command, Special Forces and Operation Yaki were quickly mobilized to the area with a view to combing the bush for possible rescue of the victims and arresting the criminals.

It, however, quoted the Commissioner of Police Ahmad Abdurahman appealing to members of the public to support the police with relevant information that could assist in apprehending the perpetrators of the heinous act.