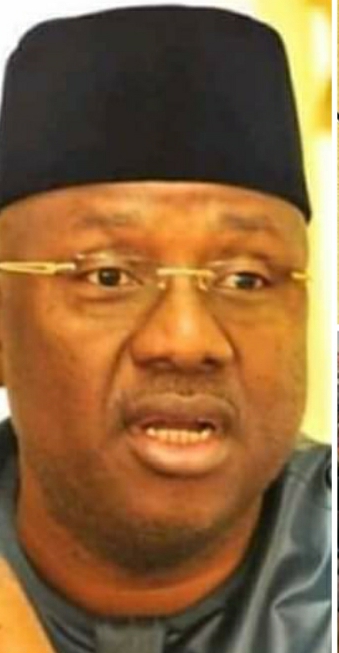 Though he could only pay N10, 000 with bank draft when the minimum wage was N18, 000, Governor Muhammadu Umaru Jibrilla Bindow of Adamawa state Wednesday, approved the implementation of N30, 000 minimum wage to workers in the state.

Bindow gave the declaration at the 2019 Workers’ Day Celebration in Yola, where he said that the implementation of the new wage was a demonstration of his commitment to improve the welfare of Adamawa workers.

Bindow recalled how he promised workers in February, during their rally that he would implement new minimum wage upon approval by the Federal government.

Bindow maintained that workers welfare had been his priority, recalling how he met the state owing a backlog of salaries to workers, how he settled the entire outstanding, where he stressed that his administration had cleared the outstanding salaries owed.

Bindow debunked the rumour going round that he borrowed funds to execute capital projects. He explained that he only borrowed to augment the shortfall in the Federal allocation to pay salaries.

Bindow brutally brushed the behavior of those he considered as mischief makers, where he said that he judiciously utilised the meagre resources to execute projects rather transparently in the state.

Bindow urged the incoming administration to continue with the provision of infrastructure, adding that the 370 roads constructed by his administration, were visible with overwhelming impact, keeping the administration’s integrity intact.

Fashe commended the governor for being up to date in the payment of salaries to all workers in the state. Even though, about six months outstanding salaries of primary healthcare and workers with the local government authorities, were only settled when the 2019 gubernatorial electioneering atmosphere was at its peak

However, the workers with Adamawa state government who considered the leadership of NLC at the State level as a betrayer, backslider and bourgeois modernist escapist that snowballed into compromise, mortgaging the depressed by suppression and subjugating by exploitation, exploring a way-out way out, to the point of explosion, revealed to the Periscope Global that governor Bindow could only pay leave grant once throughout his four years life span.

“What happens with the three years outstanding leave grants, in addition to other carryovers from the previous governments?

“Bindow has not also spoken about the unpaid pension. Claiming a fulfilled mission, is rather a fantastic humiliation, technically supported by the nonsense non said of NLC over the issue,” Usman Bello said.

On the issue of N30, 000 minimum wage, which the NLC commended Bindow for approving, the Adamawa workers lamented that it was unfortunate, arguing that Bindow could only, though not fully pay, the N10, 000 he pegged out of the previous N18, 000 minimum wage. Even at that, Adamawa government would have to go for bank overdraft to be able to pay monthly salaries.

“Through which window? Bindow borrowed to pay N10, 000 only as minimum wage. Approving N30, 000 minimum wage today has invariably, exposed him as an antagonist rather than a friend, a hard hearted rather than humane leader, suggestive of the fact that he could afford to pay the initial N18, 000 but failed to comply,” Philibus Simon said.

A political analyst argued that since the governor elect Rt Hon Umaru Ahmadu Fintiri, promised to pay Adamawa workers the Federal government approved N30, 000 minimum wage, it would not be for Bindow to make further pronouncement rather than advance convincing reason for the just before and after gubernatorial election employment of workers.

“Bindow said he has to borrow from bank to be able to pay monthly salaries. Isn’t it amounting to cluelesness employing workers one can’t afford paying for their services?” Okafor Komolafe John, joined in the query.