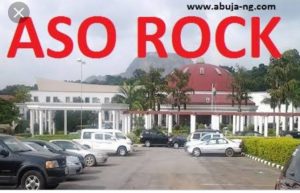 Massive deployment has hit the Presidential Villa, Abuja with many security operatives and civil servants affected.

Circular to this effect had been issued and affected staff have since been communicated to, Daily Trust can report.

The transfers affected many staff, including those who had been in the villa for over two decades.

The deployment comes a month to the inauguration of President Muhammadu Buhari for the second term on Wednesday, 29th May, this year.

A circular from the office of the Head of Service of the federation, dated April 24, revealed that a total of 71 staff on SGL 07-14 were affected.

The circular signed by Director, Employee Mobility, M. S. Naibi in the office of HoS, said all handing and taking over process should be completed on or before Friday 3rd May, 2019.

“Any disregard of this deployment, shall be treated in accordance with provision of PSR 030301(b),” it stated.

The affected staff are moving to ministries of Education, health, Finance, Foreign Affairs, Environment and office of the SGF and the Head of Service among others.

A presidential staff said, “This is the first time we are witnessing this kind of massive deployment from the Villa.”

The Periscope Global learnt that the redeployment would invariably affect the anonymous sources of information fed to independent journalists and bloggers who dig and report only the negative side of the government.

“Any wonder why those who write against the Presidency, have access to the seeming secret information?

“You can be sure that there are some staff who could not be benefiting from the previous loot. Having been impoverished by this, they could be opting on venting their anger against the system that denied them… by revealing classified information, sometimes even half truth about the activities around the presidency,” a source close to the presidency said.