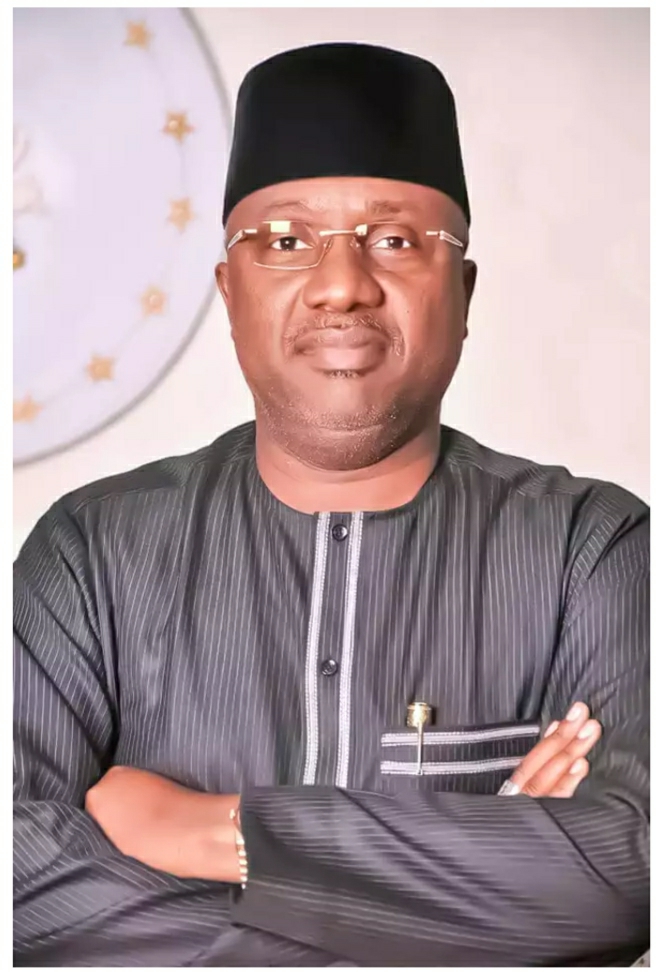 …Ngilari paid himself as well, ignoring Boni, Nyako, yet it’s not a crime –

Adamawa pensioners whose gratuities were not in anyway subject of a near dream, were the first group to slam Bindow as being for ignoring them only to pay himself.

“Little wonder that God prevented people by locking all the windows for Bindow’s second chance,” a retired widow who was yet to have her severance package by means of gratuity, exclaimed.

On his part, Mr Mapida Ikwurunyi former secretary, Justice Frontier’s forum, argued that Bindow has the legal and moral backing as any sitting governor or outgoing governor, to pay severance packages to himself and that of his appointees.

“Bindow is still the governor of Adamawa state till May 29. Therefore, it is within his executive powers to make payment to himself and his aides as deem fit.

“So long as he still pays salaries to workers including himself, he equally has the powers by law to pay every benefit accrues to him within the time bound. It will become an issue when Bindow exercises powers after May 29,” Ikwurunyi said

Ikwurinyi advised Mr Solomon Kumangar the man credited with what he would refer as libel, to retract the story circulating the media or face public service sanctions.

“As a core civil servant, Kumangar lacks the moral merit to issue a statement on behalf of politicians. He must therefore, conduct himself within the code of conduct of a civil service. Ikwurunyi said.

Ikwunrunyi, reacting to the issue that Bindow, while paying himself the severance package, failed to consider paying the previous governors, said the “ex-governors” ought to have contemplated paying themselves off before handing over.

“It is instructive to note that no law stops the previous governors from paying severance allowances to themselves, before leaving office, such is their own cup of tea,’ Ikwurunyi stated.

Danjuma Abdurrahman a APC chieftain said, governor Boni or a leadership immediately after him ought to have considered settling his severance packages. The same applied to admiral Nyako.

Abdurrahman argued that even though there were outstanding salaries in addition to other unpaid workers’ claims, Ngilari was the first to pay by himself, his severance package before Bindow could be sworn in as Adamawa governor in 2015.

“Why did Ngilari not consider his predecessors and why should Kumangar ignore this fact only to heap blame on Bindow,” Abdurrahman asked.

The APC stalwart Explained that Boni, Nyako and Fintiri himself, could not pay themselves their severance allowances due to the challenges relating to impeachment.

“Former governor Boni Haruna couldn’t pay himself his severance allowances because he was then in a political rumble, a battle royale with his deputy, in addition to facing impeachment threat.

“Admiral Murtala Hammanyero Nyako would equally not pay himself off, due to his unceremonious impeachment by Rt. Hon. Umaru Ahmadu Fintiri led state Assembly members.

“Fintiri who took over from Nyako as Acting Governor, equally, would not pay himself because of the sudden termination of his tenure by a court of law that ordered Nyako’s deputy, Barrister Bala James Ngillari to take over the mantle of leadership.

“Barrister Ngillari that had not recorded similar distraction experience, paid himself and his cabinet severance allowances.

“Ngilari was is in a better position to pay the duo of Boni Haruna and Admiral Nyako their severance allowances before handing over to Governor Jibrilla just as he paid himself off.

“Therefore, there is nothing bad with Bindow following the suit of others to pay himself his severance allowances,” Abdurrahman said.

Salaries and severance packages are meant to be postpaid not prepaid. A school of thought would argue, revealing to the Periscope Global.

“I learn they said it’s not criminal what Bindow did. Let’s refer to civil service rule. Can a public servant in Nigeria, owing to executive opportunity, pay himself off for unfinished service? Salaries are postpaid not prepaid.

“Bindow and aids ought to have had access to their severance packages after May, 2019, if Adamawa workers would not be paid May salaries in April”

“Adamawa has so many retired civil servants who are yet to be paid gratuity. Some are even dead without being paid. Some are yet to even been enlisted to enjoy pension that is humiliatingly paid. Yet Bindow like Ngilari, considered himself with his political appointees as the only legitimate indigenes of the state not to be indigent of state resources.

“A real leader is like a worthy Shepard. Consider the life of a herdsman who hardly eats, not until his herds of cattle are duly fed.

“A real leader considers his subjects first before self. Some politicians in leadership position aren’t worthy leaders, Bindow should have paid himself off when workers in Adamawa must have enjoyed their month of May salaries, not in April,” Dauda Bello remarked.