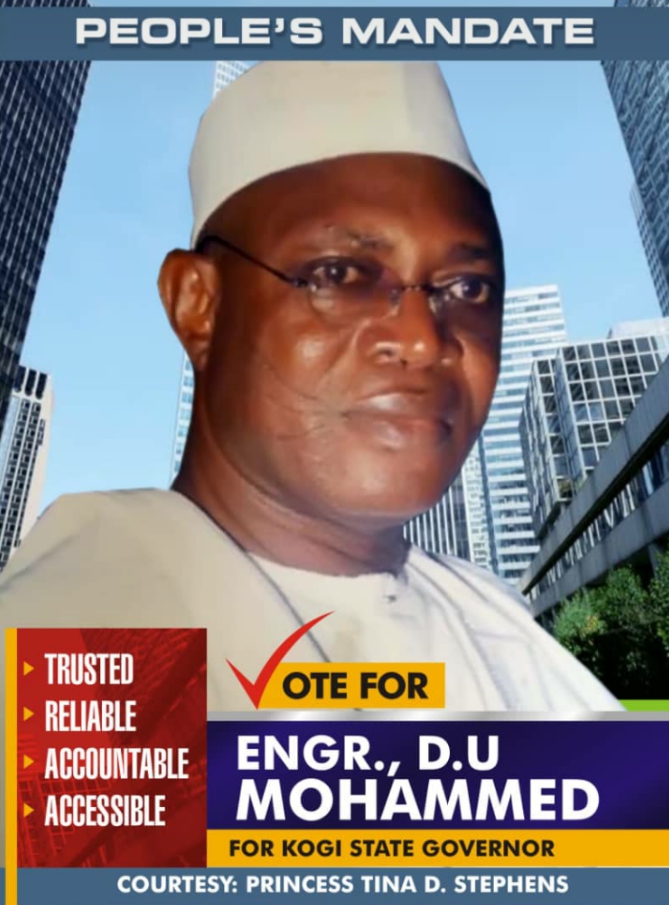 Front line Governorship aspirant in the upcoming gubernatorial election in Kogi State, Engineer Danlanmi Umar Mohammed, said everyone in Kogi State must come together as a unified force in order to move the state forward.

Mohammed said it was important for the people of the state to come together, because Kogi State has all that it takes to become the most developed, industrialised and commercially viable, self-sustaining entity in Nigeria.

Speaking exclusively to meshackdaily.com, Engineer Mohammed said he would bring wholistic and even developments to all parts of Kogi state and utilise his vast experience, international networks and contacts garnered from years of impeccable service to the country to bear in serving Kogi state.

Engineer Mohammed said he was in the race to become the next governor of Kogi State to serve the people and not to govern, pointing out That with the human, natural and material resources available to the people of the state, Kogi has no reason to be where it is today, particularly in terms of development.

According to him, tourism alone, based on the natural endowment of the state as a confluence state could sustain Kogi, drive developments, promote industrialization, create jobs and develop skills.

All these, Mohammed pointed out, were possible with the right servant leadership, without even counting the limitless potentials and opportunities that abounds in agriculture and agro allied value chain, solid minerals and mining, including the vast opportunities Kogi has, as a boundary state with the Federal Capital Territory, (FCT).

Mohammed said it was time to allow competence, ability, maturity and capacity serve the state, adding that politics of bitterness, violence and egocentrism must be avoided, because no development could be achieved in an atmosphere of insecurity and mistrust.

Engineer Mohammed said development must get to the grassroots under his service in order to make the impact of government felt, saying he would bring on board, all past leaders of the state into a council that would play an advisory and contributory roles towards serving the people of Kogi, while ensuring that local government formed part of all decision making process in the state.