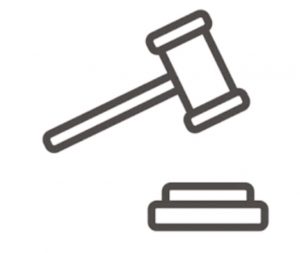 Court hearing on he whom the cap fits between the heir to Ubandoma Mubi the late district head of Jalingo-Maiha, Barr. Mahmud Abubakar Suleiman and one Idi Wakili the governor Bindow in violation of the law legislating legitimacy of traditional authority appointed, slated for final hearing before ruling on Monday May 13, was shifted to June 13, 2019.

After nominations by the council of village heads submitted to, the Mubi Emirate Council presented to the Adamawa state Governor the qualified candidate for the district head of Jalingo-Maiha as unanimously selected for approval.

Governor Bindow arbitrarily snubbed the Mubi Emirate Council’s selection, went beyond his approval status to appoint either a self-choice candidate or as it was alleged, a candidate decided to him by supposed political warlords, should he want to win in Maiha.

Even though it was said to have been advised as parochial a demand, a miscalculation that did not appear appealing to critical thinking in practical terms, bearing in mind that the so-called political warlords lacked the electorates’ support, they were equally against his mandate as governor in 2015 as much as against his senatorial candidacy previously, Bindow as though hypnotised, took to the retrogressive bait by appointing, devoid of due process, the candidate of the so-called political warlords’ choice in actualising what was considered a definitive 35 years conspiracy by disordering a legitimate order, a scheme, which has however, suffered drawbacks three decades previously.

The aggrieved heirs to Ubandoma with allies, hearkening to the call of the continued mutual coexisting community, challenged the aristocratic abuse before a High Court sitting in Yola, in defence of legitimacy of the headship of the stool that was established dated back 1808 when the Bin Fodio Islamic leadership flag was hoisted in Maiha for a Kingdom long before the plebiscite, which reduced the kingdom to village headship before being upgraded to district headship.

Justice Hafsat was the courageous, incorruptible lady of outstanding juristic legacy who handled the case. Considering the prayers and defence against allegations, as viewed from the law that established traditional authority in the state, she, as law would permit, based on her learning and professional leaning, opted for a credible legitimacy, traceable from it cradle, using the court order to call on the Adamawa governor to approve the appointment of Barr. Mahmud the heir to the late district head, as the legitimate district head of Jalingo-Maiha district. The court order equally forbade Idi the Bindow appointed from parading himself as a district head of Jalingo-Maiha.

Aside from going into a romance with the contempt of court, even though the ruling seemed unappealable and without stay of execution, Idi having been devastated by, decided to invest on appealing against the ruling even if it would end at fruitless harvest, as friends who would not be listened to would concieve, while Governor Bindow could to this day, not honour the court order.

The appeal court sitting in Yola for the case to have had a continued hearing slated for Monday May 13 being tomorrow, however communicated to both parties that the case hearing and ruling were shifted with one month, to June 13.

This suggested that the ruling would not only be after the month of Ramadhan but after Bindow would only be left to peep through the window should he want to have a retrospection of a kind of surgery of his sojourn at the Dougirei hill, a seat of governance in Adamawa state he would soon kiss goodbye, as a poet politician would add “for good” after May 29 for a fresh beginning, a fresh air.

A man of wisdom in Maiha whose experience majored in monarchy, legitimacy and the associated complacency to conspiracy, revealed to the Periscope Global legal angle that it did not start, it could however end with Bindow when a governor’s action against monarchy in Maiha, would be challenged while the governor maintained his position and would be terminated immediately after the governor would be gone for good, humiliated by defeat away from power and authority, in answer to the unending prayers of the aggrieved community whose cultural heritage, legacy and the legitimacy of monarchy is threatened by a seeming syndicated conspiracy.

“It started with Wilberforce Juta as acting governor during the defunct Gongola state in the early 80s. He dethroned the district heads of Maiha and Belel, all in Maiha local government area, simply because their support tilted to the presidential and gubernatorial candidates of NPN when however GNPP formed the government at the state level.

“The stakeholders in the Maiha Monarchy challenged the dethronement before the court of law, Juta would be jaundiced of jingoistic manipulation.

“There was a military take over of power, which rendered Juta, to this day, politically irrelevant in Maiha. Military governor Muhammadu Jega was redeployed to Gongola state and eventually, reinstated the political Juta dethroned district heads. Jega hailed from aristocratic family hence had honour for established monarchies.

“Juta would remain never to be heard until after the death of Ubandoma the district head of Jalingo-Maiha, when he would prefer to have the son of the man he has illegitimately appointed previously, to occupy the stool under Bindow’s watch. A High Court sitting in Yola said no. Do you think that an appeal court can rule otherwise?

“June 13, just a day after Democracy Day in Nigeria will register the answer,” the man of wisdom in Maiha said.