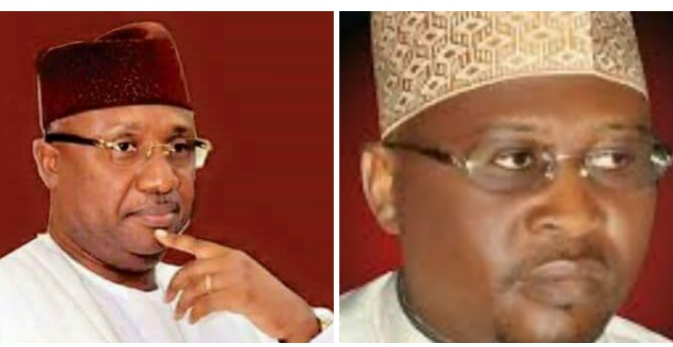 * Priding with integrity away from prison, poisoning people’s minds with pomposity as pointed out, by pounding, pouncing, punching and black-painting predecessors, piercing the personality in them with metaphoric poniard knife, the purity claim can be proven after putting May 29 away, when the pompous, is with unpretentious protest, paraded before the praying against the parasites public, to prove by producing the presumed prided productive products and rendered services, for a fruitful stewardship, untainted by fraud, further away from fictionalisation of good governance – Who said this? When? Where?

It is apparent that workers with state government in Adamawa, northeast Nigeria, will only have their April and May salaries paid, perhaps at the same time, after May 29 swearing in; ushering in a new government to be led by Sen. Muhammadu Umaru Jibrilla Bindow the Adamawa state governor before May 29, cannot pay workers salaries because banks could not grant him any overdraft, suggesting that he is wished a prior farewell from any transaction with financial service providers on behalf of the state, even though the sympathetic to him, ignoring the metaphoric writing on the wall, keep insisting that Bindow remains the symbolic Accounting Officer till May 29.

What an “Accounting officer” who could not coordinate or command payment of workers salaries!

Political analysts argued that it was questionable the transparency and integrity for a chief executive, claiming accountability, to pay himself for the services he has either not or yet to render, even though his apologists, led by one Mapida would argue, as the Finder news would report, that “Mr. Bindow is a man of honour that has never been probed or arrested and arraigned in court, neither by the EFCC nor by the ICPC (sic) nor by any anti graft agency.”

Like whistleblower, guided by the philosophy of “when you see something, say something” to salvage one’s society from sinking, some members of the Adamawa governor elect constituted transition committee, mostly demoralised by the absence of substantiated record of stewardship from 2015 to date, disappointed by the little generated information based on personal interactions with those in the Bindow led cabinet who were perceived to be frustrated by being disconnected; as in not being carried along and disgusted with the disappointing performance, suggestive of betrayal of trust and people’s confidence in governance and the committee’s personal experiences, revealed some seeming irregularities and redundancies to the public.

“The development was not to go down well with those sympathetic to, symbolic of, the beneficiaries of the administrative loot, insensitivity or cluelessness,” an electorate who simply gave his name as Moreno, would observe as being the obvious. 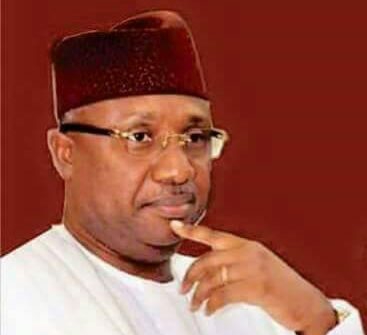 The Bindow apologists vehemently condemned the whistleblowers of being malicious for crying wolf where there is none, aimed at demeaning their principal before the citizens.

“The transition committee, plays the malice by exposing unsubstantiated findings to the public before accomplishing their task and submitting same to the governor elect that gave them the mandate. This is rather unprofessional, going beyond their term of reference.

“The claim about mortgaging Adamawa to destitution out of debt, auctioning some of the state own facilities and personalising some, makes a cock and bull story,” Bindow’s ardent supporters would argue.

The Bindow supporters lambasted Fintiri the governor elect for directing banks not to honour their principal’s request for overdraft to pay April salaries as being harsh and unfriendly to civil servants, considering the Ramadhan fasting, a period of spending without the payment for what Adamawa workers sweated.

“Let me tell you. The monies that come to Adamawa as monthly allocation from the federal government is about N4b.

“Adamawa state, going by the record, is servicing the loan that hits N52b out of which only the sum of N27b was credited to Bindow led government to be able to facilitate capital project.

“The loan is being serviced from the N4b monthly allocation, living a paltry balance of about N800m to N900m, which is grossly insufficient to settle workers salaries.

“The state government would have to request for bank overdraft of about the sum of N1.9b to add to the previous balance after deductions from the monthly allocation to be able to pay workers salaries. It’s what’s been done from the Baba Maimangoro led government to this day.

“There’s therefore, no reason whatsoever, to close the bank overdraft window against Bindow. This will only translate to workers suffering, fasting with no salary, especially, in the blessed month of Ramadan; a definitive harvest of starvation for a feast of poverty, ” Bindow supporters would argue.

However, those who were not impressed with what was considered as Bindow achievement, responded that other than the over exaggerated commendations of the roads construction in Yola north/south, Mubi north/south, Girei, Guyuk, Shelleng, Numan for a capital project, Bindow has not made any impact on education, healthcare system, water, youth and women empowerment among others.

“Primary healthcare has received the blessings of the leadership of Dr. Abdullahi Dauda Belel. You could have imagined the casualties of dysfunctional healthcare in rural areas. Dr. Belel was the chairman of the Adamawa State Primary Health Care Development Agency. A position held, which predates Bindow-led-low-slow-leadership. Dr. Belel was a recipient of national and international awards for taking primary healthcare to the next enviable level against all odds.

“It amounts to being unhealthy, speaking about secondary healthcare system in the state. It’s summarily dysfunctional. One can only imagine what the condition would be in the state without Federal Medical Centre, Yola.

“It’s no wonder the intervention of Her Excellency Dr. Aisha Muhammadu Buhari in face lifting the Specialist Hospital Yola, under “Future Assured,” the NGO she has established. The projects Bindow led government failed to do, is partly being done by the first lady. What a shame! 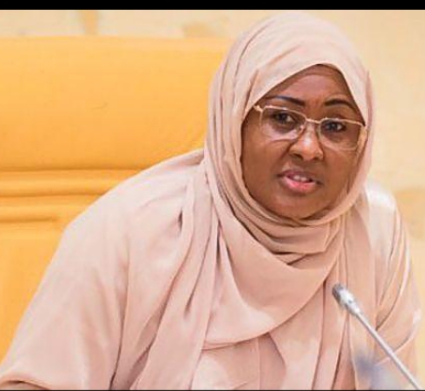 “They didn’t see reason for discouraging banks from honouring Bindow’s requests for overdraft. Could they establish why Bindow would have to pay himself off with his political appointees in March, barely two months prior to the termination of his tenure?” the no Bindow supporters would ask.

The no Bindow supporters would argue that a worthy Shepard would ensure efficient security and provide adequate fodder for his flock before considering self. With Bindow, they would say, servant-leadership remains a burlesque.

“Could they establish the reason for the reckless rather, last minute employments? Do you know that over 6000 workers are being employed just after Bindow’s humiliating defeat at the poll and still counting?

“Bindow could not pay primary healthcare and workers with local government authorities for as minimum as three months, some are six months in spite of the bailouts and Paris club refund funds, until when the bell for the 2019 electioneering atmosphere rung, which induced him to access a N5b and later N2b loans. What happened to the LGA’s monthly allocations before now and why are LGA workers now paid along with state government workers?

The no Bindow supporters responded that, there was so far, no documents to show cash flow and other information to defined Bindow’s stewardship as much as there was the lack of cooperation between to ensure smooth handing over.

There is the immunity clause, which technically barred the anti graft agencies from getting at the chief accounting officers of the state, why should Bindow through his supporters bragged of being a governor with integrity, of honour in Adamawa state that “has never been probed or arrested and arraigned in court, neither by the EFCC nor by the ICPC (sic) nor by any anti graft agency.”

The group would argue that whether or not Bindow would remain not being arrested and arraigned, would be known after May 29.

Corroborating, a poet put it that “priding with integrity away from prison, poisoning people’s minds with pomposity as pointed out, by pounding, pouncing, punching and black-painting predecessors, piercing the personality in them with metaphoric poniard knife, the purity claim can be proven after putting May 29 away, when the pompous, is with unpretentious protest, paraded before the praying against the parasites public, to prove by producing the presumed prided productive products and rendered services, for a fruitful stewardship, untainted by fraud, further away from fictionalisation of good governance.”