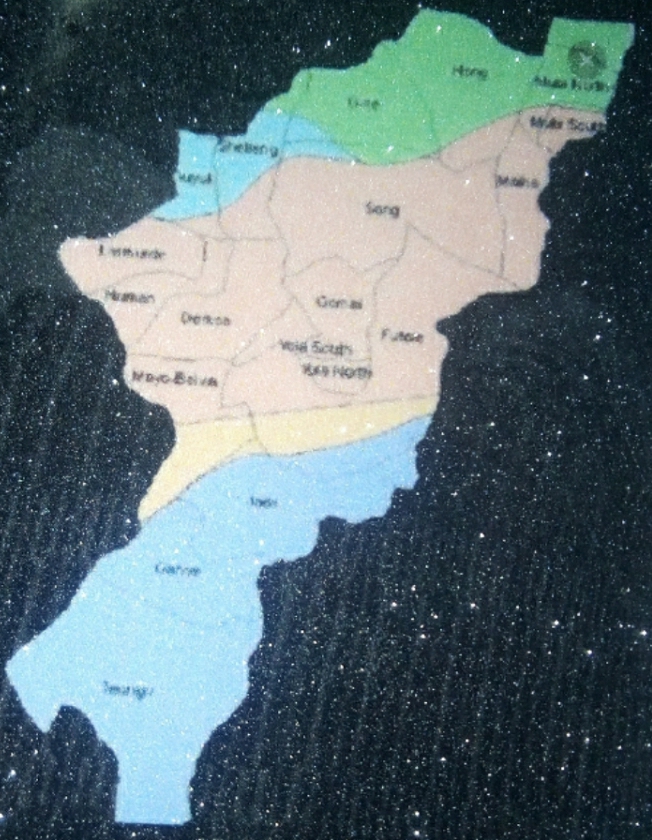 About eleven days to be May through, nine days to May 29 heralding a fresh shepard to cleanse the old but not decaying dung that could not count a worthy fertilizer for a fruitful yield, a new captain to salvage the ship from sinking down the deep shit, April salary, aptly remains April foolery, the workers with Adamawa state government lamented the state labour union’s non said, conceived to be a complacency in silence, the voices represented by a rather unregistered group of workers was registered for echo, re-echo and media mediation.

There was a rumour that Bindow led government was waiting for the Paris Club refund fund to be posted into the state government account before April and perhaps, May salaries could get to be paid.

It was however not a rumour that banks would not honour Bindow’s overdraft request to be able to augment in paying salaries.

The governor elect Fintiri was by governor Bindow supporters pencilled for the role of sacrificial lamb for character crucifixion and cruci-fiction before the workers and entire citizens in the state.

The governor elect was commended for ignoring with silence, the vituperation taken for desperation, even though, there were the alleged unassigned media aids to the governor elect who took turn in response, exonerating Fintiri from any fault.

Comrade Ahmed Sajoh the commissioner for information in Bindow led cabinet debunked the allegations channelled by some APC stalwarts that Fintiri had ever threatened banks into disowning Bindow.

“Actually, it is as a result of a little misunderstanding with our bankers who have always, over the months, supported us when we have less… when the subvention is less than our requirements and other charges.

“Usually, what we do when our subvention is less than our requirements and other charges, we approach the bank and the bank gives us generous overdraft, which we add up to what the receipt from Abuja and augment it to pay salaries.

“I also want to say very categorically, that as a government, we are not blaming anybody for what is happening.

“We take full responsibility and we are doing everything, as a responsible government, to solve the problem,” Commissioner comrade Sajoh assured.

Critics construed that the crisis which resulted to uncalled for delay in releasing April salary was becoming insurmountable, revealing to the Periscope Global literati

“You know there have been the after loosing the poll employments. Unofficial record revealed that over six thousand workers are being employed and scores of them are being data captured for payment of salaries beginning from the month of April.

“You can now begin to think of how much can be added to the previous bank overdrafts to be able to pay April salary and of course, other entitlements.

“Commissioner Sajoh has indeed proved the comrade in him, taking courage to admit weakness and shoulder the accompanying blame on behalf of state government.

It is however unlikely that will be a Comrade Sajoh’s dream come true in having the problem between the Bindow led government and bankers nursing a post Bindow relationship solved,” the critic said.

Adamawa is indeed a salary state. Businessmen could tell whether or not there is salary.

Presently, lack of payment of salary cripples business in Adamawa state with so many commodities having unimpressive patronage.

Opinion: Time to end the Nigeria is rich myth