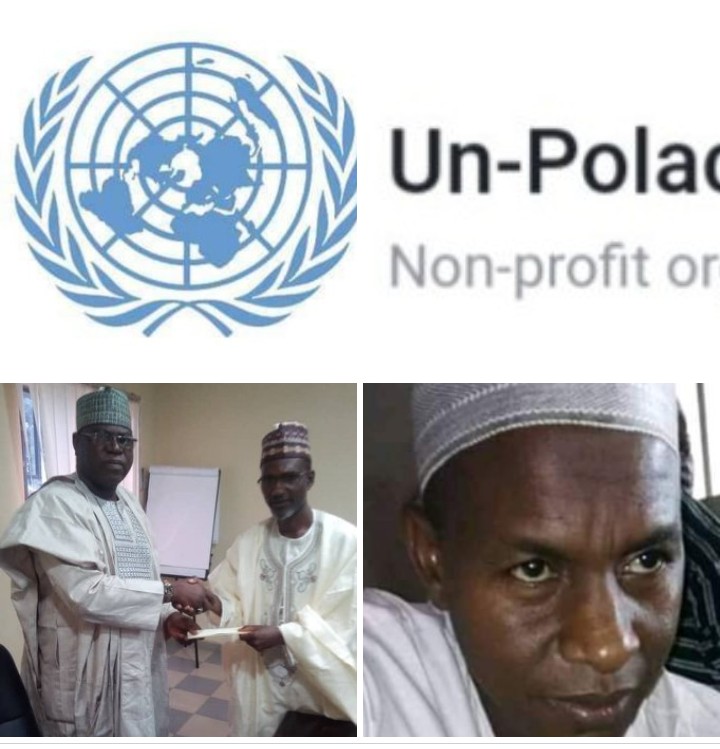 The United Nations-POLAC has paid a condolence visit to the management of Gotel Communications over the death of one of their staff Engr. Ibrahim Usman Malkohi

A diligent and dedicated to assigned responsibility, Malkohi died after a brief illness. His death has indeed left a wide vacuum.

Representing the UN-POLAC, a high powered delegation led by the Country Deputy President northern Nigeria, Dr. Adamu Muhammad Dodo said “Engr. Ibrahim Usman Malkohi has no doubt contributed in no small measure, to his place of primary assignment as much as to his parents, to humanity in particular during his service carrier, to the family and to the faith he professed in general.

“The Managing Director sir, it should be noted that service to humanity, invariably, translates to service to Allah SWT, hence religious. It is in line with the ideals of the United Nations-POLAC for which you undeniably hold the ambassadorial membership. May Allah SWT forgive his weaknesses and reward his services with Jannatul Firdaus,” Dr. Dodo prayed.

Responding, the Managing Director Gotel Communications, managing both the Radio and TV Gotel AmbP. Mohammed El-Yaqoub Marafan Daura, thanked the leadership of the UN-POLAC for seeing good things worthy of commending the deceased, for identifying with the Gotel Communications in both times of joy, sorrow and all other seasons and for squeezing a time out of tight schedule to come to be at one with Gotel for condolence.

El-Yaqoub lamented that as was rightly observed, the death of Engr. Ibrahim Usman Malkohi has indeed exposed a wide vacuum, which left the Gotel family in a prolonged mourning.

“However, we’re consoled by the sermon that every living works only based on appointed time,” El-Yaqoub philosophized.

El-Yaqoub has assured that Gotel Communications would strengthen its collaborative initiative with the UN-POLAC Adamawa state for its peace advocacy, conflict resolution initiative and the promotion of cultural heritage.

POLAC is an acronym for Positive Livelihood Award Centre.

POLAC was established as an international autonomous institution in 2001 with the UN and UNESCO, following General Assembly resolution, declining 2001 – 2010 as a decade of peace and nonviolence.

POLAC’s mandate is to enhance the effectiveness of the UN Millennium Development Goals and UNESCO culture of peace programme. Particularly, the maintenance of peace and security and the restoration of human dignity.

POLAC has, as it’s name implies, two main functions: training and research, with greater emphasis being placed on training. It has established an Institute of Peace and Conflict Resolution in Uyo, Akwa Ibom state, Nigeria.

POLAC’s Goals are:
1. To defend human rights and restore dignity to all persons.

2. To contribute to peace and security by promoting collaboration among groups and individuals through culture and education.

3. To enhance the position of family heads through recognition as Peace Advocates for proper family upbringing.

4. To recognise people (both late and alive) as legends to encourage present and incoming generations for peace and sustainable development.

POLAC has regional offices in America, other African countries, Asia and Europe, in addition to liaison and field offices.

Appointments of Peace Advocates are in the following categories:

Membership forms are available with State Directors or direct from the Deputy Country President or the Director General.

On direct allocation of funds to LGA: Between NGF and NFIU