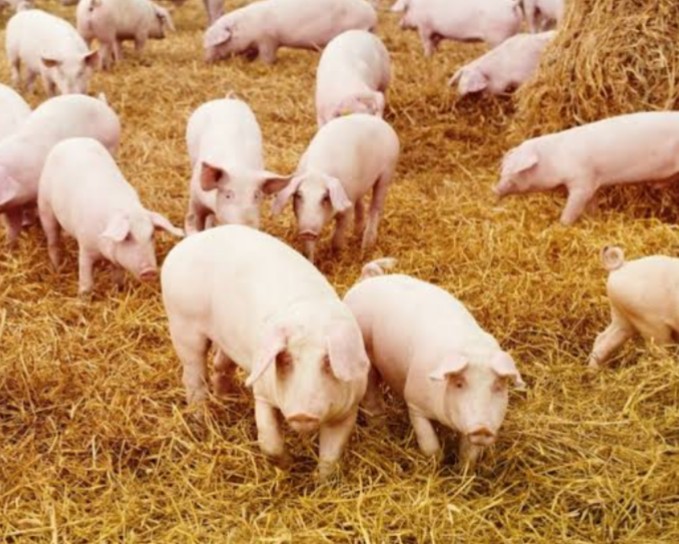 The Nigeria Association of Yoruba Pig Farmers’ (NAYPF), has written President Muhammadu Buhari demanding for the establishment of “pig colony” in Northern parts of the country, Igbere TV reports.

This comes on the heels of federal government’s move to establish RUGA cattle colony for Fulani herdsmen across the country.

Although the presidency has since suspended the Ruga policy responding to public outcry, the anti Ruga establishment nursed the thought that the suspension of the project was only temporarily.

In a statement issued to Igbere TV by NAYPF’s National President, Reverend Bunmi Thomas said the plan was aimed at expanding the pork business and growing the economy.

Gummi argued that the Pig Colony in the north would help “strengthen the unity and economy base of Nigeria”, thereby leading to more employment opportunities.

The NAYPF boss hinted that a team of experts have been contracted from China to help establish a Pork Oil Factory in Abuja, for global exports from Nigeria to other countries.

“The Nigeria Association Of Yoruba Pig Farmers (NAYPF) in view of its expanding pig business and with effort to increase pork meat to beef up protein in Nigeria, humbly demand from Mr. President the Presidential support to create for the NAYPF 10 hectares of land space each in all the 19 Northern States for our proposed PIG COLONY where in Yoruba Farmers who engage in Pig Farming can settle for the rearing of their pigs in a modern piggery system to be coordinated by China Farmers.

“This request is very important as it will engage many youths across various tribes who will be employed in this farming project to inter-marry and inter-commerce, which will consequently strengthen the unity and economy base of Nigeria.

“Funds for this project has been sourced and are readily available from voluntary donations from members and good will Nigerians.

“Additionally Mr President, we the members of the NIGERIA ASSOCIATION OF YORUBA PIG FARMERS (NAYPF) have contracted the service of a Chinese firm YUNGSHAIN AGROPETS to the tune of N23 Billion for the establishment of a Pork Oil Company factory in Abuja where most of the pork will be used for oil production and export same to improve our economy.

“Mr President I have the pleasure to inform you likewise that the association is concluding plans to meet you to shed more lights on any grey areas in this letter (if invited to do so).