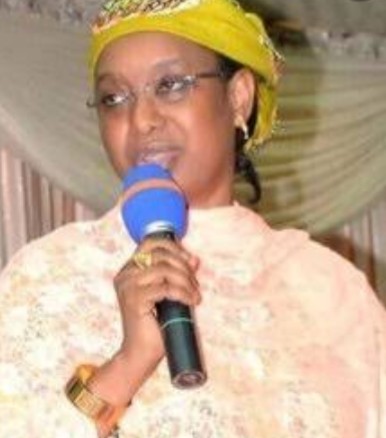 Binani the lonely female Senator from the entire 19 northern states, representing the Central Senatorial Zone of Adamawa, revealed that Adamawa state has the total population of about four million people and Taraba state has about three million. She said it was enough to demand for a teaching hospital and medical college to be able to have more medical doctors and other healthcare professionals that would cover the medical and health needs of the ever growing population.

The idea of upgrading FMC Yola, taken to the National Assembly, was in fact Binani’s infant, born when she was a Member House of Representatives representing Yola North, Yola South and Girei Constituency of Adamawa state before the 2015 election could technically scheme her out of the senatorial equation.

Binani, was said to be supported mostly, by the entire Senators from the Northeast region hitherto occupied by the Boko Haram insurgents.

Senators Ahmed and Emmanuel, both from Taraba state, in their separate contributions to Binani’s motion, are agreed that establishing a medical college at Modibbo Adama University of Technology Yola was a welcome development because states in the northeast, especially Adamawa and Taraba, were shortchanged of medical students. Therefore, upgrading FMC Yola to teaching hospital was also long overdue, owing to its capability and capacity in terms of facilities and human resources.

Earlier, Senator Sadi from Niger state, while supporting Binani’s motion, could have considered Adamawa hence the northeast region, as his second home because he benefitted a lot when he had his NYSC in Adamawa state.

The People from her constituency interviewed, expressed their happiness, told the Periscope reporter that Binani was not a boxer to bring down with shame her constituency. “Binani is simply a Senator who thinks outside the box on how best she could serve the people she’s mandated to represent. She’s remains our pride.”

The Periscope Global productivity award nominee, Binani has had the record of being a friend of FMC Yola, owing to her earlier legislative supports and philanthropic gestures extended to FMC Yola, specialist hospitals and other healthcare facilities cut across her constituency, for the benefit of patients, especially women and children.