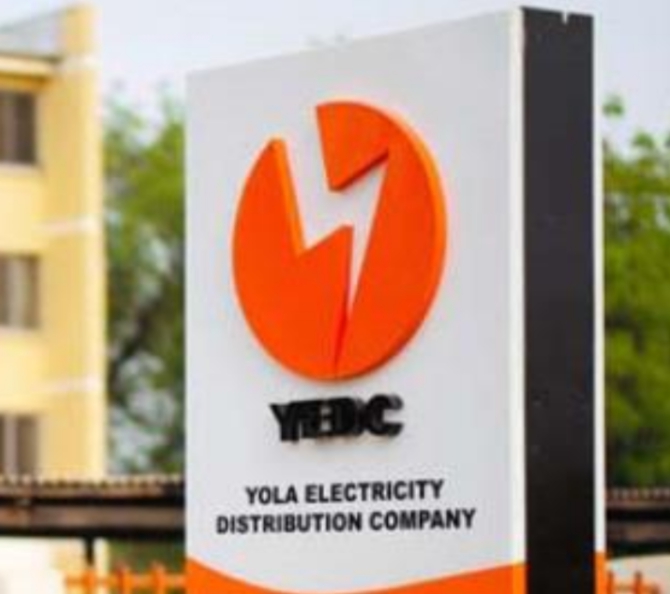 The people in Yola are groaning over the industrial action embarked upon by the YEDC as most businesses in the state capital that require electricity are crippled.

Following the expiration of the two weeks ultimatum given to the management of the Yola Electricity Distribution Company ( YEDC) by the Senior Staff Association of Electricity and Allied Company ( SSAEAC), members of the union have embarked on indefinite strike to press home their demand.

The protesters holding placards with various ascriptions such as “No more slavery in YEDC,” “No to Dehumanisation in YEDC” among others, were singing solidarity songs while closing the gates of the unit preventing customers access to service.

It could be recalled that in 2017 a tripartite committee comprised of the management of YEDC and two unions of the company, were set up to draw condition of service for the staff.

“Several correspondences requesting the company to expidite action and sign the condition of service of workers, fell on deaf ear.

“The strike becomes necessary following the failure of the magement to sign the condition despite the intervention of the federal ministry of labour and the expiration of two weeks ultimatum.

“The association therefore called on the general public to be patient and bear with us as we pursue our legitimate right” – a striking member, speaking for the aggrieved said.

Some of the pressing demands the Periscope investigation will reveal, were the annual “step” salary increment and promotion exercise, a motivation they were being deprived of for some years.

“We’ve abandoned our generators due to the steady power supply we were enjoying. We’re generating impressive profit without generator. Now we’re forced by the YEDC strike action to degenerate to generator for electricity without profit generation. It’s unfortunate. Government ought to do something to halt this economic drawback,” a Barbershop operator lamented.

Monarchy In Maiha: Court Hearing And Final Judgement; in retrospect