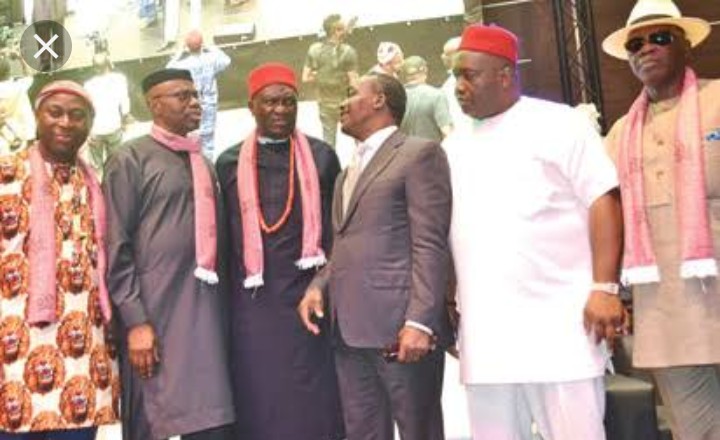 -According to the forum, southern and middle belt leaders are not against the Fulani herdsmen

Southern and Middle Belt Leaders Forum (SMBLF) has said that its governors and leaders never declared war against the Fulani herdsmen whom they have lived with for many years.

This is coming following the call from the leadership of the Northern Elders’ Forum (NEF) asking Fulani herdsmen to return to the north if they were no longer safe in the south, Daily Trust reports.

Legit.ng gathers that SMBLF, in a statement on Wednesday, July 16, said that southern and middle belt leaders were not against the Fulani herdsmen.

MONARCHY IN ZAZZAU: Sokoto Caliphate and the Birth of Three…

According to the statement, there are a large number of Fulani herdsmen living in the south and middle belt and doing legitimate businesses.

They urged President Muhammadu Buhari “to put a stop to the divisive actions of Prof Ango Abdullahi and his youths because it will be very dangerous for us to return to circumstances that created the Civil War”.

Legit.ng previously reported that President Muhammadu Buhari called on all Nigerians to ignore the recent call by the Northern Elders Forum (NEF) to Fulani herdsmen, asking them to leave the southern part of Nigeria.

This was disclosed in a statement on Wednesday, July 17, by the president’s senior special assistant on media and publicity, Garba Shehu.

President Buhari said all citizens of Nigeria are free to move and live within any part of the country they please, whether or not they are originally from there.

The statement read: “In line with our country’s constitution, the government of Nigeria and the administration of President Muhammadu Buhari will protect citizens of Nigeria wherever they find themselves.

“No one has the right to ask anyone or group to depart from any part of the country, whether north, south, east or west.

Political analysts interviewed told the Periscope reporter that the initial hate speech against the Fulani herdsmen, which instigated the reaction of the Prof Ango group warning the Fulani to leave the south and the middle belt where their safety would no longer be guaranteed, signing disintegration, was politically motivated.

“It was summarily an attack against personality of President Muhammadu Buhari using his faith and his tribe,” Charles Onungo a political analyst said

MONARCHY IN ZAZZAU: Sokoto Caliphate and the Birth of Three Dynasties in Zazzau…