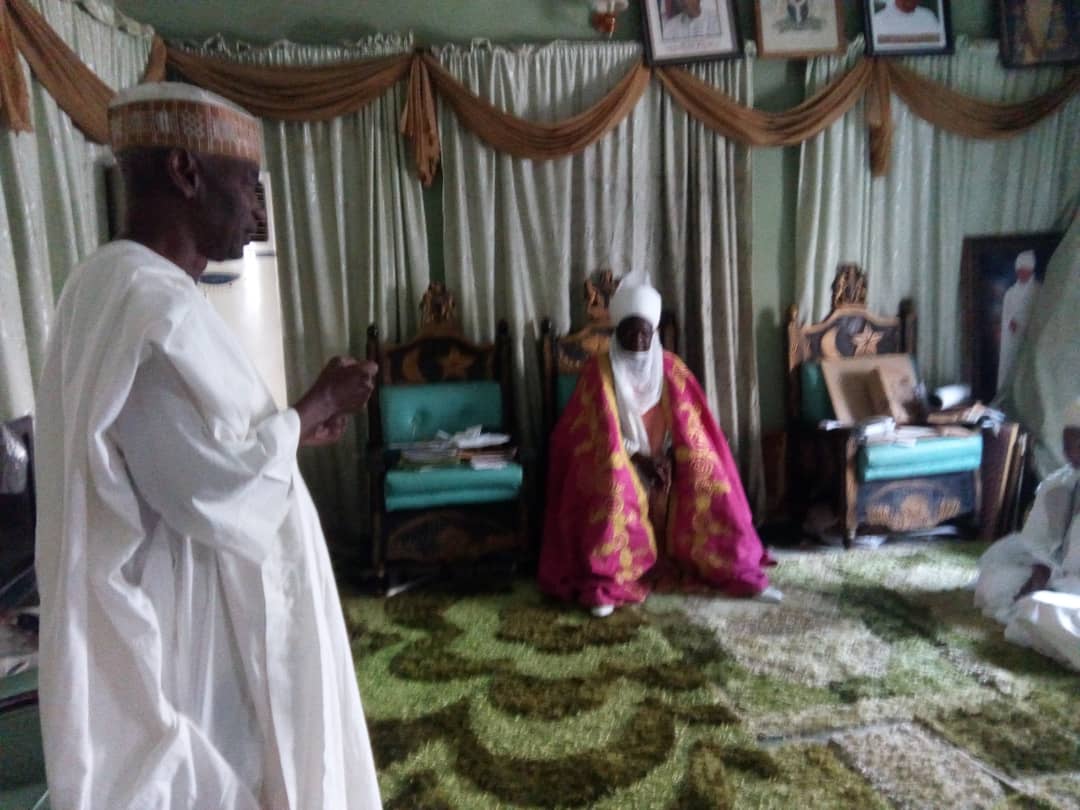 Gangwari said that it was a small token to start with before the Ganye chiefdom could get to be mobilised to be fully involved in the philanthropic gesture.

Receiving the Hospital Paupers Fund members at his Palace in Ganye, Gangwari said the visit was a blessing to the chiefdom.

“We thank you for inviting us to the rewarding venture, an investment the benefits of which without any doubt, shall be beyond measure reaped in the life great beyond.

“We will not want you to go back without us having made a commitment. Therefore, accept this little token for a start. We shall communicate with the members of our community for a mega contribution,” Gangwari said.

Earlier in his address, Alhaji Abdullahi Suleiman the chairman of the Hospital Paupers Fund explained that the scheme was aimed at soliciting for Funds to be able to pay the hospital bills of the indigent patients admitted in FMC Yola

Suleiman said that involving monarchs as royal fathers become paramount to be able to reach out to the larger stakeholders in various communities, considering the ever increasing number of the indigent patients.

Suleiman said that from the endorsement of the fund’s endowment in 2015 to 2018, about fifteen million naira was spent on four hundred and thirty-eight indigent patients.

Suleiman said so many patients have benefited and were benefitting this year.

The Hospital Paupers Fund members were accorded a royal reception with food and drinks in abundance, in addition to what is harvested as a tradition practiced by the food basket chiefdom.