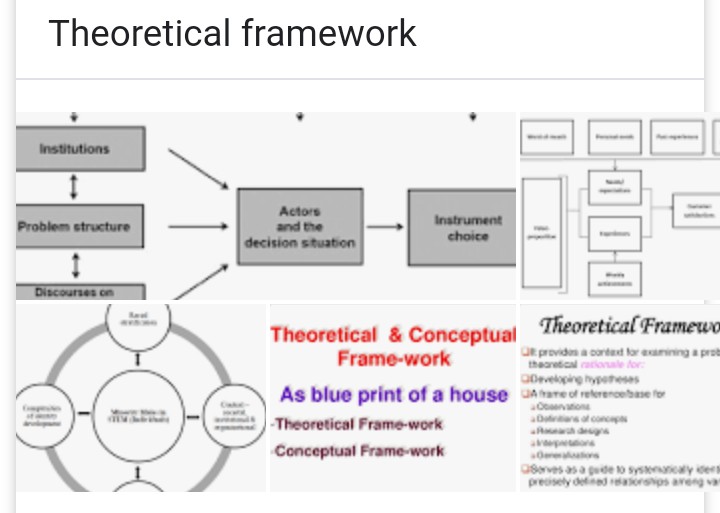 It seems that, in Nigeria, we’re in love with extremism. In everything we do, we tend to embrace the extreme. When we abandon one form of extremism, we embrace another. For instance, we’re either religious extremists or atheistic extremists, and we transition between extremes without making a stop in the middle.

Also, our extremisms are copycat extremisms, but we tend to take them to much higher heights than the people from which we borrow the fads.

Take Nigerian academics. The other week, I was railing against the rigid, extreme, and counterproductive obsession with “theoretical framework” for its own sake. In the 1950s, there was a rejection of crude empiricism in the humanities and humanistic social sciences in the West. There was a concomitant move to theorize and conceptualize knowledge–what has since become known as the Theoretical Turn.

In the West, the theoretical turn has done its work, overplayed its relevance, and is now gradually on the way out, with scholars recognizing that the rush to theorize kills originality, sound research, and sound analysis while masking the absence of rigor. This realization has tempered theory with an insistence on good data, solid methodology, originality, sound, compelling analysis, and well developed arguments and contentions.

In Nigeria, we’re late to the theoretical turn, but, fueled by the proverbial zeal of the convert, and just as Western academics are dialing back on the tyranny and esotericism of high, esoteric theory, we are fetishizing it, even making it mandatory regardless of fit or relevance to particular topics and fields. Not only that, we have bastardized theory, believing that we can just borrow any random theory uncritically and impose it on our work to render it more fanciful and relevant.

As I pointed out in my earlier intervention, this ironically undermines the original insights and contributions of the work.

Prof Abdullahi Liman Tukur’s One Year  In Office As VC…

This is theoretical extremism, except of course that in most cases, those engaging in it do not even understand the theory they’re invoking let alone how to productively use their work to engage it.

But that is not the only kind of extremism Nigerian academics are guilty of. The other extremism is the old, outmoded extremism of crude empiricism. The opposite of theoretical extremism.

Try engaging many Nigerian academics in discussions around concepts and theories and they immediately start referencing narrative, often experiential ones, or go to what they consider empirical examples or instantiations of the theoretical, ideological, or conceptual phenomena in question. They start telling stories or suggesting a practical, instrumental course of action.

They have little or no capacity for theoretical reflection because they’re unable or unwilling to apply their minds to the difficult but rewarding intellectual exercise of deep, critical reflection on an elevated theoretical, philosophical, and conceptual level. Their only frame of reference is quotidian, empirical reality and crude instrumentality.

Provoke them to interrogate and deconstruct the philosophical and conceptual foundations of certain paradigmatic practices and discourses such as democracy, globalization, and human rights and they’ll likely start talking about how Nigeria’s political class is corrupt, how Obasanjo or Yar’Adua bungled this or that project, how such and such governor did this or that, how their local government chairman embezzled money to build a mansion, and how progressive academics should go into elective politics and change the system.

But the point of the conceptual interrogation and critical reflection is that you cannot change a system if you do not question and challenge its foundational conceptual, philosophical, and theoretical assumptions. In other words, changing a system begins at the level of ideas, in the realm of conceptual rethinking and deconstruction. But the point of philosophical and conceptual reflection is lost on them, as they reduce everything to empirical instrumentality and practical, everyday problem solving.

To return to my original point about extremism, then, it seems that if many Nigerian academics are not theoretical extremists of a crude, largely uninformed type, they’re empirical extremists, reducing every phenomenon to its assumed empirical exemplars.

Lost on them is the fact that there is a place for sound empirical analysis and a place for deep, critical, original philosophical and theoretical reflection. The ability to marry and combine the two without privileging one or going to the extreme in either direction is the mark of good scholarship.

The discipline to know which topics and phenomena lend themselves to a deconstructive theoretical and conceptual approach and which ones require empirical and analytical rigor is an indicator of intellectual and scholarly maturity.

Before We Fall Into The Trap Of Bishop Kukah