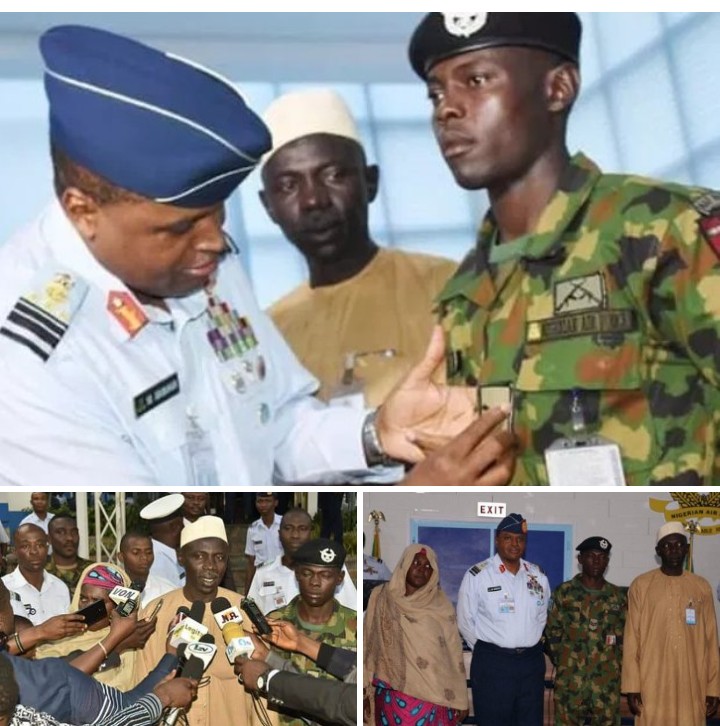 Nigerian Air Force Corp. Bashir Umar of poor parents, has done Adamawa proud for returning the lost N14.9m he has found in Kano pilgrim camp belonging to a pilgrim.

Fintiri’s administration, it is argued, though yet to be x-rayed, is of the poor- because he was from the poor, therefore- by the poor and for the poor; it is not necessarily communist, it is however said to be tough to be capitalists, especially, those who considered school feed scheme as waste of resources a conduit pipe of siphoning public fund, a politician close to Governor Fintiri would reveal to the Periscope.

The politician argued that the financially disadvantaged, constituting the majority of the population in the state, hence the majority of the electorates, might not immediately need to have state monies wasted on roads lamination. Even if they should, it would be a complete construction of roads leading to various villages cut across the entire local government areas of the state.

“At the moment the poor are in poverty and hunger, they will need prompt payment of salaries and pension, responding to the prophetic tradition that a worker should be paid immediately after rendering his service before the sweat of his labour could run dry.

“The children of the poor weren’t going to school, not because they had no shoes as they could trek barefoot but because the parents couldn’t pay school fees.

“Governor Fintiri in declaring a state of emergency on education, school fees will no longer be paid, students will equally be fed in school.

“How this is possible is called prudence, tied to discipline and integrity: bogus subventions to ministries and boards are cutdown to the realistic level. Now instead of those previously enriched by bogus subventions sending their children abroad or expensive private schools within, for education, the surplus is being diverted to payment of salaries and free feeding of students among other initiatives.”

There are other achievements, the governor’s lead media aid ought to have made elaborate rather than blame game he erroneously engaged in that is overshadowing his Principal’s amazing, occasion for the occasion worthy performances,” the politician would explain.

What is impressive in the Fintiri fresh air other than addressing the issue of insecurity, at least for this piece, is the policy associated with “prudence, tied to discipline and integrity,” in looking up to the poor.

Corp. Bashir Umar, an indigene of Maiha local government area of Adamawa state, northeast Nigeria, was from a poor parental background but disciplined with faith; integrity and commitment. His father Malam Umar popularly known as Yobe, is a renowned tea master who also sales fried yam with eggs and indomie in Maiha Market.

When Bashir was recruited into the Nigerian Air Force about two years ago, his poor father reminded him of his plural representational responsibilities to make fame rather than putting to shame his Deen, his country, his state, his local government and his village, enough to make his parents proud.

Corp Bashir was among the security agents deployed to the Kano Hajj camp to beef up security. The disciplined son of the poor parents typifies what should be an ideal Nigerian youth.

The Nigerian Air Force was not to hesitate in promoting Bashir
to the rank of corporal for returning the lost but found 37,000 Euros, equivalent to N14,938,380 to a pilgrim at the Hajj camp of Aminu Kano International Airport, Kano state.

It is indeed an integrity feat worthy of commendation coming at a time when a pilgrim officer by name Salihu Koguna; Makoda Centre Officer, Kano state defrauded a middled aged pilgrim by name Bilki Ibrahim.

Instead of one hundred dollar notes given to the Kano pilgrims, the criminal Koguna, taking advantage of her illiteracy, gave the lady pilgrim only eight notes of one dollar, which he sealed in an envelope.

The criminal act was only discovered in Saudi Arabia when the victim of pilgrimage fraud when to be rendered a teeth decoration service.

Imagine that it was the criminal Kano Koguna who has found the lost 37,000 Euros.

An Air Force Corporal promoted for honesty, an indigene of Adamawa state with integrity, the poor son of a poor parents trained to nurture patience and sincerity, needs to be honoured by Fintiri led government prided for tackling the ‘Yan Shilla insecurity