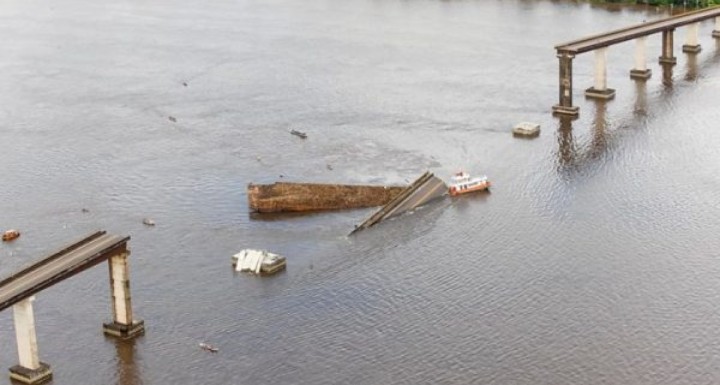 There was palpable tension in Bauchi State northeast Nigeria as many students of Abubakar Tafawa Balewa University ATBU, Bauchi were feared dead following the collapse of a bridge linking the University Monday night.

The incident was as a result of a heavy downpour in the State, which lasted for several hours.

The exact number of casualties was sketchy as some sources within the institution said two students were drowned, while some sources put the number of those washed away at more than two, with several others still missing.

A source I learnt that “eight students have been killed, many others are still missing. One corpse was found around the Nigerian Air Force Base (over 5 kilometres away).”

According to another source within the institution, “the bridge linking the classes with the hostels collapsed as a result of yesterday’s (Monday) torrential rain while students were returning to the hostels”.

A student of the University posted on his facebook account that, “We learnt that there was a sudden disaster which happened at ATBU, Gubi Campus, which affected many of our students, and there might be loss of lives. Please let’s pray for them, and anyone with relatives, brothers, sisters should make an enquiry about his or her well-being”.

Another student said the incident happened between 11.30pm and 12 am.

DAILY POST gathered that students of the institution are currently writing their 1st Semester examination.

When contacted on phone, the institution’s spokesman, Dr Andee Iheme, told DAILY POST that “an emergency Senate meeting has been called this morning and we will hold a Press Conference immediately after that.”