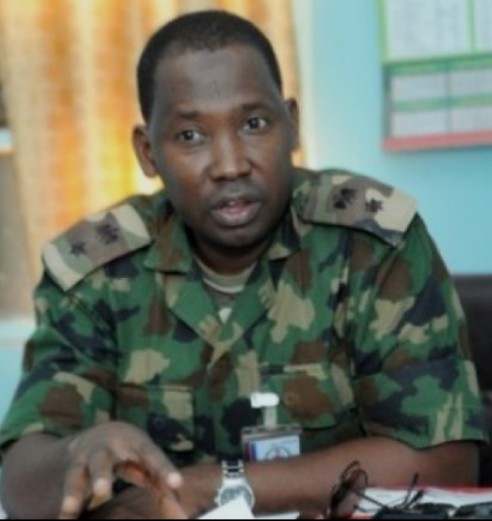 The Nigerian army has accepted responsibility of the death of three policemen and one civilian on Tuesday in Taraba State noting that soldiers mistook the slain quartet as kidnappers.

Army spokesman, Colonel Sagir Musa, who confirmed the development said troops of the 93 Battalion in Takum, engaged the quartet in exchange of fire when the policemen allegedly refused to stop at three checkpoints.

Buttressing his point further, Musa noted that at the time the incident happened, the soldiers were on the trail of kidnappers after receiving a distress call that someone had been kidnapped.

It turned out, he said, that the people attacked were members of the IG Intelligence Response Team from the Police Headquarters Abuja.

The Army spokesman said an inquest into the ugly incident has commenced following the commission of a joint investigation committee headed by the Deputy Inspector General of Police in charge of Force Criminal Investigations Department, DIG Mike Ogbizi.

“The attention of the Army Headquarters has been drawn to the Press Release by DCP Frank Mba, Force Public Relations Officer, on the unfortunate incident that occurred on the 6th of August 2019 in which troops of 93 Battalion Nigerian Army Takum pursued and exchanged fire with some suspected Kidnappers who indeed turned out to be an Intelligence Response Team from the Police Force Headquarters Abuja on a covert assignment from Abuja resulting in the death and injury of some members of the Team.

“On the 6th of August 2019, the said Nigerian Army troops, while responding to a distressed call to rescue a kidnapped victim exchanged fire with the suspected kidnappers along Ibi-Wukari Road in Taraba State.

“The suspected kidnappers numbering about ten (10) and driving in a white bus with Reg No LAGOS MUS 564 EU refused to stop when they were halted by troops at three consecutive check points.

“The flagrant refusal of the suspected kidnappers to stop at the three checkpoints prompted a hot pursuit of the fleeing suspects by the troops.

“It was in this process that the suspected kidnappers who were obviously armed opened fire at the troops sporadically thus prompting them to return fire.

“In the resultant fire fight, four (4) suspects were shot and died on the spot while four (4) others sustained various degrees of gunshot wounds and 2 others reportedly missing.

“It was only after this avoidable outcome that one of the wounded suspects disclosed the fact that they were indeed Policemen dispatched from Nigerian Police, Force Headquarters, Abuja for a covert assignment.

“However, following inquiries from a Police Station officer who was asked by the commander of the Army troops whether he was aware of any Nigerian Police team being dispatched to operate in the LGA, the Divisional Police Officer of Ibi Police Division responded that he was not informed about any operation by the Nigerian Police Force Headquarters thus lending credence to the distressed call from members of the community that the suspects who turned out to be Policemen on a covert mission were rather suspected kidnappers.

“This incident is indeed quite unfortunate and could have been avoided through proper coordination and liaison as the Nigerian Police Force are partners in the fight against crimes such as kidnapping amongst myriads of other internal security threats confronting our nation of which the Nigerian Police is the lead Agency.

“In order to avert future occurrences of this nature, the Army Headquarters and the Force Headquarters of the Nigerian Police have agreed to constitute a Joint investigation Panel to be headed by the Deputy Inspector General of Police in charge of Criminal Investigation Department, DIG Mike Ogbizi, to jointly investigate and report on the true circumstances surrounding the unfortunate incident…” Saturday said: