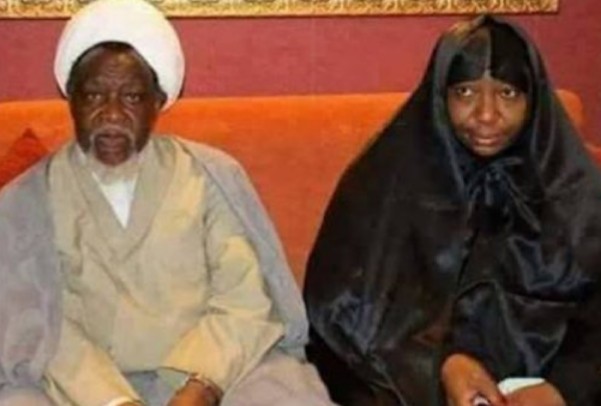 Daily hints reported that Ibrahim El-Zakzaky, the leader of the Shiite movement in Nigeria with his wife has just arrived Abuja international airport to be flown for medical tourism to India.

The associate of the cleric was reported to have revealed at the Abuja international airport, Monday El-Zakzaky with his wife would be flown in a private chartered aircraft for medical tourism to India.

“I can confirm that he is on his way to India today in a chartered aircraft,” the associate, who is a member of Mr El-Zakzaky’s medical team, told Daily Hint Reporter

The development comes a week after El-Zakzaky was granted bail by a Kaduna State High Court to travel to India for medical treatment.

El-Zakzaky follower were so concerned that their leader might die in custody if not treated urgently.

The trip would be the first time El-Zakzaky would be in anywhere else but the Nigerian government custody since December 2015 when intimidated by road blockage, Nigerian soldiers who could have considered the act as felony with impunity, tore down the Shi’a Hussainiyya enclave in Zaria; killed hundreds of his followers and took him into custody.

Last week, the Kaduna State government asked the court to approve a set of stringent conditions it posted for before Mr El-Zakzaky would be released.