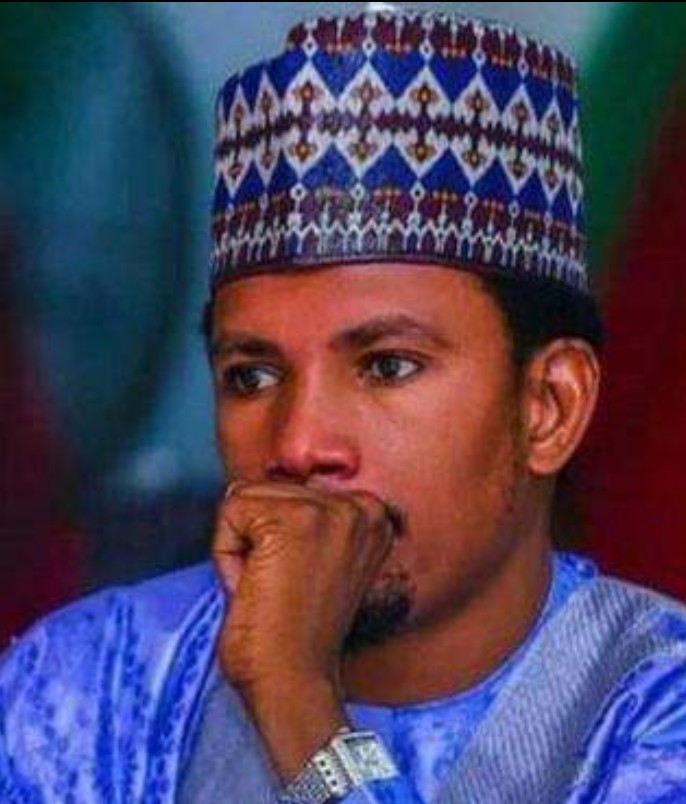 The cross between Senator Ishaku Abbo called Cliff the insulted and Nuruddeen Kama the insulter, in conflict resolution with pardon, is Barr Abdulrahman Njidda who is alleged to be trying to translate the apparent defamation of character with partisan politics.

Kama’s unsubstantiated accusations against Cliff that landed the former into the DSS net Friday, in Yola, Adamawa State northeast Nigeria, are so weighty, perhaps immoral to be repeated presently.

While the good number of men with conscience, pleaded for clemency from Cliff, in favour of their free soliciting client Kama, Barr Abdulrahman Njidda, perhaps for plural reasons, without considering the fact that prison with the cause to be jailed based on accusation relating to character assassination, technically ends one’s whatever carrier, however political.

Barr Abdulrahman Njidda; Principal Partner Njidda & Co (Husna Chambers), while reacting to Kama’s invitation by the DSS in Yola, wrote on his Facebook wall, further indicted by endorsing Kama’s accusations against Cliff as genuine that would soon be presented with verifiable evidences, either if Kama is not released and/or if Kama is taken to the court of law.

“What had Nuruddeen Kama written to warrant his arrest? What he even said was just a synopsis and/or an outline of the episodes we are going to release on this issue. Many of us could get humiliated, arrested, molested and imprisoned but we are more determined to see to the end of this arrogan3ce than allowed ourselves to be equivocated!” Njidda challenged.

However, APC as a political party, part of whose philosophy is to reunite the nation by sanctioning against hate speeches, does not tolerate character assassination in anu form malicious libel.

The Kilba speaking, are enlightened people, who will rather think of what makes the prospect and if they should participate in the critique, even if political party, should be based on policy rather than personality.

Both Kama and Njidda are Muslims; Islam deals with evidence, proof and knowledge before the law and anywhere and that if one should speak, must peak good or keep mute; no malicious libel.

Political pundits, ponder upon the reason for the character assassination when the senator in question belongs to a different constituency.

Sen. Cliff represents the northern senatorial zone, while Kama is being represented at the central senatorial zone. Where is the link? Was he doing to appease the Sen Binta Masi who was defeated without mercy at the poll by Sen Cliff?

Kama, when asked, was quoted to have said that he did it out of provocation. Where did he meet with Cliff to have him provoked?

“Did you know me?” Cliff would ask.

“Have we ever met anywhere?” Abbo would ask.

“These weighty, libellous accusations you labelled against me, do you have evidences to justify them?” Cliff would ask.

“Why did you do it?” Cliff would ask.

Kama would explain that he was provoked by a Facebook handler who was supportive of Sen Ishaku Abbo the cliff where he likened Sir Abubakar Tafawa Balewa the first and only Nigerian prime minister with Cliff the current youngest senator in the country.

Kama was said to be among those who were tough in trying to have Cliff sanctioned for slapping a breastfeeding mother at the adult toy shop in Abuja; a case that assumed political dimension much more than the spirit within the form of the offence that is fast fizzling out.

Cliff, considering all odds, has apologised for his actions. His other activities; representational and philanthropy, have since overwhelmed his singular sin, yet Kama has taken to personality attack.

“Have you ever heard or seen me insulting President Muhammadu Buhari, former governor Muhammadu Umaru Jibrilla Bindow or Sen Binta Masi Garba, though we belong to different political parties?” Cliff would ask

“Do you know why? Because they are my elders; they are my leaders. I can criticise their policies when and where necessary but not their personality. You are too far my junior, yet you are insulting me for no offence have I committed against you.” Cliff would say

Cliff would argue that he has a family he would want to earn respect from and constituency and the word he would want to have, respecting his dignity, why would Kama want to destroy the dream?

“I heard that you have a wife and a child. I can afford to take care of them when you’re in prison. Will it be good for you spending sometimes away from your family?” Cliff would ask.

Certainly the answer would be in the negative.

“If Nuruddeen Kama would be remorseful and asked to be forgiven for the offence he has committed, why is Barr Abdulrahman Njidda trying to ruin Kama’s future by hitting the polity; claiming to be compiling evidences to justify that the accusations aren’t libel?” A critical thinker would ask.

If to court of law Cliff would take Kama on Monday, the latter would not escape prison term, lacking evidence to justify malicious and libellous accusations.

When to prison he goes at this young age, Kama’s future remains permanently paralysed.

It is based on this consideration and joining the popular call, that the Periscope Global Publishers pleads with Senator Ishaku Abbo the Cliff we know, having the human heart, to temper mercy with justice and stop the case, not to exceed to the court of law and eventually to prison.

Suffices to say that the Periscope calls on Cliff to save his future with pardon, Prison should not be the Karma for Kama.

Kama should rewrite his karma by using the same medium he peddled the libel against, to publicly apologise not only to Sen Abbo but also to those he wouldn’t listen to when he was told that he was going beyond his boundaries. Peace!