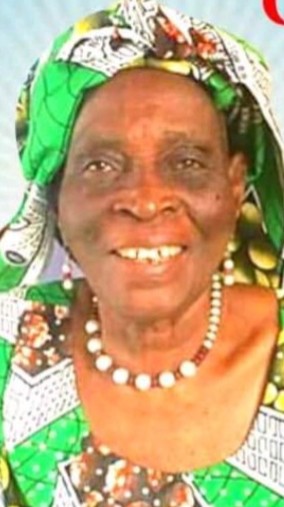 August 10, 2019 was not to be “as usual ease” a day for Manassah family. It was a day Mama Jaanyi Salmuna would have to excuse the family to eternity after a protracted ilness

AmbP Michael Manassah the Hon Commissioner Public Complaint Commission (Ombudsman) the beloved son, announced the transition to great beyond on his timeline where he briefly lamented that:

“My beloved Ama, as I use to call you, death has separated us all. Till we meet to part no more.”

Mr. Michael Manassah was among the medical team, led by Prof. Auwal Muhammad Abubakar that carried out successful separation of conjoined twins in FMC Yola, about a year ago, among other rather so numerous to mention complicated but successful surgeries in the country he actively participated.

Having realised that Mr Michael Manassah was an untired retiree, the Federal Government of Nigeria dedicated the Public Complaint Commission Adamawa State to his diligent and selfless service as its commissioner.

Mr Michael Manassah as Ombudsman committed commissioner, has mediated in, to resolve so many conflicts and has solved so many shortchanges free of charge within one year.

Mr Michael Manassah, won the 2017 the Periscope Global Publishers Productivity Award; the philanthropic category. He’s been nominated for the 2018 leadership category among other legitimately earned awards, in addition to being appointed as Ambassador of peace with the UN-POLAC

Mr. Michael Manassah was grateful to the management and staff of FMC Yola for standing by him and the adequate healthcare services rendered to his mother till her death

Mr. Michael Manassah equally thanked the Periscope Global Publishers, the UN-POLAC, other groups and individuals for the condolence messages.

The septuagenarian, born in November 1942 Mama Jaanyi Salmuna Manassah, Michael’s Ama died at the age of 77. She was buried based on the Christian rites on Saturday August 17, 2019 at Zhedinyi, Hong local government area of Adamawa state northeast Nigeria.
Adeu Ama