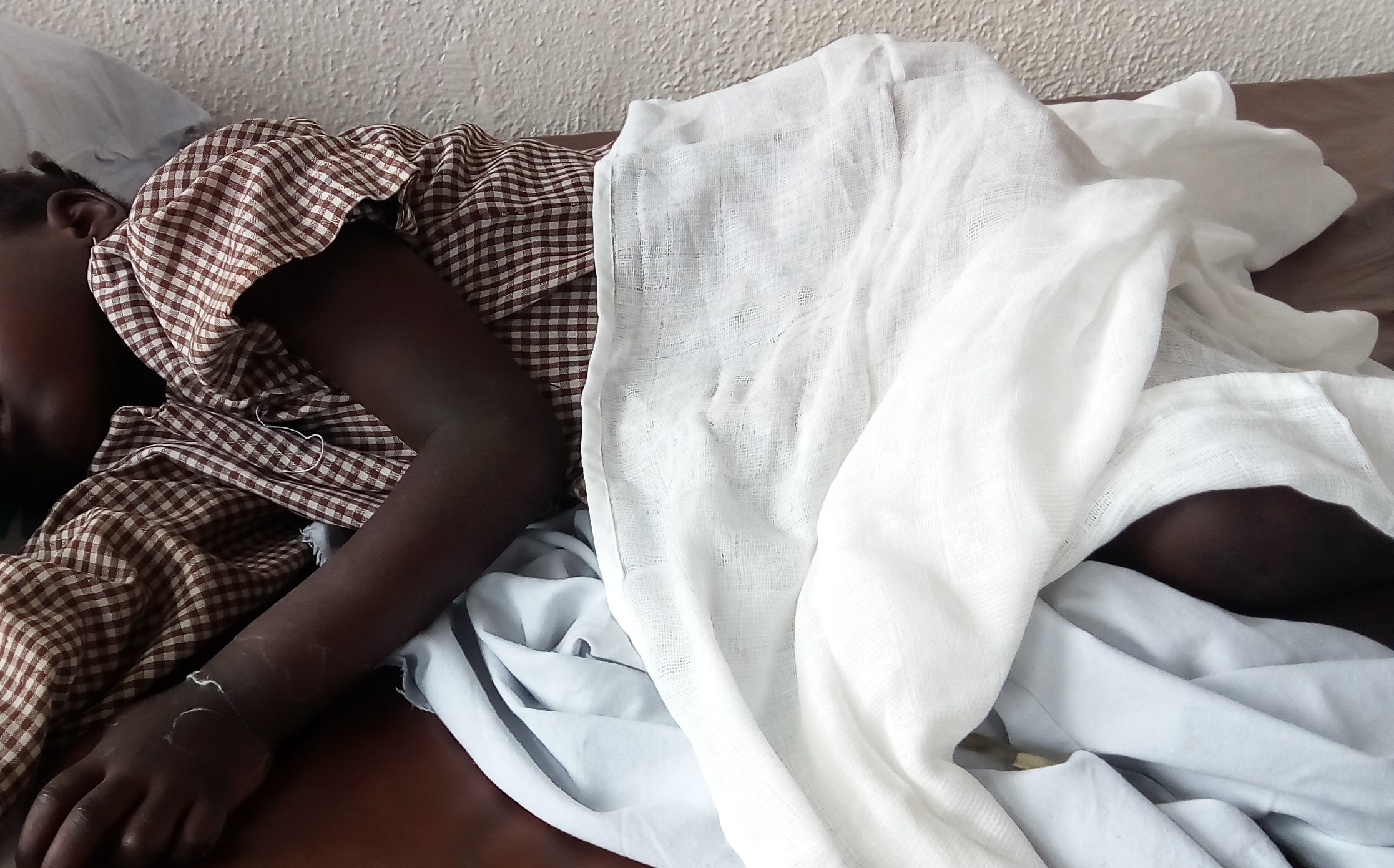 Fatima was bleeding profusely. Her condition was beyond the capacity of the health facility to handle, hence was transferred to the Federal Medical Centre FMC Yola for superior management on Saturday.

There were plural narratives in trying to identify the rapist. Why did the family initially not want go public and/or to the police with the case, was what Adama the grandmother of the raped victim would not reveal to the Periscope.

Adama was a psychiatric case. Her two sons, antagonistic to each other from boys to men, presented their characters as alleged criminals in the community, never to expect any sense of decency and morality in the family.

Equal Access International EAI is an NGO that engages in handling challenges associated with the internally displaced Persons IDPs among other responsibilities in Yola.

Adama the psychiatric case grandmother, would not want to release her raped granddaughter Fatimah to be taken to hospital. The EAI would have to use one of the granddaughters to convince the seeming mad grandmother that she would take her cousin to clean her up.

That was how Fatimah’s aunt and Peace Promotion Fellow Hauwa who is a nurse in leàrning and training with some international practice, took the casualty of rape to the health facility for medical mediation.

The fees for diagnostic investigations and drugs, were put by Hauwa representing EAI, the Periscope investigation would reveal.

A narrative has it that it was her uncle Mustapha Kabiru that brought the raped Fatimah back home and dumped her with his mad mother, directing his wife to prepare hot water for the management of the rape and left.

That was what influenced the earlier allegation that it was the uncle, now at large, who raped Fatima,. For what? For vendetta or for ritual?

The last fight fatimah’s father Ayuba Kabiru had with her uncle Mustapha some years previously, before Ayuba left to settle in Lagos, was though without death, bloody. Both parents were alleged to be known for stealing in the neighbourhood.

Ayuba is currently serving a prison term in Lagos for a not clear explained offence, which made reason for Fatima and her elder sister to be taken to their mad grandmother in Yola.

Fatimah was traumatised with pains. However, while on the hospital bed, having woken up from sleep, She mentioned the name of one Abbati as being responsible for her painful condition.

“It was painful but he closed my mouth not to cry aloud,” she said.

when Mustapha’s wife took some food she prepared to the hospital, she was asked about the whereabouts of her husband. She said she left him at home.

Mustapha a GSM repair at Jimeta shopping Complex with his errand boy about 19 years old Abbati, must be taken to the apropriate authority to challenge the assault agaist the girl-child.

When she was asked whether or not her hosband was aware of the allegation agaist him as the prime suspect. She said he was not aware, and that she would inform him when she went back home.

Meanwhile, a Fistula assisting group based in Kaduna, indicated an interest to put the bill for the trattment of Fatimah. The group requested to have the cost of the trestment sent to them to be able to raise the funds.

Fatimah, a medical personnel would reveal, would require surgery.

“She’s now under investigations preparatory to the surgery,” a medical personnel would say.

In other climes, the social welfare would have relieved the irresponsible parents from the training and upbringing of these girls permanently. a group lamented

The United Nations-POLAC, in a statement signed by Dr Adamu Muhammad Dodo the deputy President northern Nigeria, West Africa and made available to newsmen, has however called on the parents to show more care and keep a keen watch over their wards, especially the girl-child, not to let them be exposed to any form of assault.

President Muhammadu Buhari unveils the portfolios of the 43 new Ministers