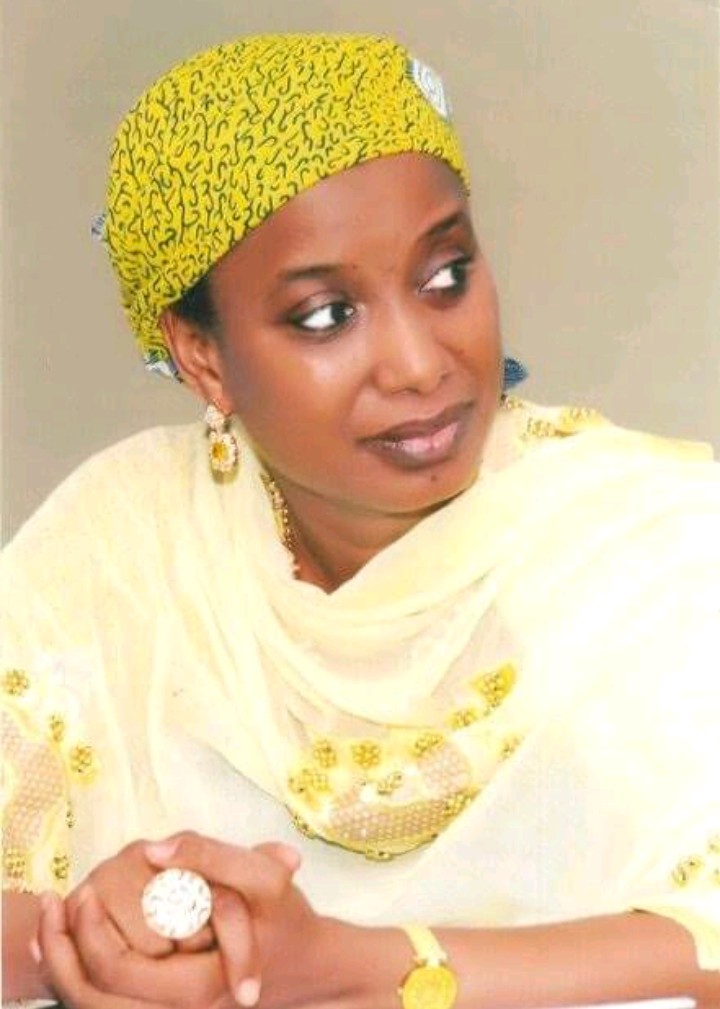 A philanthropist, corporate social responsibility incorporated, advocate of humanitarian service, a genuine jewel amidst the impoverished wealthy and wealthy impoverished, a positive responder to popular call in joining politics for a worthy representation, Senator Aishatu Dahiru Binani, representing the Central Senatorial Zone of Adamawa State, having considered it worthy to lead the cause, at the legislative level, for the upgrading of Federal Medical Centre FMC Yola Adamawa State northeast Nigeria, to a Federal Teaching Hospital and establishing a Medical College by adding “Science” clause to the pure “Technology” in Modibbo Adama University of Technology MAUTechYola, or conventionalising the technology tertiary institution, later to be echoed by the aristocrats, the technocrats, elderstatesmen and other groups led by Rt Hon Ahmadu Umaru Fintiri the governor of Adamawa State, anchored another rather daunting cause aimed at addressing flood disaster.

Disturbed by the torrential rainfall that lasted for hours Friday, rendering people homeless in Yola, the Adamawa state capital, Binani has called on the state government to proffer lasting solution to widespread flooding in the state and the residents to take heed to the warning associated with the weather forecast and the government layouts.

Prevention, Binani would bring to bare, is the first step to managing disaster; when there would have been the need for more drainages in Yola the state capital, as a call for political will on the part of the government, the already built drainages are filled to the brim with refuse dumps blocking the water channels, thereby exposing the residents in the flood prone areas to untold devastation; wanton destruction and even lost of lives.

This is simply calling the ministry of environment along with other relevant agencies that they must wake up from slumber, back to work that defines their responsibilities for the era of lamentation to be able to be finally through.

Suffices to say that Binani has brought to the notice of the public and concerned authority that the flood disaster was sequel to the residential buildings and even trading places on what used to be a water paths, illegally sold to desperate people lacking foresight and critical thinking.

“The heavy rain that caused the widespread flooding in major parts of the state capital can be avoided to a certain level, if people don’t dump refuse inside the waterways (drainages) or even erect buildings on water paths,” Binani lamented.

This is indeed a worthy call on the government to go by the original plan on the map defining the layouts, even if it should take the El-Rufa’i-na-tion of the state capital, for a worthy ventilation and a war against “flood into our homes.”

“We must come back and restrategise to make sure that flood issues are addressed permanently squarely, to prevent further lost of lives and properties,” Binani advised.

Binani, as a palliative measure, as the Periscope reported earlier, has invited the attention of the National Emergency Management Agency (NEMA) requesting for relief materials to the affected victims.

However, NEMA intervention would have been more benefitting without the air about waste, when it should he channelled to the casualties of natural disasters than that caused by the notorious men only to be later claimed by their stubborn acts.

huge resources are invested in building drainages, the benefitting residents defined the project as pit for dumping refuse rather than waterways that would rescue their homes from ruin and children from drowning.

Commenting, while being interviewed by the Periscope reporter, the residents of the flood affected areas commended Sen. Binani for speaking out legislatively loud.

“Truth is truly bitter, hence it takes courage without conspiracy to hypocrisy to be truthful.

“Sen. Aishatu Dahiru Binani has simply spoken the apolitical truth. We also thank her for the NEMA intervention she has invited in our favour,” Bitrus Daniel a resident in Jambutu said.

“Binani is simply challenging the Ministry of health, environment and land and survey to sit up and meet up with their responsibilities to be empowered by the political will on the side of the state government with a view to getting the state out of the maze associated with flood disaster,” Abdullahi Lawan a resident of Damilu observed.

FCE Yola To Host 2020 NICEGA Games, To Improve The Socioeconomic Status of Adamawa