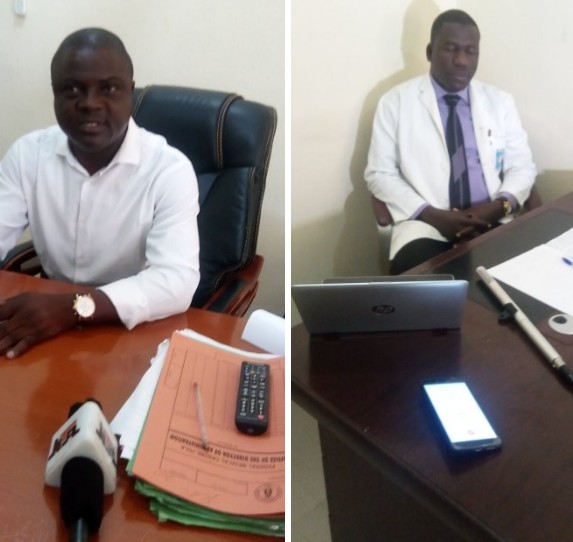 Her head was lying on the lap of Hauwa Garba knitting her hair, after a successful surgery. Some of those who keenly observed her after having recovered from the drowsy influence of anaesthesia, revealed that she was murmuring something; some said it was prayer, perhaps against her assailant.

Then a guest of goodwill who was more of a security officer, brought along with her, what seemed to be an assuring information that the beastly rapist Shilla hybernated member Abbati Musa, has been arrested after having pleaded guilty to the crime, which he claimed was caused by a devil his parents failed to exorcise from birth.

The Beastly rapist Abbati was reported to have raped a goat not so long ago; an inhibition alleged to have been conducted without condom. The helpless animal was mercilessly killed by the community, sparing the life of the criminal.

The vengeful spirit of the helpless goat raped by hybernated Shilla member Abbati and killed by his parents, would hunt his soul to eternity for the injustice in sparing the rapist the Shilla’s life who was naturally beastly, lacking human attitude.

“There is indeed a price for killing the raped goat whose owner mustn’t demand for compensation, lest he’s also killed, sparing the rapist,” Dauda, a tenant in Rumde Ward, would tell

On hearing the information, the assaulted raised her head along with her hands, facing the prayer direction, though on a hospital bed, with a resounding exclamation.

“Alhamdulillah! Ya Allah, make the law cut his tongue and seal his mouth from crying of any inflicted pain and incurable affliction as he savagery covered my mouth not to cry of the unbearable pains while he was brutally assaulting me and abandoned me to die in my pool of blood,” the assaulted prayed.

Dr. Bulus Ayuba Dabo and Dr. Clement Ayuba the consultant gynaecologists who were part of the surgical team that God helped to bring back hope to the devasting life of the assaulted minor at the Federal Medical Centre FMC Yola, Adamawa State northeast Nigeria, said even though the disinhibited 19 years old rapist Shilla hybernated Abbati has severely punctured the minor up to the rectum. The damage was however corrected and being a small girl, she would soon recover but that she would require the service of psychologist for psychotherapy and social support

Having commended the Hospital Paupers Fund, an initiative of the management of FMC Yola for putting the bill of the surgery and post surgery management, Mrs. Helen Magani the chairman women wing of the Christian Association of Nigeria CAN Adamawa State and Mrs Ladi Bala national executive member NAWOJ, insisted that justice must take its course. The beastly Shilla hybernated rapist Abba must face the law without mercy.

“This is an act of Antichrist, which all and sundry must join the crusade to crucify,” Magani challenged.

“The society is drifting to an inhuman, savage and barbaric destination, claimed by the incessant rapes with however unimpressive record of reported cases, to get out of the maze, our communities must communicate with a view to defeating the conspiracy of silence by reporting rape incidents,” Bala said.

The duo, leading different groups, jointly encouraged the victim’s relatives to be strong while commending Hauwa Garba for taking the bold step in exposing the rape case and in supporting the victim and relatives.

Activist Hauwa Garba a Peace Promotion Fellow with Equal Access International EAI an NGO, expressed hope that with the encouraging support in the war against rape and other forms of child abuses, girl-child would no longer be living a pathetically traumatic experiences.

FCE Yola To Host 2020 NICEGA Games, To Improve The Socioeconomic Status of Adamawa