Adamawa: Coalition on the March Against Rape to the Government House, House of Assembly 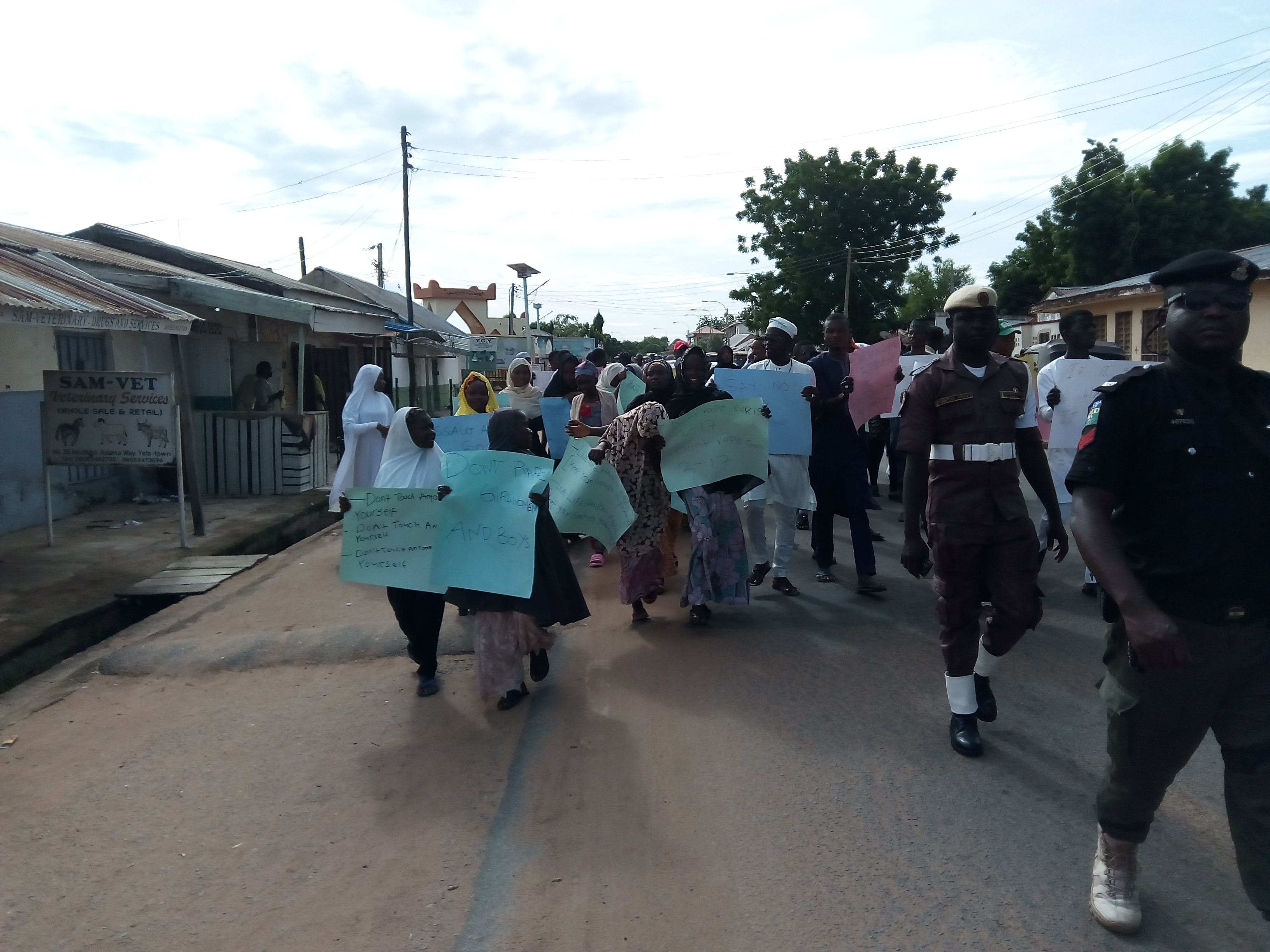 The Coalition of Civil Society and the media under the aegis of Adamawa Coalition Against Rape, are on the miles of metres March Wednesday, to the Adamawa state government house, Adamawa state house of Assembly, Adamawa State Police Command and the judiciary to present a protest letter against the alarming rate of rape cases with survivors, mostly minors, to the Adamawa State Governor, the State Lawmakers, the Commissioner of Police and the Chief Judge.

Some of the coalition’s prayers are:

1. Parents at home should make their children understand about sexual violence to be able to speak out

2. Schools to ensure students/pupils are aware sexual violence and NOT abused by teachers/staff

3. Traditional leaders to condemn but not to encourage assailant to escape from punishment

4. Religious leaders should publicly condemn and preach against rape

5. Youth to speak out against Rape

10. Media to expose rapists, not survivors and victims (dead) etc.

11. Governments should implement the Special Court Against Rape – to ensure sensitive, smooth and justice

14. Harsher punishment for perpetrators: under 18 to be castrated. 18 years and above castration and life inprisonment. If rape or ritualistic= death.

18) Rapists must be made to compensate expensively

The coalition has on Tuesday 17th September 2019 held series of media sensitisation against rape inviting people to come out in troup to support the course.