PDP: LGA chairmanship primaries does not hold in Maiha, delegates denounces with the superimposition scam 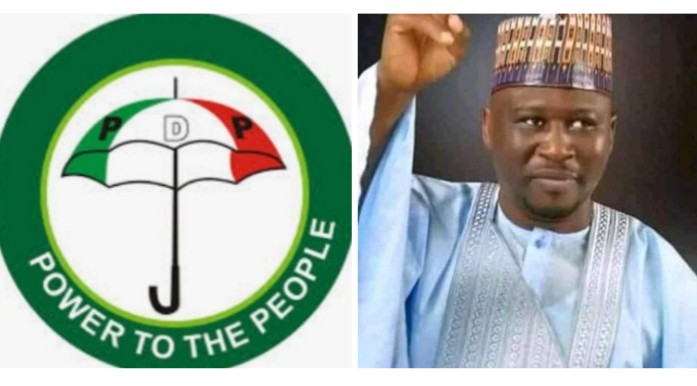 The local government chairmanship primaries for PDP did not hold Saturday, in Maiha local government area of Adamawa State, Northeast Nigeria, due to what political analyst considered as genuine protest.

Party members as delegates are collectively disagreed with the Idi-Aminated scam intended to hack the conscience of the electorates. A literary critic revealed to the Periscope reporter.

“Three candidates are gunning for local government chairmanship in Maiha under PDP; Abubakar Mustapha, popularly known as Habu, Muhammad Hassan the Dallatun Maiha and Idi Amin Pakka a man with the striking resemblance of late Idi Amin Dada of Yuganda.

“Abubakar Mustapha is the oldest, loyal, most committed and contributor to the party followed by the Dallatu Maiha.

Idi Amin has only but recently, decamped to the PDP. He was being superimposed on people as LGA chairman under APC the ruling party at the state level in 2015. He has planned to do the same in 2019 under PDP the present ruling party at the state level. This time, the people’s voices echoed the no more scam, “Maiha sai Habu,” Yueufu an electorates said.

It was gathered that Idi Amin the contestant, Kwacaca the interim LGA chairman, Bindow Wuro-Ladde the PDP chairman Maiha LGA and Salihu Yunusa Belel, jointly carried the superimposition scam from Yola, claiming that governor Fintiri of Adamawa State has endorsed Idi Amin, there would therefore, not be any need for the primary election in Maiha.

Trouble started, the Periscope investigation can reveal, when the returning officer was heard saying in the afternoon that since it was getting late and that some of the election materials were yet to arrive, election has invariably been concluded.

Who conducted the election? When? Where? How has the primary election been concluded?

Since answers to the questions would not be convincingly given, the teeming party members in Maiha, insisted that election must hold to pick the candidate of their choice, the winning candidate.

The protest went beyond 7pm, it has degenerated into violence, which necessitated for the postponement of the election.

Though there was no death or casualty, windscreens of some vehicles were touched with stones.
Securitymen have tried hard in subduing the protests using teargas and firing of guns on the air for the party officials under protest siege, to gain easy access out of Maiha.

“People are daily growing to be politically enlightened. The era of superimposition of candidates is over as much as it’s high time for illitaretes to find their political bearing.

“We do not want to believe that governor Fintiri has signed a pact with those lacking integrity to promote corruption in Maiha; superimposition of a candidate on electorates is corruption. This, I should say, served as litmus test to governot Fintiri,” a man of wisdom revealed to the Periscope in Maiha.

“To manufacture result? How? PDP Primary election for the LGA chairmanship did not hold in Maiha today or any day. It must be rescheduled, unless otherwise the PDP as a party promotes corruption and inefficiency in administration. Party members in Maiha reaffirmed.

Adamawa: students return to schools, no chalk, no registers, no scheme and record of work booklets, no… Principals, teachers lament

Nathan drugged before raping to impregnate our daughter – parents