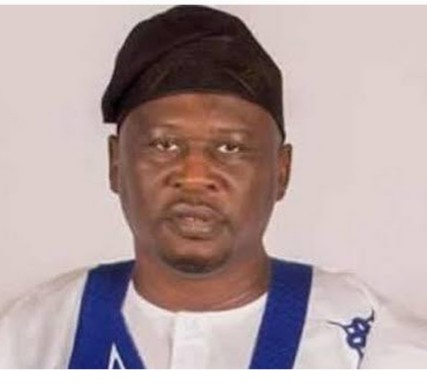 It will appear that governor Ahmadu Umaru Fintiri of Adamawa State is receiving attacks left, right and centre.

Last week, some Adamawa workers said to be employed during the previous government held a peaceful walk protest demanding for their six months unpaid salary.

Sen. Ishaku Abbo Cliff’s video clip, where he described Fintiri as a disaster, went viral; even though Cliff is of PDP, other aggrieved party members revealed to the Periscope that Abbo has simply and boldly spoken their minds.

Now is the turn of APC to cry fault against the N9.9 loan requested by Fintiri.

Does the APC as an opposition party really mean to oppose the loan when it has its members as lawmakers they could have influenced to stop the request from being legislatively granted?

The opposition All Progressives Congress in Adamawa State Monday, called on the Debt Management Office and other relevant agencies to henceforth check loans being obtained by the State Governor, Umaru Ahmadu Fintiri.

Organising secretary of Adamawa APC, Ahmed Lawan who made the call in Yola said that the call was necessary following the approval given by the State Assembly to Governor Umaru Fintiri to take a new N9.9b loan

According to Lawal, the present administration had consistently run Adamawa state for about six months and took loans worth billions of naira with nothing on ground to show for the loan.

Lawal expressed serious concern about the debt profile of the state and pointed out that already, the state from 1999 till date was indebted to the tune of N96.4b local debt, according to the debt profile released by Debt Management Office.

He explained that despite the billions of naira collected from FAAC for the past five months by Fintiri administration, “There is nothing on ground to show for it.

“Meanwhile the federal allocation has significantly improved leading to bumper harvest by the state at the monthly FAAC.

“Yet, the governor takes another N9.9billion naira loan for ‘housing projects’?

“The problem of Adamawa civil servants has nothing to do with house, as there are empty houses that litre the state without occupants.

“the process of taking the 9.9 billion naira loan by Fintiri’s government is already a flawed as there is no state executive council in place to deliberate on the loan before it was forwarded to the state house of assembly for approval.

“we are very sure that 9.9 billion naira loan will soon find its way to private pocket as the loan is not taken in the interest of Adamawa people, but for selfish reason,

“it is on record that Senator Bindow has not taken a dime to implement any capital project in his four years in office, we wonder why a government that just spent less than six months in office applies for about 10 billion naira loan without justification,” Lawal added.

The party man noted that in spite of criticising Bindow by Fintiri when Bindow took 5 billion naira loan to offset health workers salary, it is unfortunate that Fintiri requested for about 10 billion naira loan, when he has no exco in place, the government, he added was still owing salaries of roughly 13 000 civil servants that are unjustiably suspended from work in the name of verification exercise.

The secretary said that with the manner the present administration obtained the loan, the future of Adamawa children was being mortgaged.

“And our fear is what is going to happen to Adamawa children.

“This is the reason we are calling on the Security and Exchange Commission, Debt Management Office and the Economic and Financial Crimes Commission to intervene and save the future of Adamawa people from being mortgaged.

This was the Finder’s news report. The Periscope will however get to hear from PDP and the Fintiri led government on whether or not it was necessary, whether or not due process was followed even without the executive council fully constituted, to apply and access over N9b loan only with the approval of the lawmakers.

Teachers aren’t any longer cheats, teaching has taken a worthy shape in public schools in Bauchi with Tilde