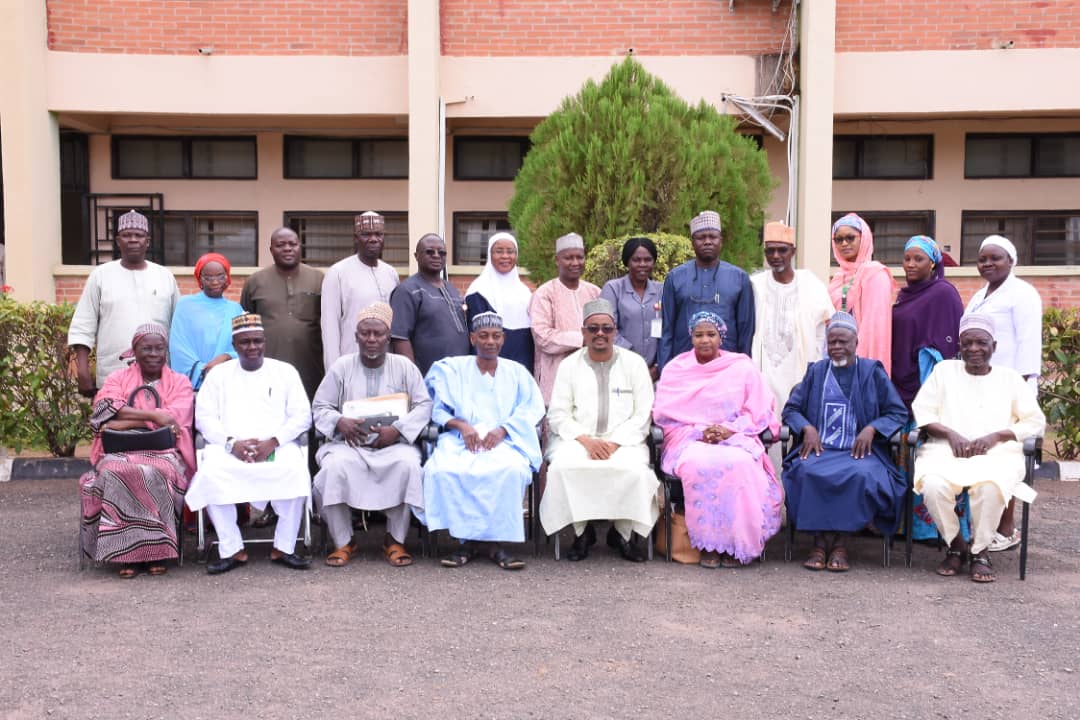 The Medical Centre also commended the members of the fund committee led by Alh. Suleiman Abdullahi for realising the dream of the fund scheme.

Jointing the popular call, the FMC Azare initiated a move to establish a fund scheme that would carter for the less financially advantaged patients by constituting a group referred to as “A League of Friends”

The group led by Saudatu Mahdi Tuesday, visited FMC Yola to study the establishment and general activities of the Hospital Paupers Fund, Yola.

Similar visit was paid by a committee constituted by the management of the Federal Medical Centre, Keffi Nassarawa state, north central, Nigeria some months previously.

Saudatu Mahdi said their visit as a committee, was mainly to study the establishment of the HPFY, the composition and constitution, the mission and vision and the successes recorded and the challenges experienced, so that they could be guided on how to to run effectively and efficiently the one they were tasked to establish in FMC Azare.

Hospital Paupers Fund, HPF Yola came into being as a result of development being observed by the management of FMC Yola under the leadership of Prof. Auwal Muhammad Abubakar the Medical Director that sizable number of patients who were on admission were unable to pay for the healthcare services being rendered to them; investigations, surgeries dialysis, medications and sometimes even feeding.

The management would be left with no option than to waive the payments for such financially disadvantaged patients.

Sometimes the management of the FMC would seek for assistance from willing individuals to contribute towards the treatments of such patients.

This arrangement was found to be unreliable. Particularly, with the migration of official transactions to TSA, hence the need arose for the formation of a body that could be relied upon, to solicit for funds from the public, to assist the indigent patients in an organised manner.

Prof. Auwal revealed that initially, some members of the management of FMC expressed their pessimism on the actualisation of the initiative that it could hardly be popular in luring the conscience of the philanthropists to key into the humanitarian project as a social responsibility.

The pessimism was to be eventually defeated with the establishment of the fund scheme and the encouraging popularity and the overwhelming public commitments it has amazingly received.

The membership of the Hospital Paupers Fund, Alhaji Suleiman Abdullahi the chairman explained, comprised of external and internal members.

The external members are drawn from the retired civil servants of proven integrity cut across the geopolitical zones of the state. While the internal members are selected from the staff of FMC Yola representing the clinical departments, the social welfare, the admin, finance and audit, the information and faith based associations within the health facility.

Abdullahi revealed that the operation of the committee was hinged around a number of important considerations.

“Our terms of reference include; to solicit and obtain as much funds as possible to take care of as many indigent patients as possible.

“To ensure that only deserving patients who are admitted in FMC Yola benefit from the funds.

“To ensure that funds expended actually get the services intended

“To ensure that all payments made for services rendered by the hospital are made to the Single Treasury Account TSA.

“The successes recorded were as a result of the fact that the committee has operated in line with the terms mentioned in all its activities, Abdullahi said.

Abdullahi explained that before embarking on seeking for funds, the committee has earlier paid a courtesy call on the media managers and the correspondents chapel soliciting for media mediation as a collaborative pack.

The publicity enjoyed by and the awareness jointly created through the media, inviting individuals and organisations to contribute to the funds scheme, were summarily brilliant.

The monarchs, the elites, the philanthropists, the politicians, the civil servants and businessmen among others, have keyed in to contributing to the funds scheme.

From its record, the committee has, as at September 2019, expended N21,013, 274 as intervention for the treatment of 765 indigent patients in FMC Yola

Saudatu Mahdi and team members, like the Hon Minister of Health among other personalities, having thanked the management of FMC Yola for the reception, commended the members of the hospital Paupers for the successes recorded and the blueprint freely offered to them.

Among the member of the League of Friends from FMC Azare include Umar Farook Yakubu, Mohammed Dankatagum Garba and Abdu Mohammed the Information Office, FMC Azare.