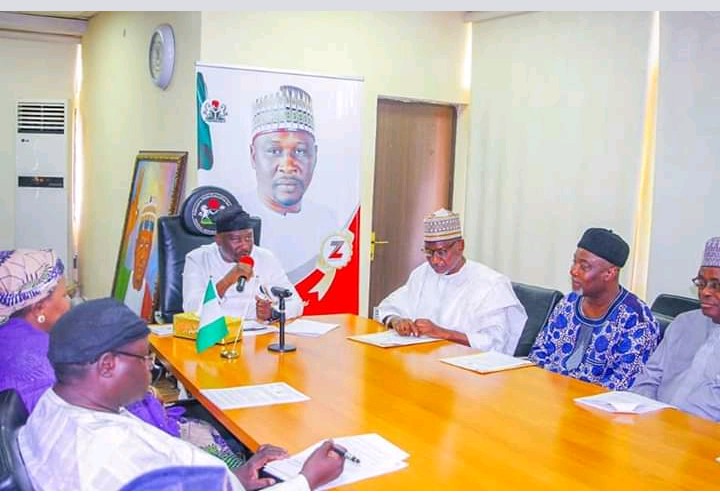 The Medical and Dental Council of Nigeria MDCN has announced plans to establish to establish its northeast zonal office in Yala, Adamawa.

The executive members of the Council led by its chairman Prof. Abba Waziri Hassan disclosed this Tuesday, during a courtesy call on Governor Ahmadu Umaru Fintiri at the government house in Yola, where they solicited for the support and cooperation of the Adamawa state government to be able to realise the dream.

Prof. Abba Waziri Hassan revealed that the Medical and Dental Council of Nigeria was established in the early 60s as a department in the Federal Ministry of Health, later to become an Independent body in 1963.

Hassan said that at the moment, the Council has five Zonal offices in Lagos, Enugu, Ilorin, Kaduna and Port Harcourt respectively.

The closest zonal office to Yola, Abba disclosed was Kaduna. Therefore the Council reasoned that establishing its northeast zonal office in Yola would be necessary and timely as it would stimulate the Council’s activities in the zone; considering the fact also that “the council has so many registered medical and dental practitioners and training institutions in the northeast zone.”

Responding, Governor Fintiri, after having congratulated Prof. Abba Waziri Hassan for emerging as the chairman of the council, described the visit and the intention of establishing the Council’s zonal office in Yola as timely and a welcomed development.

Fintiri explained that establishing MDCN zonal office in Yola would regulate the activities of medical practitioners, particularly in Adamawa state and expand the activities of the council in the northeast subregion.

Fintiri has disclosed that his administration has recently fished out a quack opthalmologist and a medical doctor who operated with NABTEB certificate.

Fintiri said he would direct the state ministries of land and survey and that of the housing, to provide piece of land and office accommodation for the MDCN in Yola.