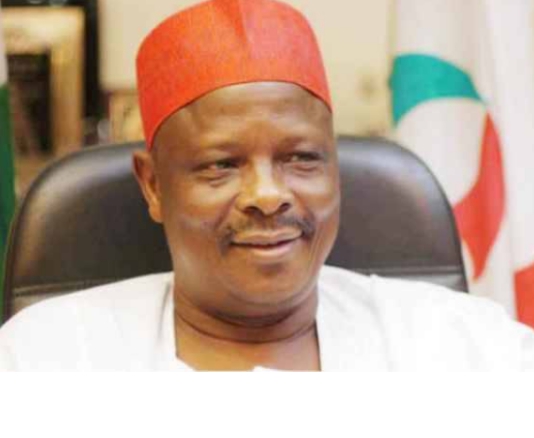 A former Governor of Kano state, Sen. Rabi’u Kwankwaso, Monday inaugurated a college of nursing and midwifery at Kwankwaso town in Madobi local government area of the state.

News Agency of Nigeria (NAN) reports that the college was donated by Kwankwaso, who also named it after his mother, Nafisa College of Nursing and Midwifery, Kwankwaso.

The inauguration of the all female college was part of activities to marking the 63rd birthday of the former governor.

Speaking at the occasion, Kwankwaso said his decision to establish the college was to ensure more nurses and midwives complement government effort towards providing quality health care services in the state.

“The decision to establish the College and named it after my mother, Nafisa College of Nursing and Midwifery is borne out of my commitment to support the education sector and uplift the living standards of our people,” he said.

He said that the college would commence its academic activities with 50 students, pointing out that sales of application forms had commenced.

According to him, only qualified candidates will be given admission into the school in accordance with the laid down rules and regulations of the Nursing and Midwifery Council of Nigeria.

Earlier in his remarks, the provost of the College, Malam Abdullahi Isma’ila said that the inauguration of the college would narrow the gap between the Southern and Northern parts of the country.

“I wish to intimate you that there is a wide gap between the number of Nursing and Midwifery institutions in the southern part of Nigeria compared to those in the north as proven by the research findings.

“Early this year, there are 126 Nursing and Midwifery schools in the south and only 83 in the north despite the huge northern population,” he said.

He, therefore, stressed the need for wealthy individuals in the North to establish such schools to train more Nurses and Midwives.