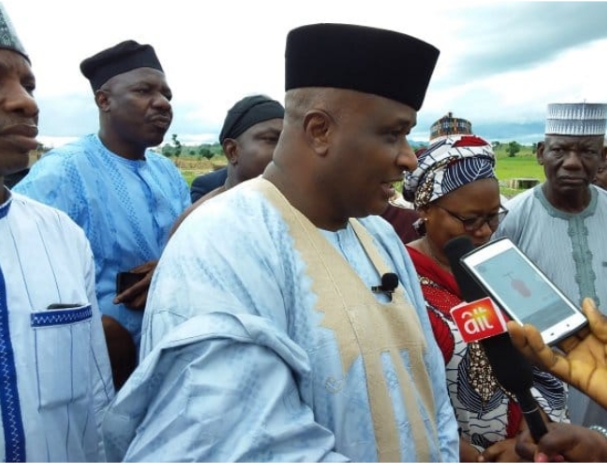 Vacancies for Vice Chancellor, Registrar and Bursar of the Adamawa State University ADSU Mubi, are penciled for advertisement after having completed system study and review that recommended for the total overhaul of the key leadership of the institution by the new chairman of the university governing council, Awwal D Tukur with committee members, who was in the university from Tuesday to Saturday working from morning to late evening, with a view to getting the institution out of the maze.

The Vice Chancellor, Registrar, and Bursar, have been operating in acting capacity, against the university convention, since the last administration led by former Governor Muhammadu UMARU Jibrilla Bindow that appointed them.

The Periscope has gathered that those in acting capacity could tender their resignations should they want to apply by means of regularising the positions held, the governing council recommended.

An insider revealed to the Periscope that the documents presented by the university leadership, to the governing council for scrutiny, were sufficient to nail one into antigraft’s net as much as they were sufficient to grind academic activities to never to be resurrected halt.

ADSU Mubi is the first state owned university that was established in the northeast. However, owing to administrative inefficiency and heartless, in addition to the lack of political will on the side of the previous government, the Yobe and Gombe state universities suddenly outshined the elder ADSU; lacking some faculties it ought to have established long before now.

The frustration occasioned by poor leadership has resulted in the academic staff who were being PhD trained with the university resources, to divorce the university for a new engagement with other apparently serious institutions accros the country

Auwal Tukur led governing council is charged with the responsibility to restore the lost glory of, against the gory situation the institution is nursing.