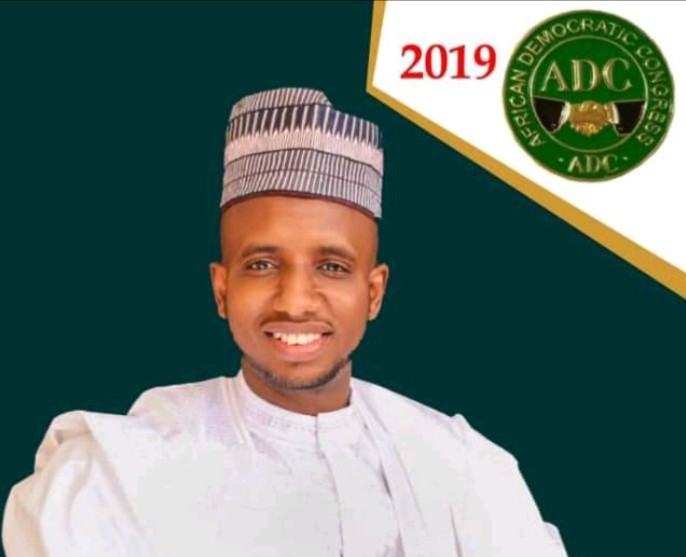 There were phone calls we would not pick having a crucial United Nations-POLAC meeting I was chairing as the deputy president Nothern Nigeria.

There was a humanitarian issue that required urgent intervention we were given attention that faithful Saturday.

Some of the UN-POLAC Ambassadors in the meeting suggested that we should contact Dr. Abdullahi Dauda Belel and the youngest but quantifiably big-hearted Ambassador Muhammed Gidado Muhammed we simply addressed as Amb. MGN also known as “oil and gas” perhance we would get to be out of the present challenge that we would not want to be disappointedly consumed by it.

Dr. Abdullahi Dauda Belel and Mohammed Gidado Mohammed both belong to the membership of the UN-POLAC. They were miles away from the venue of, therefore, could not attend the meeting.

Their ambassadorial philanthropic interventions in addressing UN-POLAC challenges can not be wished away with a wave of hand.

Though our phones were kept on silent mode, the vibrating calls from the same GSM number was untiringly persistent. It was considered a distress call, with no intention, in our nurtured opinion, to distract our attention.

It could be an emergency call, the meeting suggested. It hung up before I could pick it as was requested.

Excusing our guests who were not ambassadors at a meeting, I dialed the number, a soft spoken voice picked it.

Going through the window has always been a rough, never to be contemplated idea, for the legitimate people working the talk on a genuine mission to be accomplished legitimately.

The door, though could be tough and difficult passing through, is unhipocritically the option of the courageous, not opportunistic heroes of ethics; peeping through Hippocrates’ window, if it lens is not in anyway considered as archaic even to the percieved archives, will lead you to the door in line with my thought for an oath against hypocrisy, presented in lies and deceit on the one hand and inefficiency and ineffectiveness on the other hand, considered as stretched arms of corruption;:for which the phone calls would want to address.

“The Hippocratic Oath is an oath of ethics historically taken by physicians. It is one of the most widely known of Greek medical texts. In its original form, it requires a new physician to swear, by a number of healing gods, to uphold specific ethical standards…

“Hippocrates of Kos, also known as Hippocrates II, was a Greek physician of the Age of Pericles, who is considered one of the most outstanding figures in the history of medicine,” see Wikipedia.

What a digression! You could say. However, the respondent in the correspondence requested that he be allowed to deploy the service of speaker phone for a kind of teleconferencing.

“We’re many in the group, seeking for consultancy and confirmation of one of your member’s integrity and capability to lead, joining the political race as local government chairman,” the soft voice said.

Incidentally, not long after the seeming teleconferencing, Amb MGM called. He was on a hot seat he said. Jimeta youth in their numbers called out to him.

It was an invitation they said he must not disappoint them by rejecting as it could result in him being ejected, dejected and degraded by community denial of his essence, experience and expertise.

“I’m being invited by the not too young to rule advocates to join the local government chairmanship race for Yola North. I’m however humbled with your advice,” MGN said

Dr. Abdullahi Dauda Belel was invited by the young and old, men and women of the northern senatorial zone of the state to join the senatorial race.

At UN-POLAC, we saw the light in the spirit behind the invitation, hence has not hesitated in the support by joining the popular call in getting the senatorial district out of the maze associated with misrepresentation.

However, the electorates were politically bamboozled? Disenfranchised? Shortchanged, as the party of choice was not to pick their candidate, hence manipulated out right from the party primaries. The aggrieved electorates were left with the only option to radically respond with their PVC by voting against the party and its candidate.

It would be a different experience with MGN’s nomination; the choice party has identified itself with free, fair and peaceful, for a credible primary election.

The choice party is equally the champion of the youth should be given a chance to rule.

“We need not tell you about ADC sir. It is the party under which we want to showcase Amb Mohammed Gidado Mohammed our candidate,” the youth group said.

Added to the UN-POLAC, I am also the chairman board of trustees of the MGN philanthropic foundation established by Mohammed Gidado Mohammed to address the plight of those plagued by wanton poverty resulting from ineffective and inefficient leadership and misrepresentation.

MGN Foundation feeds the poor. It also provides clothing. It provides scholarship to the children of indigent parents as well as foot the medical bills of indigent patients.

It is based on this among other humanitarian intervention as a social responsibility that Mohammed Gidado Mohammed won the UN-POLAC Ambassadorship and is conferred with the traditional title of Sarkin Dawakin Jimeta.

Incidentally, our guests that brought challenge to our table for the meeting, were among those that MGM has initially assisted to addressing pressing family and health issues. Redirecting the challenge to him, the Ambassador said he would take care of the issue, bailing us out.

Unlike our disheartening experience with the race to the senate from the primary election never to be conducted by the APC in the northern senatorial district, MGN won the ADC primaries for the Yola north LG chairmanship election.

The co-contestants have since taken the pills of politics without bitterness to join support in the race for the MGN and their party’s victory.

It is not about political party with UN-POLAC, it is about the personality; the who and the what about the contestant.

UN-POLAC promotes and supports its member joining political race because he or she will be a ray of hope.