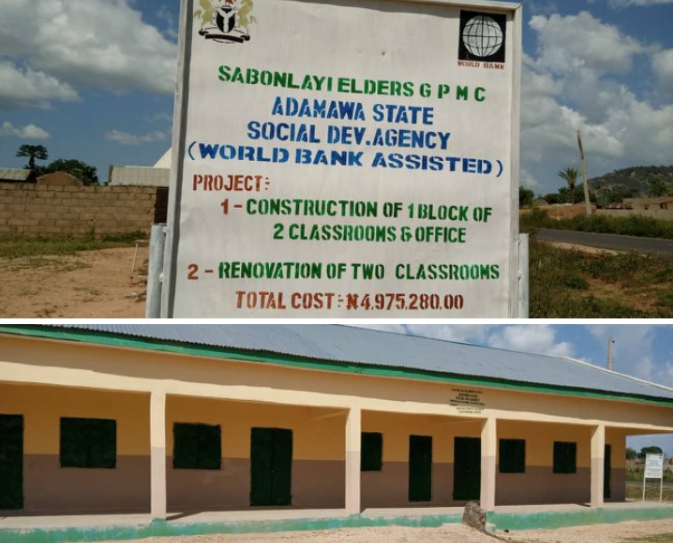 Since July this year, the Community that is responsible for this gigantic project has been trying to hand over this beautiful project to the officials through the Head Master of the school local government education authority. However, the headmaster of the school insisted that he would not just take the keys to his big Ogas at the top without some kickback;

A fraudulent kind of homage for a goodwill for a credit not merited, in the opinion of the beneficiary community, by the headmaster’s so-called superior officers.

I authoritatively gathered that the headmaster has been a clog in the wheel of development of the school during the construction of the school block, demanding money from the community, claiming that the request was from the above and had severally threatened to frustrate the project if the community failed to to give him some percentage from the project fund to share with his ogas at the top to be able to retain his seat if not at the same time gain promotion out of loyalty by what the beneficiary community technically considered as submitting to corruption.

The principal complained on several occasions that the project was threatening his seat because his Ogas at the top kept on asking him to get them their share.

When the chips were down, a good Samritan had to intervene; he collected the keys and set things in motion by confronting the authorities.

While addressing the issue for a way forward, the good samaritan, in the presence of the so-called Ogas that demanded for the so-called kickback, repeatedly explained that the demand made by the headmaster as a condition for handing over of the completed projects was aimed at bribery.

I am still following the tape recording in which the bribery allegation is made and will petition the relevant authorities if fully satisfied especially, now l that the Ogas at the top are now witchhunting the good Samaritan for daring to expose them.

(to be continued tomorrow).