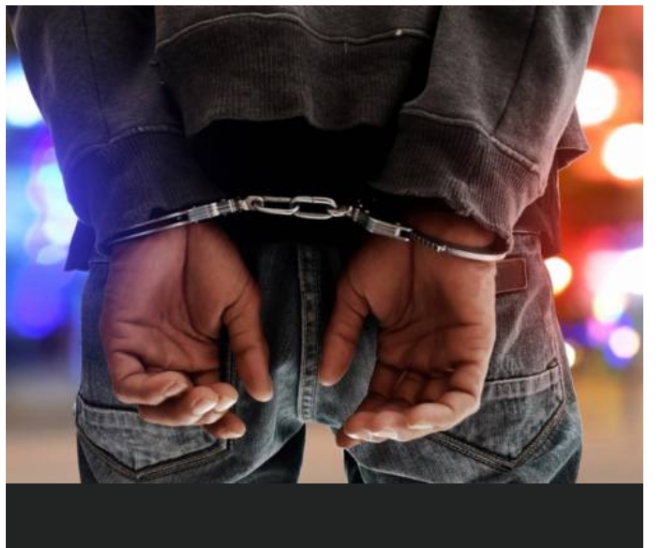 The alleged rapist is a 31 years old rather unmarried Ibrahim Ahmed whose idleness is said to have led the devil set its workshop in his mind to have marred a minor; a neighbour’s daughter “living in a face me I face you compound,” kind of a rented house, sandwiching the married and the unmarried, harbouring the “rape risk”.

A mother of the assaulted minor invited the intervention of security officials challenging a trusted like a fox neighbour, for allegedly translated the predator tendency in him, on her daughter.

The survivor, suffocated by the assailant’s sophistication in smuggling her without much struggle from her sleeping father to his room, was heard crying for reason her age would not let her report.

The screaming-cry was unbearably suffocating. The mother decided to make a thorough check on her daughter brought to her by the alleged rapist.

Although there was no blood, there was sperm staining her private part, she would not want to have it touched, owing to the unimaginable pain resulting from what the mother could consider as injury inflicted on her daughter by the alleged paedophilo-rapist neighbour.

It was the second experience, the survivor’s mother lamented. She was subdued by the neighbours living in the same compound the first time the alleged rapist picked her daughter only to bring her back with sperm stain on her private part.

The neighbours argued in favour of the alleged culprit that since there was no blood, it meant that there was no rough penetration even though they could not defend the meaning of an adult sperm staining the minor’s private part, insisting that since the alleged rapist has vehemently denied committing the criminal act and there was no cogent evidence to link him to the crime, it should simply be silently burried as it did not happen; what the Adamawa Coalition Against Rape could consider as the “conspiracy of silence.”

For the second time, mother left daughter in company of her seeming stessed-father who was eventually bludgeoned by the stress into a deep sleep leaving his daughter playing alone.

Taking advantage of the situation, Ahmed the alleged rapist, was said to have silently sneaked in and smuggled the little unprotected girl, perhaps to his room.

She was already crying profusely when Ahmed returned the minor to her mother.

Searching for the reasons to the cries led to the discovery of adult sperm in the survivor’s private part.

This time, the neighbours would be unable to stop the mother from inviting policemen to the scene.

The Alleged rapist was taken to the Wuro-Hausa police station. He denied that he has raped a minor he was accused of but could not get to explain whose sperm that littered the baby.

If Ibrahim Ahmed denied raping his neighbour’s daughter then who could have been the rapist, the minor’s father?

An insider informant on condition of anonymity revealed to the Periscope that the case was eventually transfered to the CID office.

Corroborating, an officer at the CID office has confirmed that the case was “brought to the CID but nothing is been done because the complainant is yet to come along with file and statement forms that is constraining further action.”

On receiving the information, the Adamawa Coalition Against Rape ACAR office, has volunteered to put the bill for the stationeries being requested at the CID office.

With this development therefore, the survivor’s mother with her daughter, would have to be taken to CID to have her statements taken for redress.

From CID, the survivor would be taken to Adamawa Hope Centre for proper observation, medication and continued investigation with a view to facilitating the prosecution.

FTH Gombe in mourning over the death of CMD