Nathan drugs, rapes, impregnates our daugther, calls us pimps, enjoys NUT support and the DCR cover to scawsh the case, setting him free – the survivor’s parents 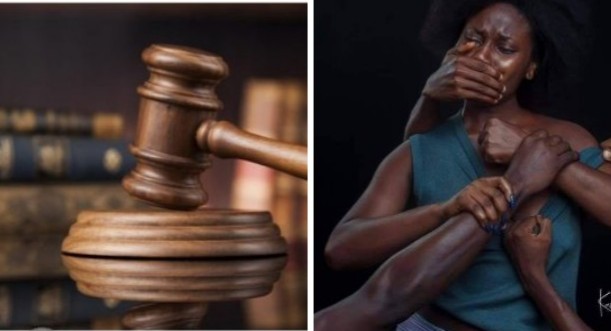 The parents of 16 years old survivor who was lured, drugged, raped several times and impregnated by one Nathan Yusuf a primary school teacher in Namtari, Yola South local government area, Adamawa Central Senatorial District, Adamawa state, Northeast Nigeria, who was alleged to have previously raped two other girls, have lamented that they were insulted after having been inflicted with injury.

“Nathan Yusuf calls us pimps who arranged an immoral meeting between him and our daughter resulting to an unwanted pregnancy.

“Rodney Nathan the NUT chairman and a traditional title holder, corroborated this by supporting Nathan Yusuf the rapist claim that it was a love affair, which was endorsed by us the parents who impliedly, subjected our daughter to prostitution.

“The DCR’s intervention to have the rapist released and the case scawshed, impliedly suggested his support to the rapist,” the survivor’s relative said.

Rape is an unbailable criminal offence. It is however unbeliever that a rapist, a teacher for that matter, who confessed to drugging before raping to impregnate a minor, would get the blessing of “an order from the above” to be released from prison and have the proceedings for the criminal offence suspended without explaining to the complainants why their grievances would no longer be addressed before the law.

“We’re told and the correspondences have suggested that the deputy chief registrar has directed for the immediate release of the rapist Nathan from prison. He has also directed for the halting of the proceedings,” the survivor’s parents lamented.

Recall that the Periscope articulated that the counsels to the alleged rapist represented by A.P. Japhet Esq, P.E. Kwayine Esq, and O.N Ededa Esq of YANTA SOLICITORS claimed that the unwanted pregnancy was resulting from love affairs- between two lovers not a rapist teacher against his student – under the watch of the (corrupt and morally irresponsible parents) who subjected their daughter to prostitution for a miserable amount;

“…the matter is strictly Civil, as it borders on love affairs between a 16 years old girl and her lover, with tacit consent of parents who have been collecting clothing, money and food from the Defendant. (We have proofs),” the petition letter reads.

Love affairs not rape unfair! The Counsels admitted that the survivor was a minor (16 years old) without telling the DCR how old was their client accused of and confessed to have committed seeming criminal offence.

Why should the accused resort to drugging his babe before having sex with her? Is it also out of love?

Is it out of sympathy, kind of support and motivation or the accused simply considered his claimed philanthropic gestures to his promising student with her parents as a bride price kind of license to a carnal love out of wedlock, is that what is obtainable in Namtari community?

Is it within the law that a teacher should take advantage of a minor as student for a friendship that is capable of taking her out of school for destruction with unwanted pregnancy?

The Counsels to the accused criminal claimed that the case was merely civil in nature not criminal. Therefore, the Defendant ought to be granted bail failure to which injustice was perceived that should necessitate the transfer of the case to a civil jurisdiction and the granting of bail.

Acting on the petition letter, the Deputy Chief Registrar wrote a letter to the Hon. Judge, Criminal Area Court, Yola town dated 24th October, 2019 to not only respond to the petition against his alleged unfair position on the case but also to release the accused from detention and suspend further action until further notice.

The correspondence from DCR to the Criminal Area Court Judge reads thus:

I am directed to write and endorse the attached complaint for your comment and explanations.

Meanwhile, you are directed to release the accused from detention with immediate effect and stay action until the receipt of further directive from this office.”

Could it be conjured up that the DCR is agreed that the Criminal Area Court Judge has no jurisdiction to handle this case because it is presented as a mere civil case as was argued by the Counsels to the Accused?

Why would the Hon. Judge be suspended from further action on the case that was unanimously agreed to have an accelerated hearing and ruling?

Why should the accused be released from detention or even on bail, when his “love affairs” using drugs against a minor resulted in unwanted pregnancy? The Periscope asked.

“When the situation gets out of hand, justice is getting further away with the support of those who think that we’re a nonentity in our community, state and the country that our morality will be raped with impunity against fundamental human right and the equality before the law, that is when the criminal and those in conspiracy to the crime by supporting and defending him, will realise that they too are human beings and cannot escape lamenting misfortune.

“We’re simply patiently waiting and watching with keen interest,” a man of wisdom who is simply addressed as Jauro by those around him was reported to have said.

FTH Gombe in mourning over the death of CMD

Adamawa Muslim Council Deployed To Play The PR To Fintiri Led Government! A Floodgate Of Reactions