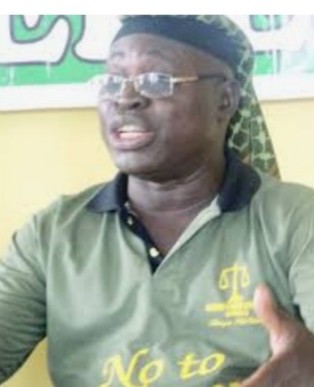 * Nathan Yusuf a primary school teacher, confessed to drugging, raping and impregnating a Fulani teenager in Namtari, is released from detention and the court hearing unduly suspended on the orders of the court Deputy Chief Registrar in Yola, the Adamawa Muslim Council is yet to make the MURIC kind of pronouncement challenging conspiracy, complecency and impunity, analysts remark

An 18-year-old Hausa girl, Maryam Dauda, who had been missing for several months has been found in the home of an Igbo man, Alex Chukwugo. Maryam went missing in January 2019 and all efforts made by the parents to locate her failed. Although the parents heard news of the missing girl in June 2019 (six months later), they were not allowed to see their daughter until October 2019 when they were invited to Alex Chukwugo’s house to see her with a newly born baby.

Meanwhile the Muslim Rights Concern (MURIC) has kicked against the circumstances in which the girl was found. The group’s anger was expressed in a press statement issued by its Director, Professor Ishaq Akintola, on Wednesday, 6th November, 2019.

“This is frivolous, preposterous and unacceptable. Alex Chukwudi has abducted the Hausa girl. There is no other name for it. We insist that it is abduction. Alex as a fellow Nigerian knows the due process when it comes to marriage but he refused to follow that well-known process because of his criminal motive.

“He used deceptive means to get the girl into his house since January 2019. He has kept the girl in his custody against the girl’s will and definitely without the parent’s knowledge. During that period the parents were in severe emotional trauma. Alex Chukwudi has subjected Mr. and Mrs. Dauda to untold hardship, unlimited suffering and unprecedented psychological topsy-turvy.

“Without revealing their true identity, they posed like security men performing their official duty. They exchanged telephone numbers with the parents and told them that they could not be allowed to see their daughter yet. It was only about three weeks ago (four months after the nocturnal visit to the girl’s parents) that they invited them to the house of the abductor of their daughter. The parents were shocked when they discovered that their daughter had just delivered a baby.

“The parents left in anger and a concerned Hausa man who is educated came to MURIC’s office to lodge a report. We had no option than to go to the police and the suspect was arrested on Sunday, 3rd November, 2019. As we go to press, both the suspect and his abducted victim are in Police headquarters, Ikeja.

“One thing is very clear in this case. Alex Chukwugo gave the parents this shabby treatment because they are simple peasants with no Western education. But we are assuring him that he miscalculated. MURIC will stand by every Muslim against his or her oppressor. We will uphold the rule of law no matter whose ox is gored. Gone are the days when Muslims are treated like dregs of their societies. We are prepared to use every legitimate means to ensure that Muslims get redress from their oppressors.

“MURIC is a ‘watchdog’ in this case and we are going to monitor events from now on. Alex Chukwudi must be arraigned in court. We will not rest until the parents of Maryam get justice.

“Something interesting seems to be going on in this country. Muslim children are being kidnapped on a daily basis since the past ten years particularly from the North. The destination has been the Southern part of Nigeria and now Alex Chukwudi has rubbed it in. Our daughters are now being lured into secret enclaves. They are kept in custody against their will. They are repeatedly raped until they submit to their abductors. Alex Chukwudi must be taught the lesson of his lifetime.

“On a last note, MURIC demands justice for Mr. and Mrs. Dauda. We call on the Lagos State Ministry of Justice to invoke the full powers of the law in this case. Alex Chukwudi and others like him must be made to face the full wrath of the law. Nigerians are watching. MURIC is on 24-7 vigil.

After 7 months with salaries unpaid, the Bindow appointed from 2017 to 2019 now know their fate

Words between media aids, on sacking of aids, expose a rift in the presidency, critics say