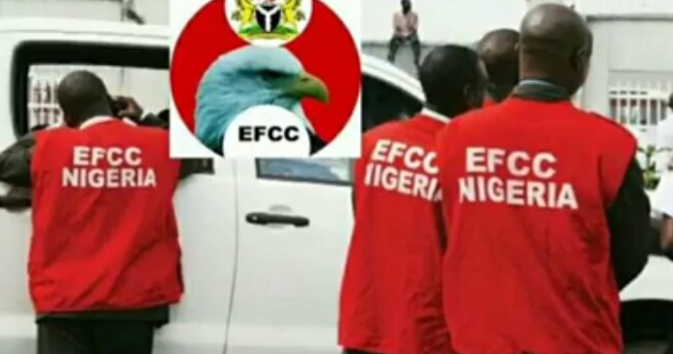 In the petition obtained by Ripples Nigeria and dated October 16, Oguche also accused Yusuf of owning a hotel and bakery in Abuja, which he said is against the NIA service guidelines

The petitioner further accused the NIA director of operating an Illegal Bureau de Change from the hotel located in the Wuse II area of Abuja.

He also accused the NIA official of falsely declaring that he is from the Sayawa tribal group in Bauchi State when actually he is from Igala in Kogi State.

“He is the chairman of the hotel alongside his three children – Kabiru Ismaila Yusuf, Habiba Ismaila Yusuf and Yusuf Abba – acting as directors,” the petitioner said.

According to him, the funds siphoned from the NIA are exchanged at Yusuf’s illegal Bureau de Change.

The petition read: “Contrary to the law establishing hotel or bakery businesses, there is no signpost for the either of the two businesses, ostensibly to evade taxation payable to the Federal Inland Revenue Service and other levies payable to government.

“It may equally, have been intended to avoid paying the five percent VAT being charged on customers’ bills.

“The secrecy surrounding the operations of the hotel are both suspicious and smacks of other clandestine activities, possibly cultism.”

Oguche claimed that his findings are open secret to the staff of NIA, adding that the Director-General of the NIA, Amb. A.R Abubakar, personally visited the hotel in March this year.

He also alleged that Yasuf has another hotel in Lagos and lives in a palatial house in Wuse II, Abuja, “which is far beyond his legitimate earnings.”

Oguche urged the EFCC “to investigate and determine whether as a civil servant, Yusuf, is permitted to run these types of businesses and whether it is permissible for him to serve as a signatory to the accounts of any other businesses outside the NIA, where he is the director of administration?

“To determine if appropriate taxes are being paid to the appropriate authorities on these businesses and if he has paid ‘Pay As You Earn’ taxes from these extra earrings.

“To also determine if operating the hotel and the attendant deals with the NIA in accommodating its staff as guests do to amount to a conflict of interest with his duties as an officer of the agency.

“To probe into the background of the said Ismaila Yusuf to determine if he is actually Basayi from Bauchi or Igala from Kogi; and to look into any other issues surrounding his enrolment into the NIA and the attendant acquisition and ownership of these multi-billion naira properties.”

The petitioner pledged to make himself available to the EFCC during the investigation into the matter.

Unperturbed by the Sahara Report on his assets and activities, Ismaila Yusuf, the NIA Director of Administration, said he knows those responsible for the exposure and their mission is dead on arrival, he also threatened to deal with them.

The influential and boastful Director is said to know the inner circle of the Presidency, and had worked and related with notable personalities in Government that would ensure nothing happens. Insider sources also reveal that the Ismail relies on certain laws (not verified) in Nigeria where it is said that security and Intelligence Officers are exempted from assets declaration, so he could not have declared his assets even if he wanted to, and that EFCC or ICPC, are not empowered under the law to investigate Security Agencies and personnel.

Whether the anti graft agencies and the code of conduct bureau will swing into action on Mr Oguche’s petition and deal with this monumental acts of corruption, or it would be swept under the carpet like other petitions remains to be seen as Nigerians are keenly watching.

Sadique-a-na-tion: From The Provost College Of Nursing, To Executive Secretary Pilgrims Welfare Board