Sadique-a-na-tion: From The Provost College Of Nursing, To Executive Secretary Pilgrims Welfare Board 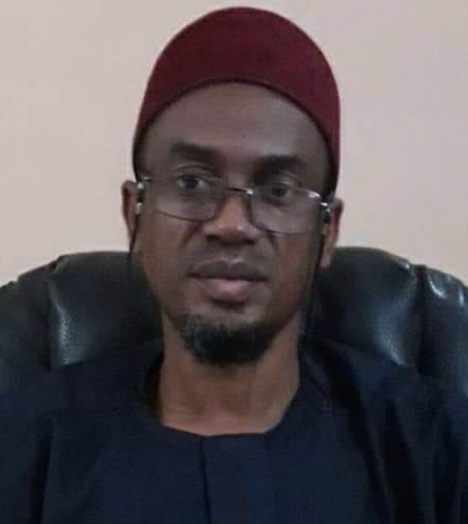 I was initially angry with my brother-in-law; Rt Hon. Ahmadu Umaru Fintiri the Adamawa state governor, with the redeployment of the Permanent Secretary Abubakar Salihu Gurin; simply called Sadique, to the Adamawa State Muslim Pilgrims Welfare Board, to serve as Executive Secretary. 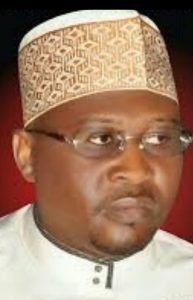 I was not happy with the redeployment and have failed to conceal my lack of loyalty to the development when to this day, I have neither visited him in his new office, nor at the Provost House the projects abandoned for decades he translated in developmental terms to reality in the College of Nursing and Midwifery Yola, nor use a phone call and in fact, not even sent a congratulatory text message.

Sadique, though could hardly notice my withdrawal, owing to the million of well wishers; weighty personalities beyond my weighing, My anger could not get to subside.

It isn’t that I was against his success, prospect, progress, programme and development. Why should I be sit tight sad against Sadique’s achievement I considered to be mine? We were not only both columnists with the SCOPE newspaper, a public weekly publication; between 2012 and 2013, he as nursing educator and I, engaged with the activist activities using the press against the unnecessary, uncalled for imposition of curfew, owing to the undemocratic declaration of state of emergency in Adamawa state, resulting from the insecurity occasioned by insurgency in Borno and Yobe states, Sadique is my elder brother you know, for those who can trace the history. 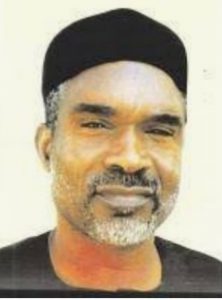 Saduque, without any lobby, was discovered by the former governor Murtala Hammanyero Nyako, Baba Maimangoro, as a worthy and honest achiever that would be capable of taking the college of nursing and midwifery Yola from its state of wild grass that could hardly be grazed on, to a wonderful grace, graded by amazing performance, having been made the provost.

After the not to be disappointed Nyako, former governor Muhammad Umaru Jibrilla, Bindow saw a window to the atmosphere of wonders with the achiever in Sadique who has almost moved out of the college provost residence he completed the building and occupied after having almost rounded up a four-year tenure as provost.

I was a participant, making a witness, sequel to an invitation extended to me by Sadique the provost, where governor Bindow declared glad tiding to the college at the occasion that was to earn the governor an overwhelmingly unprecedented ovation. It was amazing when the entire tenants to the college; both the staff and students, along with the invited guests, celebrated the news, not from the press, the Periscope would have been the first to capture in details the mood of the moment, not from any of his media aids or the commissioner for health; another promising lady in Bindow’s cabinet, but from the horse’s mouth; the governor himself that Sadique’s tenure as provost was renewed for “another four years”.

“You want to leave us I’m told, but I’m not letting you do so, not until you accomplish the noble mission of taking our college of nursing and midwifery to the next enviable level. 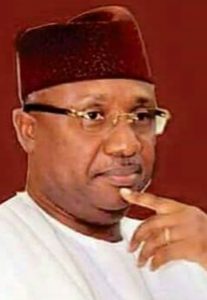 “Therefore, by the powers vested on me as a governor, I have approved the renewal of your appointment as a provost for the second term of four years,” governor Bindow, my brother with whom we have an internal strife resulting from the monarchy in Maiha, the question of the legitimacy to the district headship of Jalingo-Maiha that temporarily sets us apart, publicly declared, while addressing Sadique, which incinerated the public fears as were insinuated that the institution would degenerate “back to its disgusting rot disguised as professional efficacy; lacking capable successor.

Then, do not bother asking the date at the moment, I wrote a piece, published in the Periscope, kudos-endosing Bindow for the apolitical critical thinking, for the renewal of tenure as a metaphor to a renewal of mandate; that was some distance before the scandal associated with the monarchy in Maiha that I championed the media onslaught against the outlawed.

Sadique’s honesty, diligence, dedication and commitment to selfless service in addition to effective management and efficient administration, earned him a promotion to deputy permanent secretary and eventually,upgraded to a permanent secretary, serving at the same time, as a provost. The only provost the college of nursing nurtured from scratch; spanning a period of more than two decades. 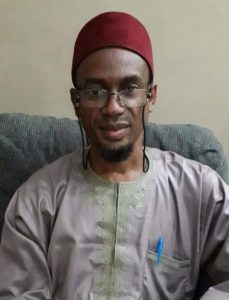 As the provost of the health institution, Sadique was a recipient of the 2016 and 2017 The Periscope Global Publishers Multiple Awards of effective leader and efficient health educator in addition to being a 2018 and 2019 similar awards nominee, among other national meritorious recognitions.

When Sadique initially embarked on a journey of “total transformation” of the college of nursing and midwifery with his appointment as a provost in 2012, the doubting Thomases conceived that the Fulani like herdsman could only lead to complete the total collapsing of the college, owing to the near impossible to be addressed challenges inherited.

Lamenting over the rot and criticising the previous chains of leadership, would scare away the spirit to success, Sadique would have thought, have had the self-confidence with the Obama “yes I can” philosophy, he put the challenge on himself that not just could, he would change the system to everybody’s admiration.

On the records, the Periscope investigation revealed previously, Sadique took off at 28% in Midwifery and 42% in Nursing.

With effective and efficient, teacher-students focused leadership, with integrity as a watchword, the college under Sadique, steadily rose to 100% for each of the 4 accredited programs, closing 2018 at 100% for 3 of 4 programs and opened 2019 with 93% in Midwifery.

The comprehensive results for May 2019 external examinations for nursing courses, which were published on June 24, 2019 revealed that the college scored 100% in all the courses respectively; Basic Nursing, Refresher and Post Basic Nursing.

There has been collaboration between the college of nursing and her immediate neighbour the Federal Medical Centre FMC Yola, which led to the success in improving the academic activities of the college; theory and practical experiences in addition to establishing a school of post basic perioperative nursing in FMC Yola with classes holding at the college of nursing as approved by the Nursing and Midwifery Council of Nigeria NMCN.

The collaboration has equally influenced the NMCN to transfer the posting of student nurses on training from the State Specialists Hospital, Yola to Federal Medical Centre, Yola for better output owing to proximity, hi-tech facilities, human capacity; professional commitment and political will on the side of the management of the health facility. 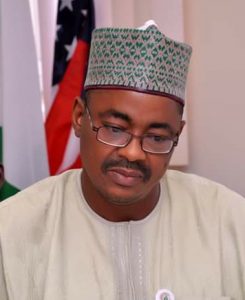 There were mapped out plans and more collaborative strategies between the college and the management of FMC Yola with a view to improving the coverage and quality of healthcare service delivery in the state and beyond, when the shocker for a breaking news was issued out that the selfless service achiever, the provost of integrity, Perm Sec Sadique’s
service “is being transfered from the college of nursing to the pilgrims welfare board” where integrity in the activities leading to the holy land “is at the moment, most required,” a friend would reveal me.

“Your brother is found to be sincere, in fact, more saint than was estimated as was established by the report of visitation panel to the college of nursing. Fintiri wants reality, justice, transparency, efficiency, effectiveness and quality control. An authority in practical integrity considered as most Godfearing to take over leadership in pilgrim activities. All hands have pointed Abubakar Salihu Gurin the provost. We didn’t like it but there was at that moment, no better option. You must bear with the circumstance brother,” a friend taking the persuasive angle explained.

As the name and character reflect reflex in religious Abubakar is Al-siddiq meaning the trustworthy full of honesty. So what do you expect?

I was really contemplating over the faith of the college of nursing after Sadique. A friend silently said, simply pray, situation will take care of itself in God’s name.

To make up my anger I have resolved to be publishing the activities of the Adamawa States Muslim Pilgrimages Welfare Board under the watch of Sadique, in the Periscope, before, during and after Hajj pilgrimage, you could call it a debrief. If you have an objection, go tell it on Chappal Waddi, a fulfulde word to have been pronounced “chappal waade,” crudely translated to mean “mountain of death”, location; Mambila Plateau, Taraba State, Northeast Nigeria. The highest in the country.

This is my contribution in prompting the activities of achievers without any promoting like FMC Yola with the MD Prof. Auwal the achiever Muhammad Abubakar, MAUTECH Yola with the new 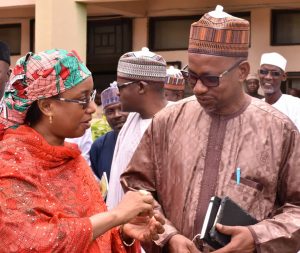 VC Prof. Liman the achiever Tukur, Konngol SilverTongue; Media and Language Training Institute with the founder Prof. Abubakar the achiever Abba Tahir and Sen Aisha Dahiru Ahmed the achiever Binani; this is so far. I

Sadique-a-na-tion of Muslim pilgrims welfare board; before and now 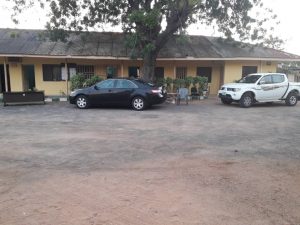 Before the 30/10/2019, even the corporate Executive Secretary would feel ashamed to bring his friends not to think of high produced personalities on official visit to his office. 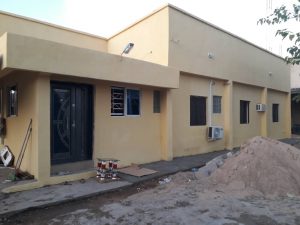 “Office maintenance completed and I have moved into mine. Other staff will move on Tuesday. 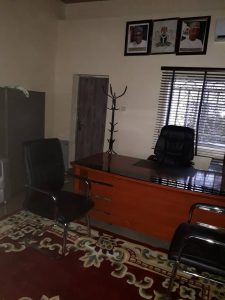 “Alhamdulillah, it’s now history, we can compete favourably with most of our peers today! 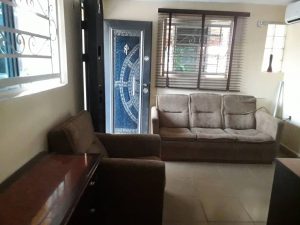 “In sha Allah, you supporters and His Excellency will not regret getting me appointed because the dreams I have for the Board are lofty and attainable,” Sadique assured. 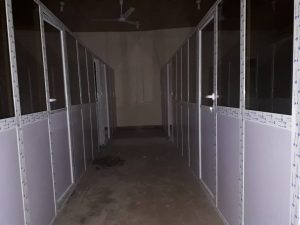 Words between media aids, on sacking of aids, expose a rift in the presidency, critics say