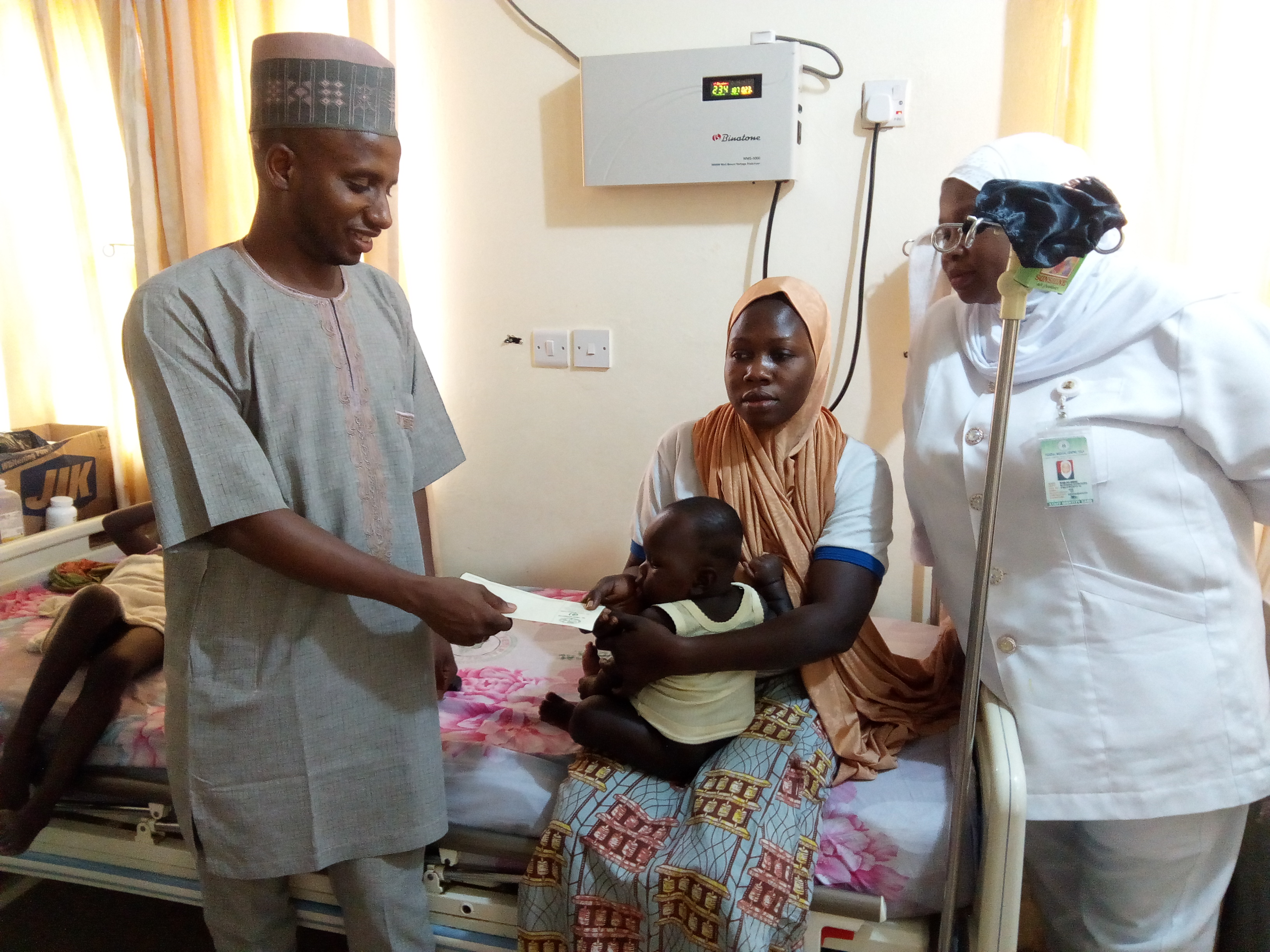 Mohammad Gidado Mohammed, popularly known as MGM, in his usual philosophic gesture, has visited the 5 years old girl brutally raped by a beastly Abbati who is currently been fattened with taxpayers money at remand home as punishment for his crime, while the survivor is being hospitalised and managed at FMC Yola on not any government but philanthropic interventions.

MGM, the United Narions-POLAC’s Peace Ambassador and Sarkin Dawakin Jimeta, was surprised that Yola North Local Government Authority, was yet or has not even thought of taking the responsibility of the hospital bills and feeding the survivor who hailed from Jimeta.

“I’m surprised when I was told that it’s FMC Yola that is taking this responsibility; waiving the fees for multiple surgeries, hospital bed and other bills. And that the survivor is feeding from not a government but philanthropic sources.

This is shameful. Yola North LGA ought to have shouldered this responsibility, really.

Governor Fintiri was the only known politician in government that has personally visited the survivor at FMC Yola.

Her Excellency Lami Fintiri has been visiting the survivor. Her financial assistance has been helping in the feeding and other needs for which MGM has commended.

MGM was the only politician other than Governor Fintiri and wife, either in government or seeking for political appointment or election in Yola north that has visited the raped minor so far.

The visit, MGM said, was merely a need assessment, which would translate to other patients on admission.

The survivor and mother have registered their appreciations, nothing that it has taken a while having such a visit, least expected.

MGM has been financially intevening, using the NGO called “MGM Foundation,” he initiated and is fully funding, for the period of over three years that we have been following the events; capturing the Periscope’s mood of the moment.

There was similar assistance to the quadruplets with their mother about two years ago When MGM visited them at FMC Yola and other patients at state specialists hospitals.

“It’s not proper for the parents to abandon their children; running away from parental responsibility in the pretext of sending them to seek for Islamic knowledge called almajiranchi.

“It’s equally wrong for the community to fold its arm against addressing the impunity, lest the almajiranchi degenerates to banditry as we have the ‘Yanshilla nuisance in Jimeta, Yola North and the often reported cases of rapes, with survivors mostly minors.

“I’m shocked when I read the report of this 5 years old girl brutally raped almost to the point of death.

“This is an intolerable crime that must be brought to its end in Yola north in particular and Adamawa state. Given the opportunity, I can end it, In Sha Allah,” MGM assured.