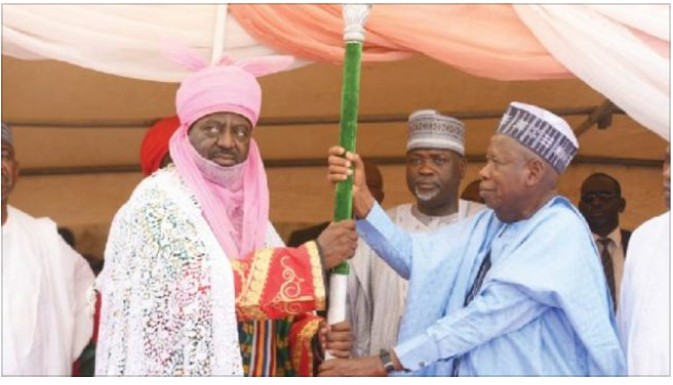 Usman Na’Abba, the presiding judge, gave the order, holding that the creation of the emirates did not follow due process.

Na’Abba said the state house of assembly violated the provision of section 101 of the 1999 constitution, which allows the assembly to make laws.

In May, the governor created four additional emirates in Kano — Bichi, Rano, Karaye and Gaya — in a bid to whittle down the influence of Muhammad Sanusi II, Emir of Kano, though he said the move was for administrative convenience.

Ganduje said the challenges of the Kano emirate were “too weighty” and that the new ones would bring development closer to citizens.

The creation of the new emirates was said to have been targeted at Sanusi who reportedly worked against his reelection.

To challenge the action, four Kano kingmakers filed a suit against the governor and state government.

Earlier, Rabiu Gwarzo, a member of the state assembly, also filed a suit challenging the creation of the new emirates.