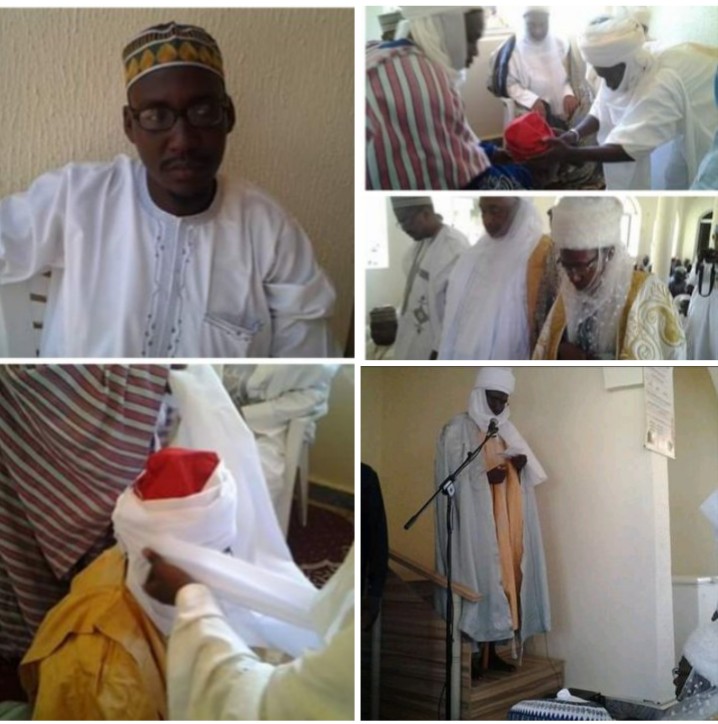 The PeriscopeFaith with Adamu Muhammad Dodo

Anywhere there is a, or there are Muslims, a place of worship- five daily congregational prayers- is identified. It could be a plain ground, later to be upgraded with a kind of demarcation and eventually, building erected to be referred to as mosque.

When FMC Yola was relocated to its permanent site in 2006, there were portions being allocated for building of mosque and church.

Congregational or obligatory prayers did not have to wait for Muslims to build a mosque. It was started along with the relocation. There was however, like a call to prayer, a call to build a mosque to shield the faithful from praying under biting sun, harmattan and/or heavy downpour.

God-fearing faithful, whose names would remain not to be mentioned as they have pleaded, equally contributed money and building materials as external members.

A mosque was eventually built. Its standard was such that some faithful external to FMC membership, suggested that it has all that its take to be upgraded to a status of Jumua’t mosque.

Few years later, IMAN members are agreed that upgrading the status of the mosque, would give patients with their relatives the opportunity to observe Jumua’t prayer in congregation as much as the Muslim staff on tight schedules.

Little IMAN members did know that the approval for the upgrading of FMC Yola mosque, would, without tears, be granted by HRH the Lamido Adamawa Muhammadu Barkindo Aliyu Musdafa PhD, not until when the request was formally presented before the Adamawa Emirate Council.

About three months after the approval of the upgrading was received, arrangements were concluded in terms of appointing the Jumua’t principal Imam and those to assist him, upgrading the standard of convinience and place of ablution, security control and parking space, among other things.

IMAN FMC Yola wrote to His Royal Highness requesting for the commissioning of the Jumu’at prayer mosque.

The request was granted. The mosque was commissioned on November 17, 2017 by HRH the Lamido Adamawa, ably represented by the Galadima Adamawa in company of Hakimin Yola (Chika soron Adamawa).

The Imam was tasked not only to lead prayers but to strengthen the unity of the ummah entity and to transmit Islamic knowledge in its entirety.

The Jumua’t prayer on the commissioned day, coincided with the handing over of IMAN leadership to the newly elected executive members.

Ustaz Haruna Yawale, one of the propreitors of Ibnu Abbas Academy, is the principal Imam of the mosque in FMC Yola. The first Qutba was on the call to the unity and worship of Allah SWT alone; a summary of what remained obligations as enjoined on the Muslim to do and/or to avoid doing.

Qutba on articles of faith, fate, Islamic pillars, knowledge, propagation; Muslim media against music, movies and Islamaphobic propaganda, the Creator, the created, the creation, peace, unity, generosity, meanness, greed, leadership, followership, wealth creation and management, marriage, time utilisation; birth, life and death, were among the themes of the Qutba challenging, educating and informing the faithful, from the day of commissioning.

FMC Yola Jumuat Mosque was one year with the commissioning on Friday November 18, 2018; the theme of the Qutba of the Friday of the year was: TIME UTILISATION IN ISLAM. The bottom line is the living was a dead man and would eventually die, making his sojourn on earth only a dream.

How one manages his dream within three seconds, to wake up to the reality, is tasked on the level of one’s commitment to the preparation for the journey to heaven, philosophically speaking.

Today’s was a continuation from the previous five Fridays’ Qutba; reminding and teaching the Ummah the benefits of giving, generosity, charity; who should give and who should be given alms, and the consequences of meanness.

Today November 22, 2019 is a Friday that marks the end of the second year and the beginning of the third year with the commissioning of the mosque in FMC Yola.

The Periscopefaith shall continue to report the Mosque’s Friday qutba. Sponsorship is solicited from those who could afford with ease in peace for a jazakallah.

Imo Muslims mourn the death of Akubuo, pioneer of Islam in Igbo land