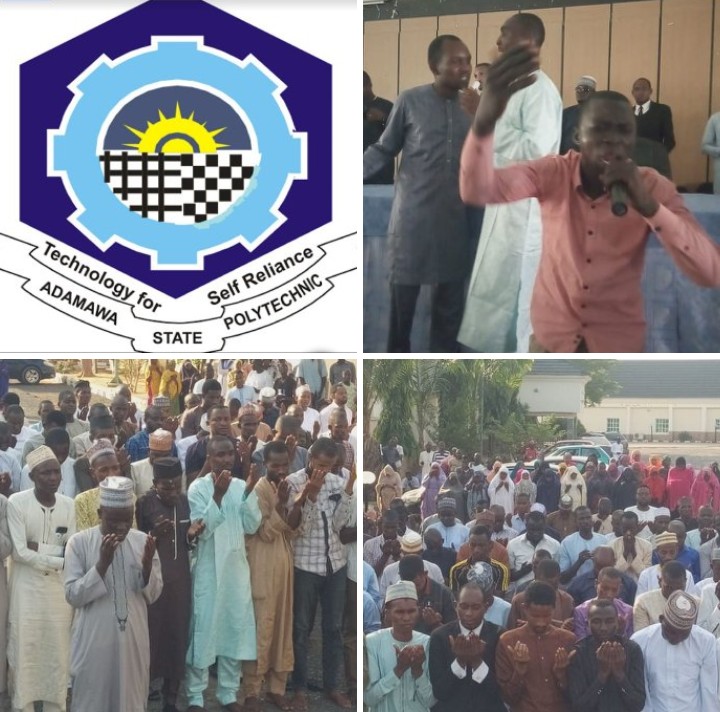 The Adamawa State Government has commenced payment of N32,000 minimum wage from the month of November, 2019.
but only the junior workers on grade level 01 to 06 are benefitting.

Payment of salaries has commenced since Monday depending on the banks. While the senior staff with the state government lamented that prices of commodities have skyrocketed in the market owing to the announcement of the commencement of implementation of N32,000 minimum wage that they are not to enjoy, the junior workers are jubilating over what they considered as jumbo payment; commending Fintiri for fanning fresh air, since they have not been enjoying the senior officers’ air conditioners both at home and in the offices.

The staff with the State Polytechnic SPY Yola, employed during Sen. Muhammadu Umaru Jibrilla Bindow leadership from 2016, who were some weeks previously served with a stand-down letters, were told to report to the institution tomorrow being Friday to be served with a another fate letters.

In a circular placed on the notice boards of the institution, which was initiated from the office of the Registrar, dated November 27, 2019, the affected staff were informed that the stand-down appointment letters earlier issued to them have been cancelled.

“However, all staff that were employed with effect from 15 October, 2016 to date, are to check their letters as it affects them with their respective Directors/Heads of Department on Friday 29th November 2019.”

The letter was signed by Mrs Rebecca I Kinjir.

The SPY stand-down and the fresh exercise; an improvement upon the stand-down that was withdrawn, was said to be sequel to the grievances registered by a faith organisation, of partiality based on faith against its members, associated with the Bindow led government employments.

“SPY before the Nyako led government had had more than 80% one-sided based on faith both in terms of employment and admission. The shortchanged faith members remained peacefully patient without registering any agitation.

“The Nyako led government tried to do justice by balancing the equation in terms of employment and admission. However, the difference was overwhelming. Nyako was however, commended.

“It’s unfortunate to say that Bindow was partial against a faith in terms of employment and admission in SPY and elsewhere. This really called for a radical statistics,” a senior lecturer in SPY on condition of anonymity, revealed to the Periscope reporter.