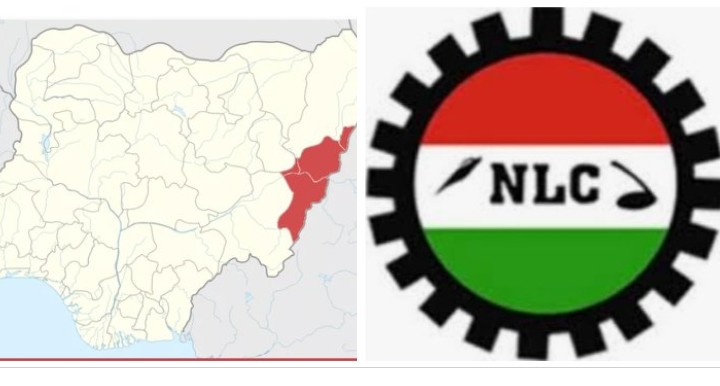 Solo was not so slow at the ATM as was insinuated. He simply decided to go low, untill his son reading law could eventually get through he said, while trying to transfer what was left from his salary to his son in school.

It was not easy to the family for Solo’s son to secure admission into a Nigerian university.

The family would not have been that starving; spending that much money on Solo’s son, had the Nyako’s dream of establishing a faculty of Law in Adamawa State University ADSU Mubi translated to reality. Solo would with frustration exclaimed.

Nyako was not only recklessly pushed out of the window, after risking his life to salvage his subjects as a governor, against insecurity occasioned by insurgency, the dream of having a law school was squarely squashed with a an alleged diversion of executive interest; the insurgency as a conspiracy he fought against complecency eventually reclaimed Mubi where ADSU is cited and beyond.

Solo said that his son would have been to ADSU to study law. It would have reduced the cost and enable the younger ones pursue further education beyond secondary school, since the skills aquisition schemes and the SA initiative, they were hitherto benefitting, were suddenly stopped just after Nyako was legislatively pushed out.

The announcement of the implementation of N32,000 minimum wage by the Adamawa State Governor has given Solo a high hope not slowdown in having his children fully educated.

Solo has not initially received salary alert when some junior workers were jubilating in choreographic chorus that “here comes the fresh air with the N32,000 promised minimum wage. The implementation is true to but the wailers of waivers to shame.”

Solo said he haeved a deep sigh of relief with the breaking of the minimum wage news that he would eventually pay his niece school fees and balance some of his debts. He would earn more salary than his colleagues working with the federal government, he would think.

Behold, the minimum wage was only to apply to some junior workers from grade level 01 to 06. What a mirage of hope! He would exclaim.

“I was later to be told that the minimum wage is paid only to some category of staff; the junior workers but excluding the entire staff with the judiciary, primary healthcare and primary teachers among others.

“the statistic by a social media post, revealed that the payment of the N32,000 minimum wage was effected to just about 20% of the state workforce,” Solo said slowly.

Bello was among the recipients, being a junior worker in a ministry where the N32,000 minimum wage applied. He however lamented that he was still financially suffocating because his brother and cousins were among the over 3000 unpainted salary workers, who would not only enjoy the N32,000 minimum worth of fresh air, but whose appointments would be terminated; it has already started with some staff of Adamawa State Polytechnic SPY Yola.

“Some financial responsibilities of those members of my family and even friends who are among the close to 4,000 workers whose appointments would be terminated, can now be shouldered on me. I can hardly bear it, for lacking the financial strength. The minimum wage will be of no significant impact; still suffocating,” Bello said.

Corroborating, Yusuf said the leadership of the Nigerian Labour Congress Adamawa State was yet to make any pronouncement regarding the sacking of staff and partial implementation of the minimum for which the Adamawa State Government enjoyed free publicity.

“We expected the media to have explained that it is only about 20% of the civil servants in the state that benefitted from the N32,000 minimum wage to be able to have a paradigm shift from the digital talk, a definitive deception.

SPY Stand-Down Scandal: It’s a legitimate rightsiziing, a group says… As another group records over 800 casualties, with many displaced

A Senator, three Professors on a worthy mission for a teaching hospital, medical college, others in Adamawa, invite public to support the Bill