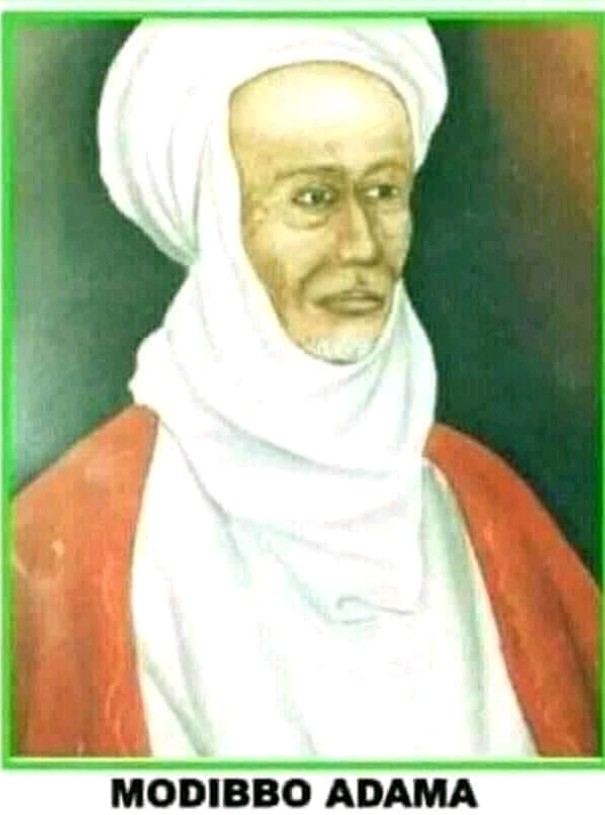 The tribesmen were born and brought up, marry and give birth even out of wedlock, to some of those we teach in a state named after Modibbo Adama yet have shamelessly, fanatically oppose the name of the university that immortalises Modibbo Adama.

There have been conversations on the issue long before last week. One would have thought that the issue, giving way to reason, was buried along with its hopelessness when Prof. Bashir Usman Haruna, taking the hefty and stronger than pig Adamawa cow by the horns, gave back to the academic institution he was managing as the vice chancellor, the name it answered at its birth and earlier baptised by Prof Jibril Aminu, whose idea it was, to establish universities of technology with one in Modibbo Adama state. (You could delete the “Modibbo” and add “wa” if you like).

The hardly civilised tribesmen, feeding on trivial issue for dissention, have been to places, yet could not render to pieces what the man of peace from the Jewel in the Savannah found befitting to Adamawa state. Kudos to Prof Bashir.

They did not struggle to have a university established in the state, yet they are challenging the name given to it.

I asked about their contributions in having the institution cited in Adamawa and whether or not they were given it a thought bringing back “Gongola” to replace Adamawa as the name of the state.

I could recall the same group of tribesmen were challenged by late Barr. Yusuf Aliyu led group to justify their allegation for the mockery and -to adopt Prof. Adamu Farouq Kperogi my friend’s use of language – for “taking Fulani hate speech as a theology to evangelise,” when they in the late 90s and early 2000, ridiculously referred to the Federal Medical Centre FMC Yola as Fulani Medical Centre and Federal College of Education FCE Yola as Fulani College of Education even though statistics revealed that the Fulani constituted just less than 10% both in terms of appointments and students enrollments in the institutions.

We asked about the contributions of the retrogressive tribesmen to both FCE the credit of its establishment of which goes to Prof Jibril Aminu as much as Fed Poly Mubi.

FCE Yola is currently running a degree programme courtesy of the “Fulani” leader, it could have been dead otherwise as has happened to ADSU Mubi after Prof Alkasum Abba; a Fulani vice Chancellor from the Modibbo Adama ancient city.

Adamawa State Polytechnic Yola where I was taught and sat for IJMB examination that led to gaining admission in another university named after a Fulani progressive “Bayero University Kano BUK for a first degree, used to be less than a glorified secondary school with more than 90% of its programmes not passing accreditation, not until when another progressive Fulani Prof Bobboi took over as the rector to fine-tune the academic fortune of the institution.

FMC Yola remains one of the few institutions that enjoys continued progress and development with every change of leadership from Dr Aminu Mohammed Mai to Ali Danburam and now Prof. Auwal Muhammad Abubakar; trust the Fulani progressive, even before the federal government could eventually approve the FMC Yola as Federal Teaching hospital, Postgraduate (residency) trainings have since started in the health facility following the accreditation by the West African College of Surgeons WACS, West African College of Physicians WACP and the National Postgraduate Medical College of Nigeria NPMCN.

College of Nursing and Midwifery Yola has never had it that good; students’ performances and the general achievements written in gold, not until when an incorruptible Fulani progressive by name Abubakar Salihu Gurin popularly known as Malam Sadique took over as the provost of the college.

Sadique’s appointment and principle that have eventually made Modibbo Adamawa State proud, were initially challenged by the evangelists of hate against Fulani leadership.

Now retrogressive are jubilating over the removal of Sadique from the headship of the college of nursing with his appointment as executive secretary, state Muslims pilgrim welfare board instead of lamenting over the missing of an achiever.

For MAUTech, I need not overemphasise the achievers in the young professors as vice chancellors starting from Abdullahi Yusuf Ribadu, Bashir Usman Haruna and now Abdullahi Liman Tukur who takes over only recently and has since started doing wonderfully.

People bother about a Bwatiye memoranda against Modibbo Adama that was not even presented at the Senate public hearing as an eyewitness would reveal. There were other groups of the misinformed, claiming to represent some tribes in Modibbo Adama state who were opposed to expanding the programmes run in MAUTech as much as agitating for a change of name of the university.

The groups were not allowed to waste the Senate’s time. They were simply and maturely humiliated by the chairman of the committee as the following report can disclose:

“I was at the public hearing venue and Adamawa Emirate Council was well represented by the Galadima. They made a very sound submission of 7points position paper. The university was represented by its V.C. and he made a resounding presentation. Other stake holders that took part at the event and supported the conversion of the University included the former Vice President Atiku Abubakar, Alhaji Dauda Birma, a former Minister of Education, the current FCT Minister Muhammad Bello and Dr. Idi Hong also a former Minster. Many other people including my humble self did not get the chance to speak due to time constraints.

“The Bwatiye paper circulating was not even presented at the occasion. It was just a memorandum submitted to the senate committee. However, three people who claimed to have represented the tribes of Gaanda, Yandaang and Kiilba opposed the bill especially as the University will still maintain the name of Modibbo Adama.

“Howbeit, the Chairman of the occasion dismissed their claims as irrelevant and inconsequential because the public hearing was not for naming of the University but its conversion into a fully fledged University.

“On the whole, the gathering approved the conversion of the University and the Chairman promised to lay his report to the senate before it embarks on the Christmas break God’s willing,” end of the report.

The task that could actualise the agitations of the retrogressive tribesmen as I earlier prescribed to them to be able to proscribe anything Modibbo Adama, is to give another name to Adamawa State, otherwise it will remain – as Wilhelm Emrich would describe – an “infernal phantasmagoria of nothingness that vanishes when confronted with the indestructible Fulani progressive programmes aimed at bringing development to Modibbo Adama State.

Atiku joins the convention for the conversion of MAUTech to a conventional university, says Nigeria’s higher education sector is over populated